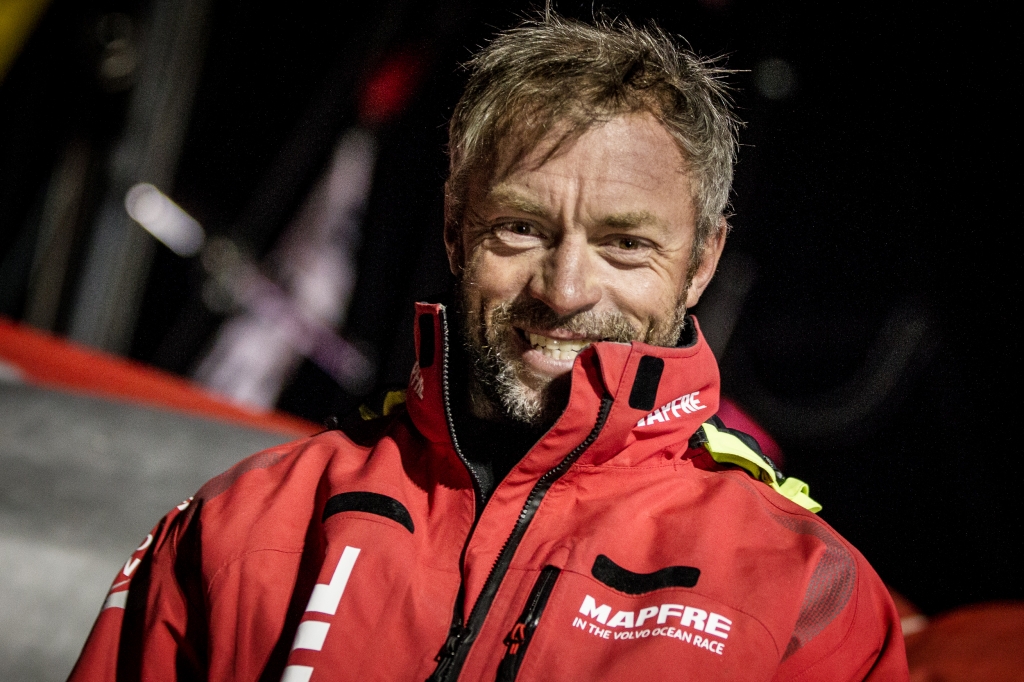 Spanish team MAPFRE have signed Britain’s Rob Greenhalgh as a watch captain for their 2017-18 campaign.

Greenhalgh, who returns for his fifth Volvo Ocean Race and second with MAPFRE, is the campaign's fourth confirmed sailor, following skipper Xabi Fernández, fellow watch captain Pablo Arrarte, and Ñeti Cuervas-Mons, who will be bowman and boat captain.

The quartet boast 14 races between them – experience that will be key as they bid to win Spain's first ever Volvo Ocean Race trophy.

Greenhalgh knows exactly what it takes to compete in sailing’s toughest team event, having won the race at his first attempt, onboard ABN AMRO ONE in 2005-06.

The Volvo Ocean Race starts from Alicante on 22 October and the teams will race more than 45,000 nautical miles around the world in a grueling test of sailing skill and endurance. A total of 12 Host Cities will welcome the teams over the course of the race, which lasts more than eight months and finishes in The Hague.

Skipper Xabi is delighted with his new recruit: “Rob has a lot of experience. He has already won a Volvo Ocean Race, has been second in another one and has sailed with so many different people and in all types of boats.

“He is strong, determined and does not compromise. It is always good to have a sailor with the experience Rob has in an important position like watch captain.”

Greenhalgh's association with the Volvo Ocean Race goes back all the way to 2004, when Kiwi Mike Sanderson called to offer him a position onboard ABN AMRO.

Since then, he's competed in three more Volvo Ocean Races, and an America's Cup – and he's back in the toughest race of all, eager to get his hands on the trophy for a second time.

Everything you need to know about Rob Greenhalgh: