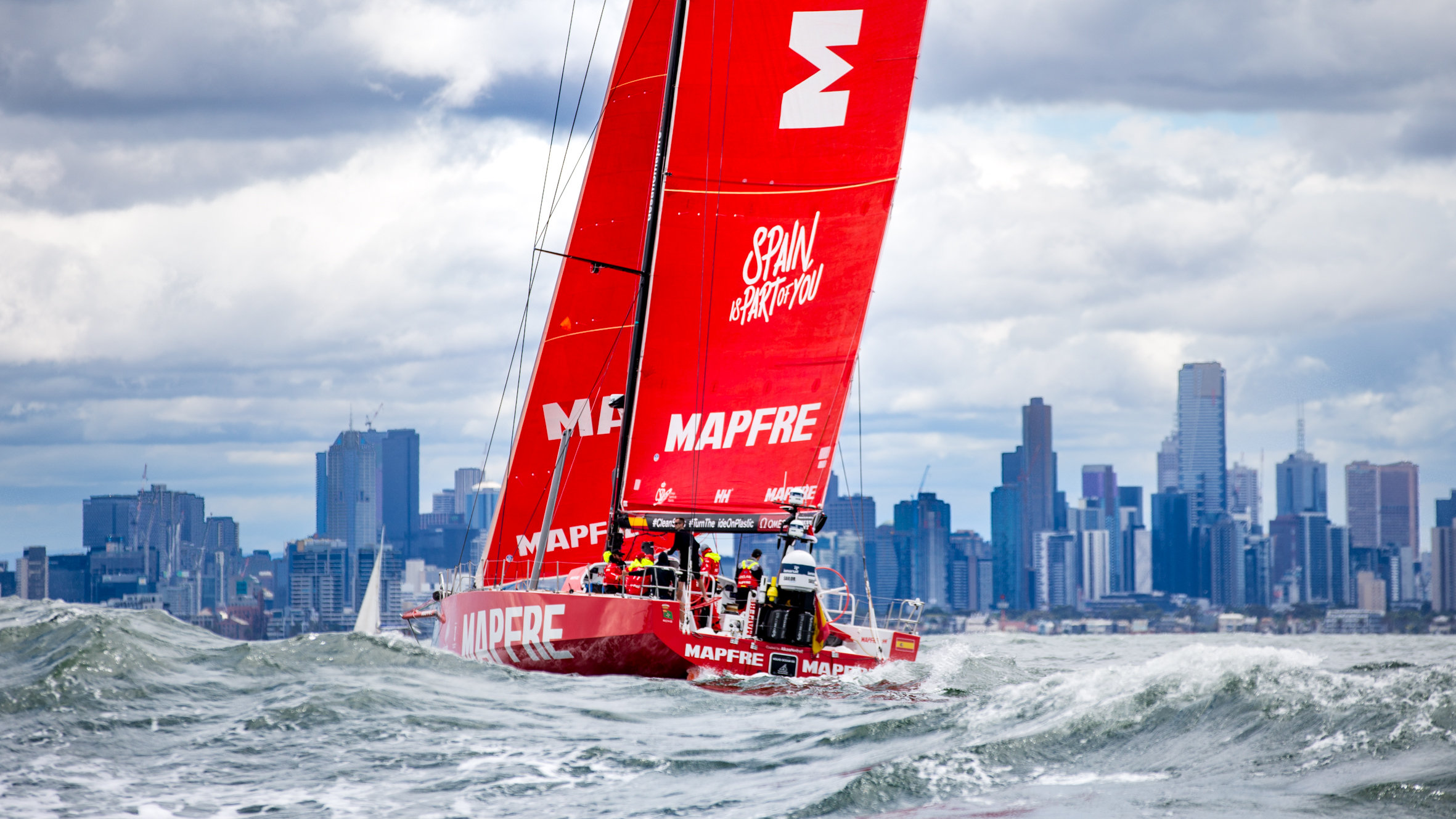 A new year begins, and with it a new leg of the Volvo Ocean Race 2017-18. On Tuesday 2nd January 2018, the seven boats of the fleet will line up on the start line in Melbourne (Australia) for Leg four of the round-the-world race. Currently leader of the race, MAPFRE, is preparing to set off once again and complete the 6,000 nautical miles to Hong Kong. A complicated leg, strategy will be absolutely fundamental.

Xabi: “We have to be ready for everything.”

Unquestionably one of the most complicated legs of this new edition of the round-the-world race, Leg Four is a real challenge for the navigator. Constant changes in meteorology; the passage through the Doldrums, crossing the equator once again, the Coral Sea, Papua New Guinea and the Salomon Islands, the 6000-mile route is an obstacle course offering a number of climatic zones where the crews will not be able to let their guard down from the start in Melbourne until the finish line in Hong Kong.

The start is programmed for 14:00h local time on Tuesday (0300h UTC), and the fleet will begin their ascent northwards along the east coast of Australia.

“On leaving Melbourne we will have westerly winds, which are typically more shifty. For the start, the prediction is a south-westerly wind coming from a front, and once we start making our way up the Australian coast, the winds will shift eastwards. We will then come into another area that might be quite active, known as the ‘Australian front’”.

The fleet will then begin to sail under the influence of the South-easterly trade winds, taking them into the Doldrums, with another crossing of the equator, although they will have previously had to face the passage through the Coral Sea, the Vanuatu islands and the Salomon Islands, among others.

“Once we are through the Doldrums we will have the trade winds again, this time the North-easterlies until we practically reach the Philippines, or are even closer to Hong Kong. In Hong Kong things might change, but normally in this area, the North-easterly trade winds become a northerly monsoon. The Asian coast is quite cold in winter, and it creates a monsoon effect and northerly, even North-easterly winds. But that will be more towards the end of the leg,” explains Vila.

It will unquestionably be a complicated leg, and MAPFRE is well aware of the need to remain attentive of each key point on the route, and to keep a constant eye on the weather information. Although the predictions are not currently showing any hurricane formation, the fleet will be sailing in typhoon season.

As the team’s skipper explains,

“We will probably have quite tricky weather conditions crossing Indonesia, with the trade winds at the equator, and then anything might happen when we are north. There might be monsoons, a lot or very little wind, downwind or upwind conditions. So we will have to be ready for everything.”

The importance of strategy

Strategy is naturally fundamental in this fourth leg of the Volvo Ocean Race.

“Tactically this leg is going to be much trickier than the last,” Xabi explains, “I am sure that more boats will be more competitive this time. I think that more extreme options will be taken in this leg, as there is nothing to lose. We will have to make some tough decisions, but we will do so once we are sailing.”

Navigator Joan Vila has used the last few days in Melbourne to study both the route and weather conditions in great depth. Preparation is essential to have some guarantees when facing each of the key stages of this leg.

“From a strategical point of view, the most important thing for this leg is the passage through the Doldrums, which are quite active here, and it will probably be a more extensive area of calm, than we went through in the Atlantic. We will need to leave the Salomon Islands to port, and it will be an important turning point as we will pass them just after the Doldrums, and that might well influence the whole leg. We will also have to be attentive to the coral reefs, since there are coral islands that are quite small, but appear out of nowhere. In the areas surrounding the Philippines, if we are close, we will have to keep an eye out for fishing areas,” concludes Vila.

According to calculations, it should take the fleet 19 to 20 days to complete the 6000-mile leg.