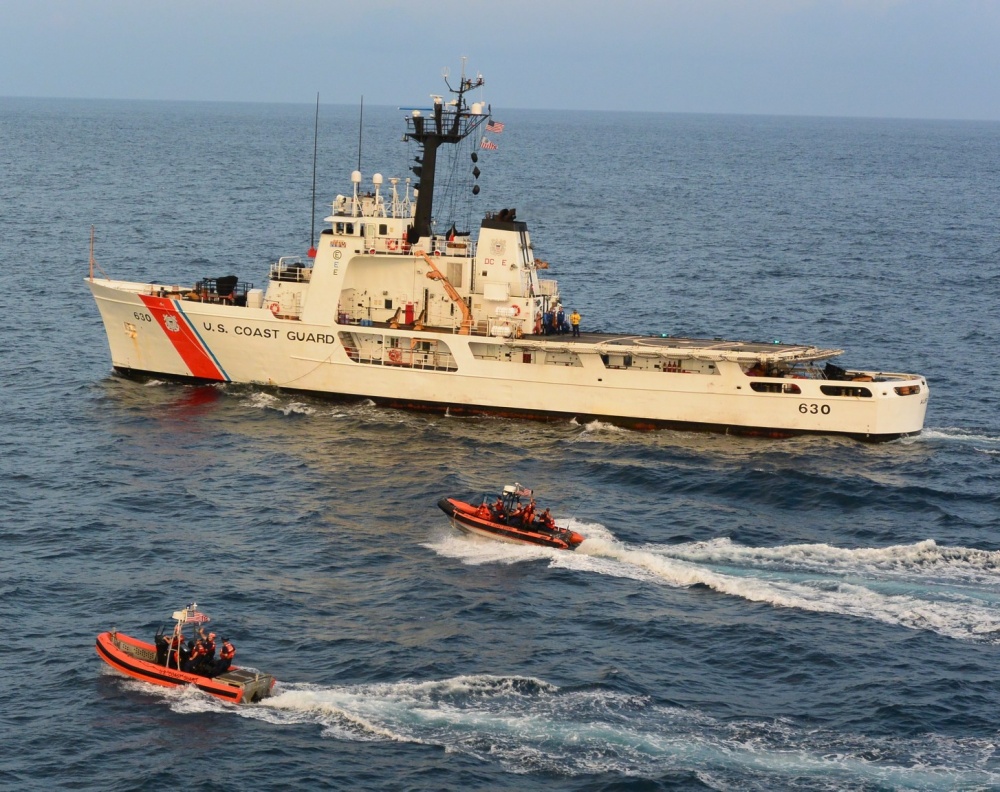 PORTLAND, Ore. – The suspect apprehended in a historic Coast Guard drug seizure off the Oregon coast in 2019 was sentenced to prison today.

John Philip Stirling, 66, a Canadian citizen, was sentenced to 40 months in federal prison and five years’ supervised release for possession with intent to distribute methamphetamine under the Maritime Drug Law Enforcement Act (MDLEA).

On April 9, 2019, while on a routine patrol, the U.S. Coast Guard Cutter Alert detected a sailing vessel traveling north, 225 nautical miles of Newport, Oregon, in international waters. The vessel, named Mandalay, had a home port of Seattle, Washington. When Coast Guard personnel attempted to communicate with Stirling, he would only respond via VHF radio. Once Coast Guard members determined the Mandalay was a vessel within the jurisdiction of the U.S., they boarded and found Stirling to be the vessel’s sole occupant.

Stirling stated he did not have vessel documentation and refused to produce identification. Upon further questioning, Stirling’s speech began to deteriorate and he displayed signs of a possible drug overdose. Shortly before Coast Guard personnel boarded the vessel, Stirling consumed a large amount of what he believed to be pure fentanyl, but was later determined to be pentobarbital. Coast Guard personnel administered medical aid to Stirling and evacuated him by helicopter to Astoria, Oregon. He was later transported by ambulance to Adventist Health Portland for additional treatment.

The Mandalay was towed to port and later searched pursuant to a federal warrant. Investigators searched the vessel and discovered 28 jugs containing more than seven gallons of liquid methamphetamine each and a duffel bag containing several plastic-wrapped bricks of pentobarbital. Investigators later learned the drugs had been loaded onto the Mandalay from another vessel in the Sea of Cortez for delivery to Canada.

On Jan. 13, 2020, Stirling pleaded guilty to one count of possession with intent to distribute methamphetamine under the MDLEA.

This case was investigated by the U.S. Coast Guard Investigative Service (CGIS) and Homeland Security Investigations (HSI), with support from U.S. Customs and Border Protection (CBP).