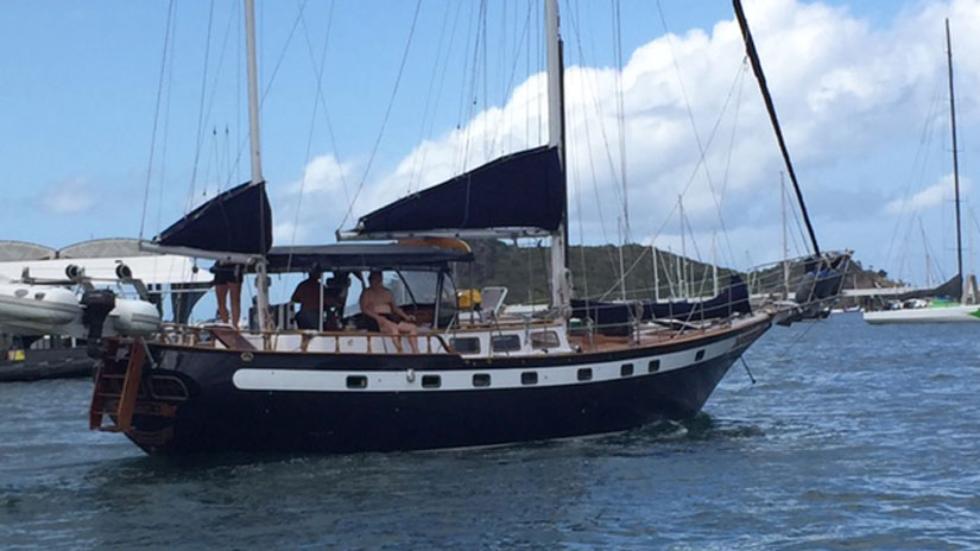 A recent sailing trip turned into a nightmare for David Thompson when a large wave knocked him from his sailboat off the northern coast of Puerto Rico.

Clinging to a tether on the back of the boat, Thompson attempted multiple times to climb back aboard. Wearing a life jacket and secured to the boat, Thompson thought he was safe, even out in the open water. But 10-foot waves rose up all around Thompson, and after he'd climbed back onto the boat, another large wave ejected him again. The water forcefully removed his life jacket, and he watched his boat quickly sail farther and farther away.

“My arms were so tired, I couldn't grab ahold of anything anymore,” the 68-year-old said Wednesday from a hospital in Puerto Rico, where he is recovering from his ordeal. “So I was watching my boat sail away. I was thinking that was it.”

Yet he kept himself going. He swam and floated on his back and swam — on and on for seven hours, finally crawling onto a Puerto Rico beach after dark, half naked and exhausted.

Thompson, a retired engineer from Kalamazoo, Michigan, who was sailing solo when he went overboard, is being treated for dehydration and expects to be hospitalized for at least four days.

Read more, including the fate of the yacht, here.