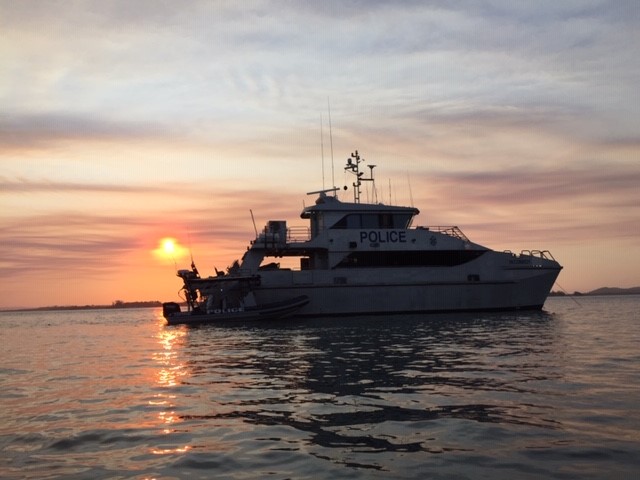 An investigation into the death of a 44-year-old man, Rickie Makin, has commenced following a fatal marine incident in Moreton Bay, east of Redcliffe, on Saturday afternoon.

Around 5pm, emergency services were called to two men who were thrown overboard from a yacht which was racing in the Wynnum Manly Sailing Club's Kingfisher Night Race. One man, later identified as Makin, was reported to be unconscious.

The unconscious man was located a short time later and brought to shore. Paramedics worked to resuscitate the 44-year-old, however he was later declared deceased.

Initial investigations suggest the yacht was hit by a large wave causing the boom to swing and hit the two men, knocking them overboard. Makin sustained fatal head injuries while two others were transported to hospital with minor injuries. Three other men who were also onboard were not physically injured.

Weather conditions on Moreton Bay were testing on Saturday, with southerly winds at Cape Morton recorded at over 40 knots and a one metre swell running.

Officers from Brisbane Water Police and the Forensic Crash Unit are continuing investigations.

The Wynnum Manly Sailing Club has released the following statement:

It is with a heavy heart that we bring you news of a sailor lost after an incident in yesterday’s Kingfisher Interclub Night Series race on Moreton Bay (Saturday 7 March 2020).

In the incident, two men went overboard from a yacht at around 5pm, with one reported to be unconscious.  The man was located a short time later and brought to shore and despite the best efforts of paramedics was later declared deceased. News reports of the other crew member indicate that he is in hospital recuperating.

Wynnum Manly Sailing Club was the organising authority for the race, which is part of a race series run in co-operation with other clubs in South East Queensland. Tony Shoesmith, spokesperson for Wynnum Manly Sailing Club, said, “We send our deepest sympathies to the family of the deceased man and our thoughts are with the injured man, all of the crew of the yacht involved and their families. This is a most tragic event and will be impacting many people in the tightknit sailing community that participates in the Kingfisher Interclub Night Series and the broader sailing community.

“We are very grateful for the quick and professional response from the emergency services personnel.”

Wynnum Manly Sailing Club is being guided by Australian Sailing in its response to this tragedy and is grateful for this support.