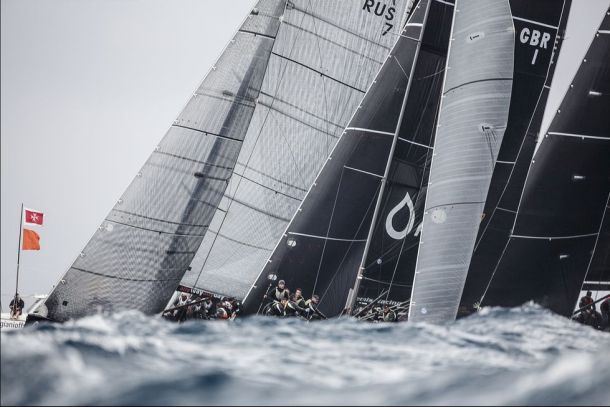 After an outstanding debut onto the RC44 circuit in 2015, Yachting Events Ltd has confirmed the fleet will return to Malta for the spectacular grand final of the 2016 Championship Tour. Hosted in the historic capital Valletta, City of Knights, from the 23 – 27 November.

Maltese Minister for Economy, Investment and Small Business, Hon Dr Christian Cardona, who spoke at Friday's press conference said: “The staging of these events shows the direction in which Malta is moving. We are branching out beyond traditional tourist activities, we are showcasing our superb natural harbour and we are developing facilities which will enable us to build a strong reputation as a place of high quality and added luxury.”

Further establishing their position as a prominent destination in the world of professional yacht racing, Friday's announcement also confirmed that the 2016 Yacht Racing Forum, the leading annual conference for the business of sailing and yacht racing, will also be hosted in Malta from the 28 – 29 November.

Built on a peninsula in one of the world's largest and deepest natural harbours, this historic city on the East coast of Malta will offer the sailors a thrilling end to the season. With prevailing westerly breeze and racing against the backdrop of the city's magnificent fortress.

If an Autumn finale in the Mediterranean conjures up images of balmy sun drenched days, think again. Last year Malta challenged the RC44 Valletta Cup competitors to the maximum, with the crews taking on gale force winds and some of the biggest waves they have ever encountered in their slender one designs.

It's a class that encapsulates futuristic thoughts, competitiveness afloat, a warm atmosphere ashore and a unique setting where sponsorship through sailing works. We're really looking forward to hosting the RC44 Class in Malta for the Valletta Cup 2016.”

Celebrating its tenth year the 2016 RC44 Championship Tour will see the fleet of 11 boats compete in some of the finest racing venues in the world including: Bermuda's Great Sound venue for the upcoming 35th America's Cup, Sotogrande (Spain), Portsmouth (UK) hosted in base of British America's Cup team Land Rover BAR, Cascais (Portugal) and finally Valletta (Malta).

To find out more about the RC44 Championship Tour visit www.RC44.com