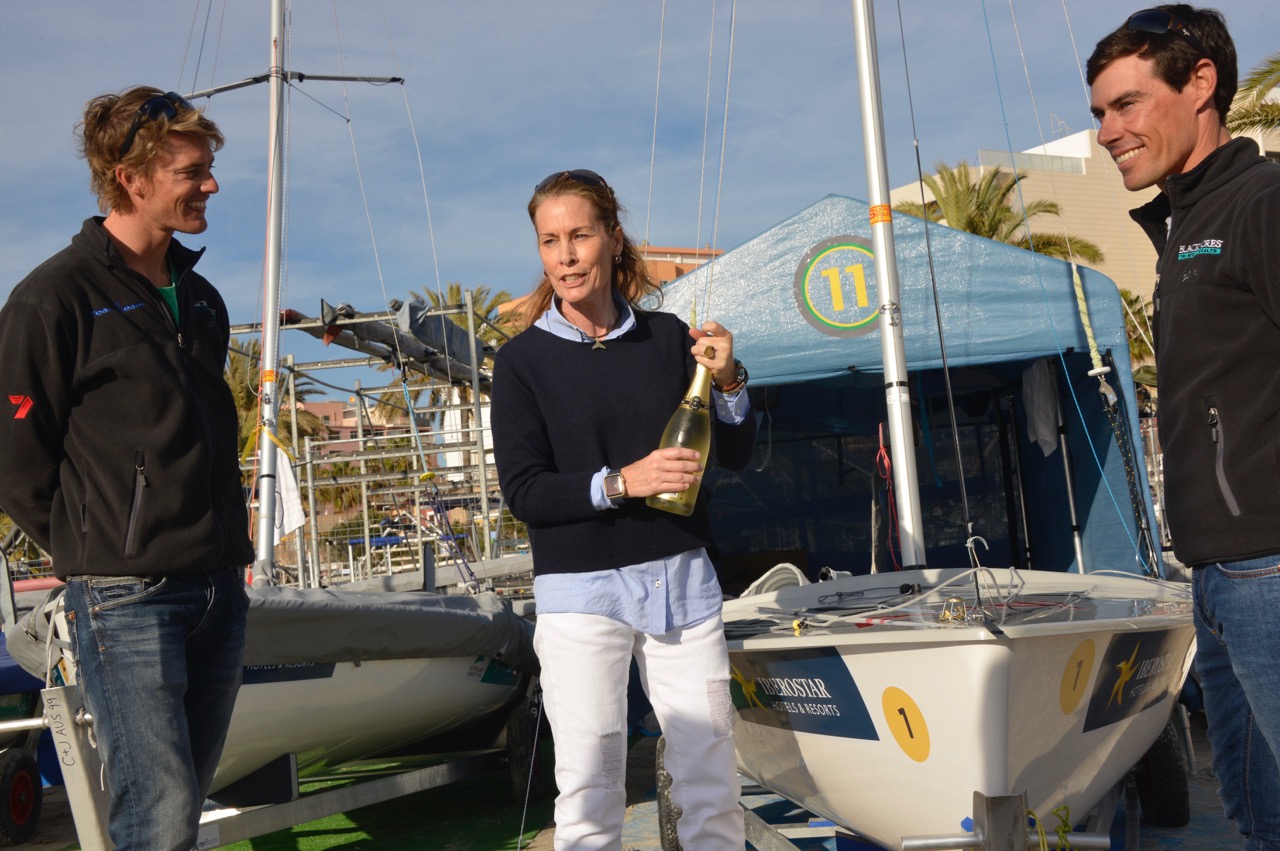 Mat and Will have reclaimed the title of Open European Champion and have started the European season strongly with two event wins in the past month..

The completion of racing last Wednesday brought to an end a month of successful return to competition for Mat and Will, with both the International Princess Sofia Trophy, and the 470 Class European Championships, being held on the waters of Palma Mallorca bay, Spain.  After almost five months away from Europe, and racing in warmer climates of South America and Australia – the cool waters of Balearic Sea were tough to handle at first; however it was made easier with the introduction to the latest lady of the #Aus11 team.. “Room to Move”

Continuing in the traditions of successful Australian 470 teams before us; the boat after being carefully built in Hamburg Germany by Mathews in-laws; was named after one of Nicole Kidman’s films – and fittingly was blessed and sprinkled with magic ‘pixie dust’ by Godmother to the team Theresa Zabell – two time 470 Olympic Gold Medalist. Theresa as well as winning Gold at the ’92 and ’96 Olympics, also has been a leading lady off the water as former Vice-President of the Euro Parliament, and now as President of Fundacion Ecomar educating children on environmental sustainability within the Worlds Oceans – a great role model and a symbol of success for us to try to emulate.

The ‘Pixie Dust’ and fine champagne worked a treat for the teams new boat, as they posted two wins on Day 1 of the Princess Sofia Trophy regatta!  Despite a mix of conditions, the momentum continued throughout the following days, and the team wrapped up the event with 2 races to spare, and accumulated the lowest point total across all Olympic Classes contesting the event. A trophy presentation from the Princess herself made it a memorable week.

However, the main event while in Palma was the Open 470 Europeans, and despite having won this title twice before as a team (3x Mat) , with this being the final stand alone 470 Championships before the Olympics, and having placed 3rd last year, the team was keen to perform well. Having only a 4 day turnaround between events posed some difficulty, and with very unstable winds for the first racing day, despite being in the company of many other championship contenders, a overnight position of 17th indicated plenty of work to do over the coming days!

Under the watchful eye and guidance of our super coach Victor Kovalenko, slowly the team ground back the points deficit with a string of good results, moving back to the head of the fleet on Day 5, and entered the final medal race with a 12 point margin! With a podium place now guaranteed, for the final days double-points 'top 10' medal race, focus turned to keeping a loose eye on the closest teams on points, and in a dying breeze #Aus11 kept control of the race, crossing the finish line 3rd securing a 3rd European Title!

For now, it is a short break for the team, before re-grouping in Hyeres France for the next leg of the World Sailing World Cup (Apr 27th-May 1st). Thank you as always to all our supporters and friends and family who have helped us on our #RoadToRio.

It is now only days away from the Olympic Flame being lit as the countdown continues closer to 100 days to go! We are working hard to do Australia proud!