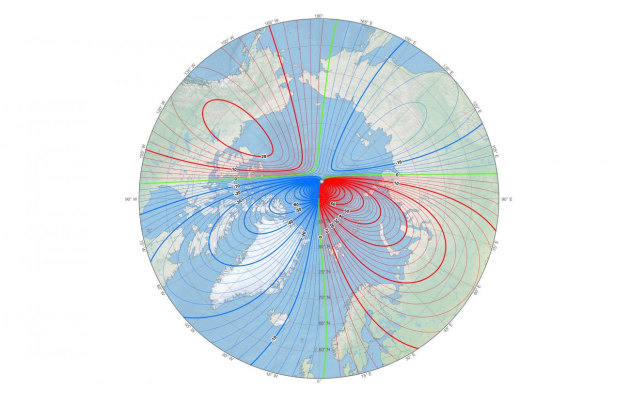 Scientists at the National Centers for Environmental Information (NCEI) have updated the World Magnetic Model (WMM) ahead of schedule due to unexpected shifts in the Earth's magnetic fields in the Arctic.

Typically a new WMM is released every five years to take account of the fact that the North Magnetic Pole changes position over time due to changes in the Earth's magnetic core. The next version was due for release at the end of 2019 but because the pole is moving quicker than expected, it was decided to release an update ahead of schedule to more accurately represent the changes in the magnetic field.

According to the NCEI, the out-of-cycle update before next year’s official release of WMM2020 will ensure safe navigation for military applications, commercial airlines, search and rescue operations, and others operating around the North Pole.

Smartphone and consumer electronics companies also rely on the WMM to provide consumers with accurate compass apps, maps, and GPS services as well as navigation systems.