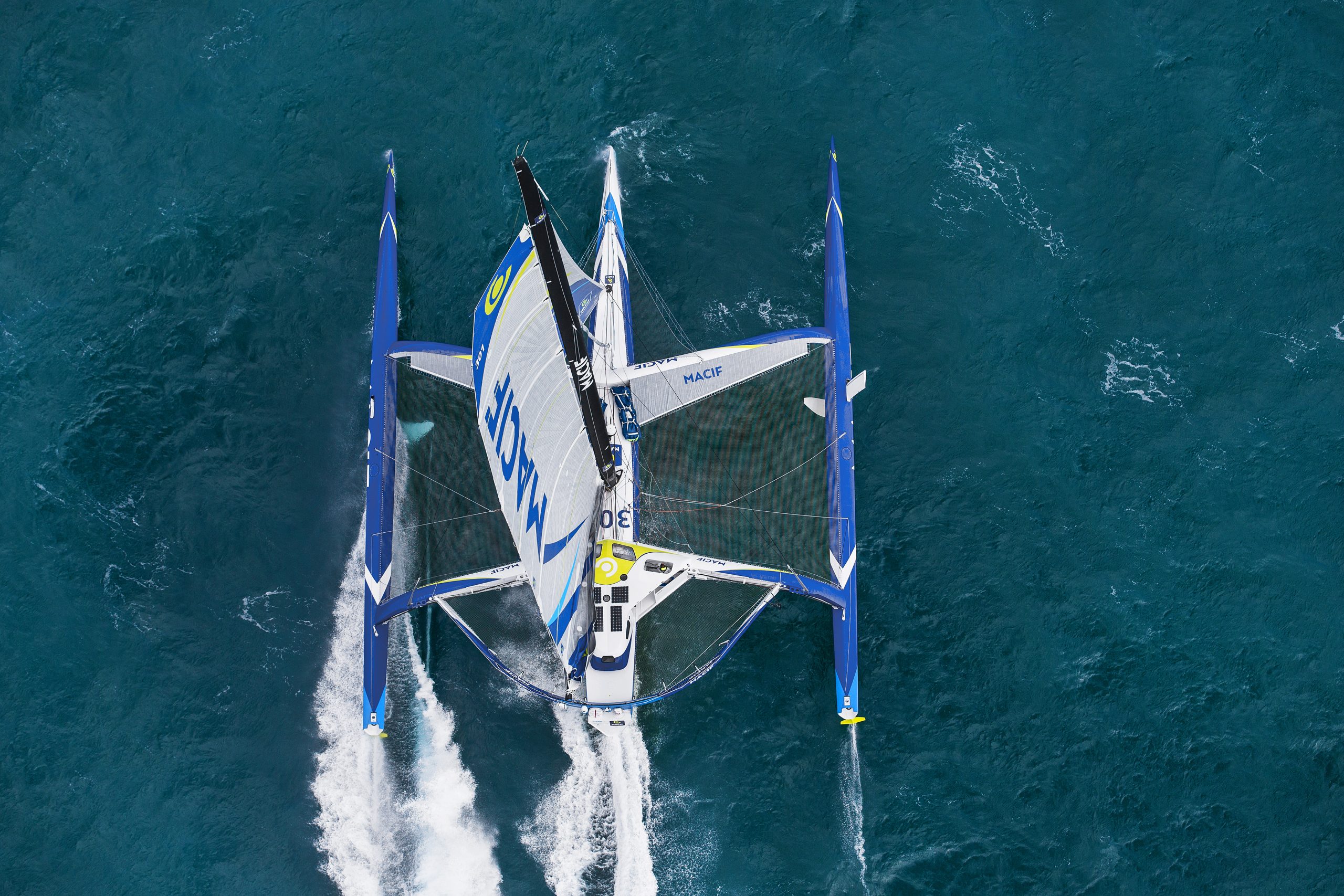 François Gabart and team will be on standby as of Sunday, with a view to attempting the single-handed round the world record – both his and his vehicle, the MACIF trimaran, ready.

All that remains is to choose the right time to leave and this means opting for an ideal weather window to get the record attempt off to a good start.

“Today, we are considering a weather window that takes us roughly up until the equator. Our main concern is having good weather as far as the southern hemisphere,” Gabart said.

“Obviously, when the boat sets sail, we have a fair idea of what to expect as she makes the transition from the North Atlantic to the low pressure areas of the South Atlantic, but there is still some uncertainty. We will have to cross our fingers so that everything after that works well.”

Gabart, the team, and the weather routing team have made the departure procedure as simple as possible.

“The advantage of a solo record is that we do not have the constraint of bringing a crew home,’ MACIF’s skipper said.

“On the other hand, there are still about thirty people working on the project in need of clear information. It is also important to inform the public, so that people can come and see us on the day we set off and so that they can follow the adventure.”

Colour codes
In practice, how do they work?

“Red means that no weather window is in sight. We indicate the number of days ahead of us in which it is unlikely that we will set sail. It can be a very short period; just like it could last four to five days, but it shouldn’t be much more than this.

“If it is orange it means a window is forming. When it turns green, this means we’re leaving”, says François Gabart, who will give the final go-ahead.

François Gabart has been using the services of Jean-Yves Bernot from the start of the project, to help analyse conditions to choose a departure date and will use them again for tactical choices in relation to his route.

“I have known Jean-Yves since I started offshore racing in the Figaro, but I was already reading and rereading his books when I was sailing on Optimists!

“Beyond his experience and his undoubted skill, he is a very good teacher, capable of explaining very complicated things simply”.

The man they call ‘The Wizard’ on the pontoons worked alongside the skipper of MACIF when he won the Transat Jacques Vabre 2015 and The Transat Bakerly in 2016 (routing was not allowed on The Bridge) and they have established a very trusting relationship.

“The trust is total and necessary, since, arguably, he is the man I will discuss things with the most often during this round the world. Jean-Yves will be my crewman, my alter ego ashore”, confirms François. “This is a two-way relationship. I think he also trusts what I am capable of doing on the boat and my ability to apply a strategy he suggests.”

Jean-Yves Bernot will be accompanied by Julien Villion, who has been working with him for several years, along with three members of the MACIF trimaran team: Antoine Gautier, Guillaume Combescure and Emilien Lavigne.

“The idea is to rely on Jean-Yves’ clear expertise in routing, but also on people who are familiar with how the MACIF trimaran handles. Antoine, Guillaume and Emilien work on the boat all year long.

“The first two took part in The Bridge. They can provide valuable information to Jean-Yves and Julien on how to handle her in a variety of conditions. This is why they have both been sailing with me a lot during training sessions. It was essential that they get the full measure of the boat and that they see how she handles in the wind, in flat calm, by night and by day.”

From the start of the standby period and then during the round the world, the weather routing team will work at full capacity, with the aim of suggesting the best possible routes to François Gabart.

They will have little room for leeway in beating this record, currently held by Thomas Coville at 49 days, 3 hours, 4 minutes and 28 seconds.

“During the record, they will work constantly, 24 hours, 7 days a week, to analyse the weather situation, give it due thought, pass around the routings, and provide me with answers if I have questions, but they will also process the data from the boat”, says the MACIF skipper.

“I must admit that I love this field. I like to spend time comparing my points of views with the others, but perhaps I should allow myself to take guidance from time to time so that I can concentrate more on performance”, he ends. Faced with the need to optimise every second, François Gabart does not rule out changing the way in which he deals with routing during this round the world.

(* Period during which François Gabart will wait for a suitable weather window for this round the world record.)