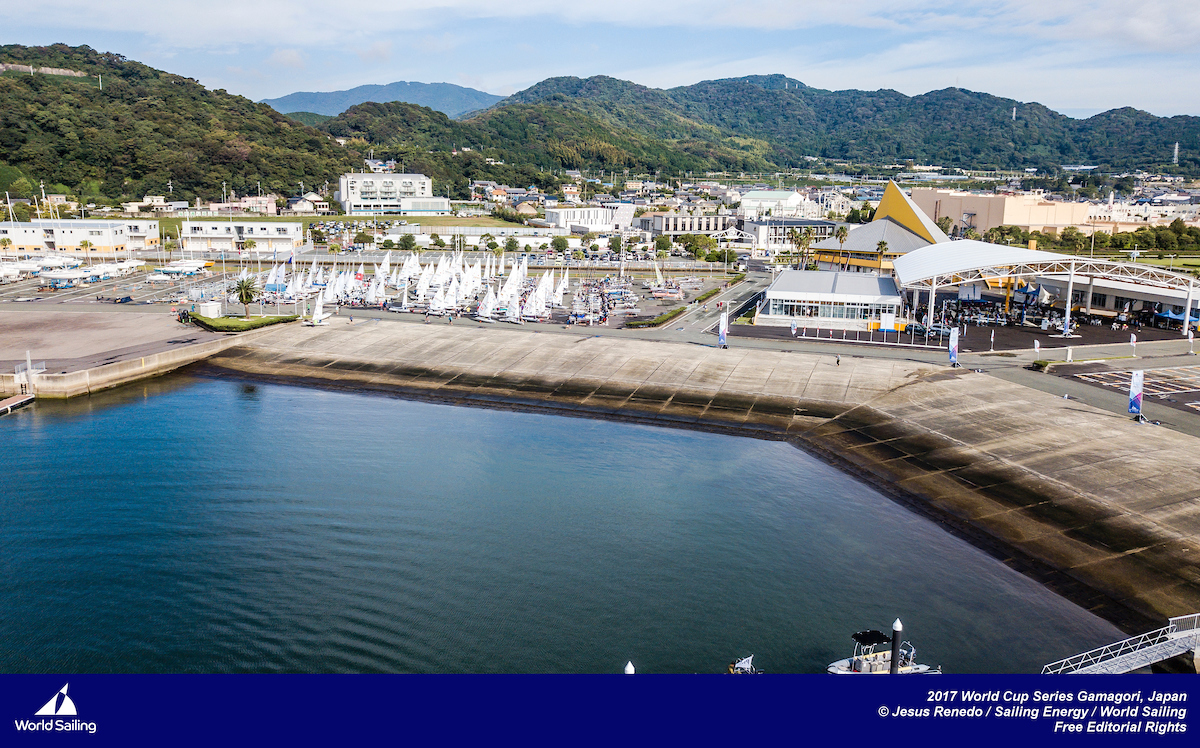 Another frustrating day at World Cup Series Japan, as the wind never really materialised meaning that no racing took place across any of the eight Olympic events present in Gamagori.

There was early hope when the Men's Skiff, (49er), were sent out to race but after arriving at the racing area the conditions didn't allow for competition.

Naturally, the scores remain the same from the end of racing, on day two, yesterday.

The wind has remained fickle since the series arrived in Japan, for the first time. The coastal city with a population of over 80,000 people is currently experiencing an extended period of uncharacteristically bad weather.

Local-born 49erFX sailor, Hiroka Itakura, said, “We are in between seasons here in Japan but it is usually warmer at this time of year in Gamagori. You can normally expect a good sea breeze, so the current conditions are quite strange.

“Gamagori is my home town and I was born here. This venue is very special to me and we would love to win a gold medal at this event.”

Itakura's partner Chika Hatae expressed her delight at elite sailing competitions arriving in their home country, “We are so happy to invite top sailors from other countries to Japan. This is a start of many great opportunities to compete on Japanese waters before the Tokyo 2020 Olympic Games.

“Our aim now is to be as consistent as we can be and achieve good results in the next three years.”

It is intended that Gamagori will prove to be Japanese sailings' legacy venue, even after the 2020 Olympic Games has been and gone in Enoshima. The fact that it is the chosen sailing venue for the Asian Games in 2026 firmly points towards this being the case.

The continental Games are a quadrennial event that attracts huge interest in Asia, with many athletes valuing the competition almost as highly as the Olympics.

The last Asian Games were held in Inceon, South Korea in 2014.

Racing is scheduled to resume at 11:00 local time on Friday 20 October.

Live Medal Races on Saturday 21 and Sunday 22 October will bring the week to a close before the series heads to Miami, USA.