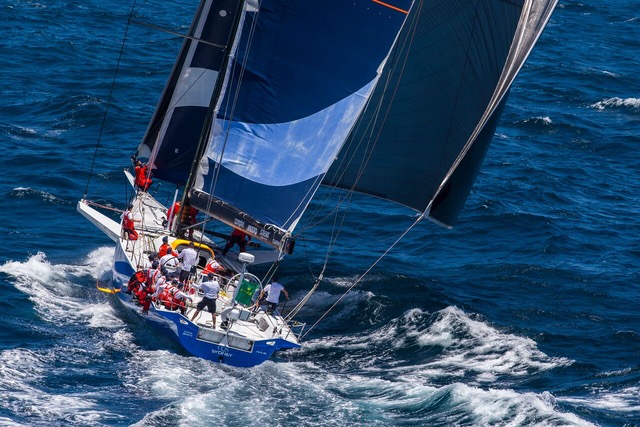 Valletta, Malta: Ludde Ingvall’s CQS will sail the Rolex Middle Seas Race without her DSS foils as Ingvall continues to develop the system.

The skipper commented, “We are now working on our fourth version, using data and knowledge we have gained over the past ten months.”

The CQS design team have found that any foil shape has quite a narrow optimum speed window.

Ingvall explained, “A foil that gives its best performance at 10 knots, is not very efficient at 30 knots, so although it will help to lift the boat initially, it then loses its efficiency when the boat accelerates to higher speeds.

“We are trying to design a foil that has a wider window of optimum performance for CQS, and trying to create foils that are sympathetic to our potential speed and the boat’s size.”

Ingvall and his team are hoping for light winds during the coming race out of Malta, which will best suit the current configuration of CQS, with her narrow waterline and low wetted surface area.

“The current forecast would seem to indicate light winds at the start,” Ingvall said, “and we will be pushing hard right from the gun to take maximum advantage of these conditions.”

The breeze is expected to increase as the race progresses, so an early advantage could be vital to CQS’s chances of a good result, as the conditions turn in favour of the more powerful boats.

Predictions suggest that there will be a spectacular start in Valletta’s Grand Harbour, with 12 to 15 knots of breeze, but that will die out quite quickly as the fleet heads north towards the Straits of Messina.

The CQS team are keeping a close eye on the weather that is developing later in the race, with winds of 35 knots expected in the closing stages.