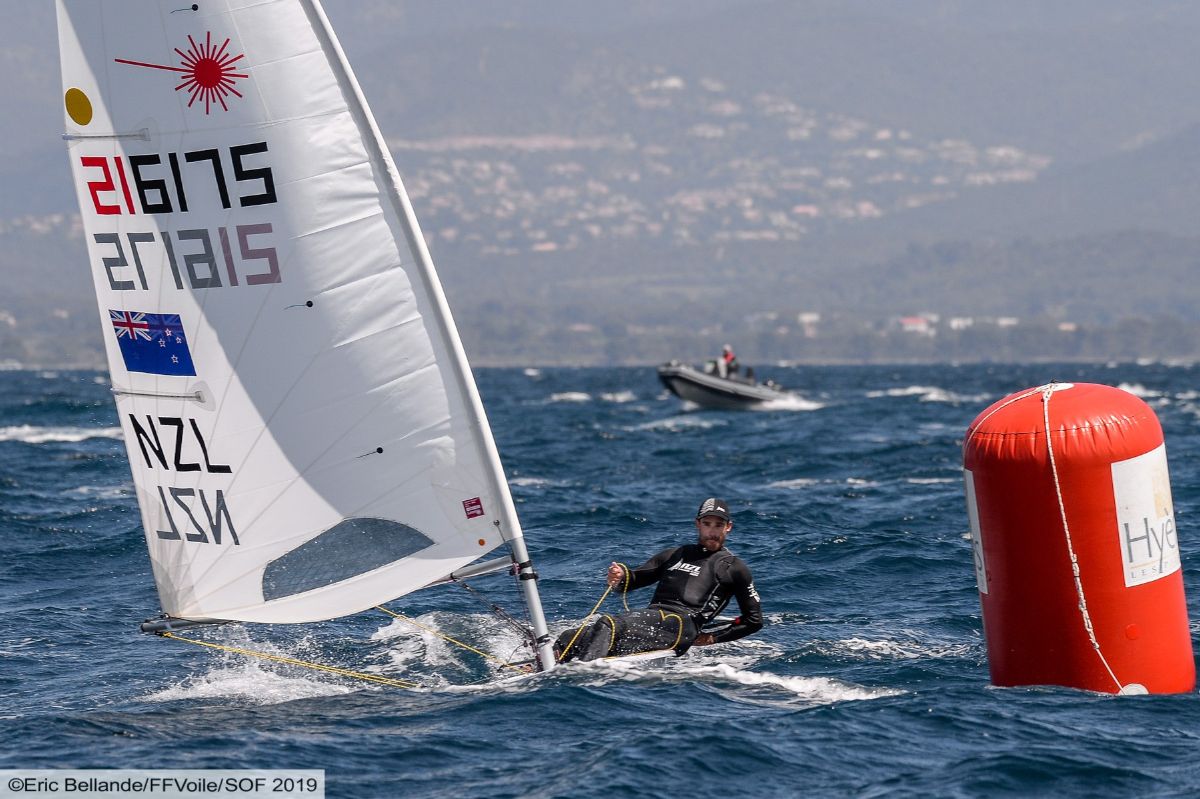 The Australian Sailing Team is in good shape on Day 2 of the 2019 Laser European Championship in Porto, Portugal, with Luke Elliott at the top of the leaderboard after taking another win, Tom Burton moving into fifth place and Matt Wearn in ninth.

Every sailor’s wish came true when a nice sea breeze piped in under sunny skies and the Australians enjoyed the conditions they have become used to at home in summer.

Elliott added a further win and a third place to his results, and able to drop his 10th place of yesterday, was happier with his second day and overall scorecard, commenting: “Yeah, today was good. We had a lot of fun with the sun shining, a nice sea breeze and some good waves. I think as sailors, everyone likes those conditions a lot, but I really enjoy them!

“You can’t win the regatta in qualifying though, so I’m just taking each day as it comes, leaving everything out there,” he concluded.

Burton, the Rio gold medallist in the Laser, mirrored Elliott’s results to move up to fifth overall.  “A better day for me,” he commented. “There was more breeze, so it’s easier to have some consistency with some good starts and speed,” he remarked.

“The points are all still close (just seven points between first and ninth places), so we just bide our time a little bit, until the Gold fleet.”

“A pretty solid day for me today,” Alexander said after finishing eighth and third in his races. “I made a couple of silly errors, which forced me to make some big comebacks. However, I was happy to be able to chip away throughout the day.

“At the end of the day, the aim of the game is to get through qualification cleanly to hold you in good stead for finals sailing,” Alexander ended.

Two back-to-back races are scheduled per day with racing to start from midday. The boats are divided into three fleets and sail a qualifying series of at least four races, followed by a final series.

The Laser Europeans continue tomorrow through to Saturday in Porto, Portugal where 42 athletes from around the world are taking part.