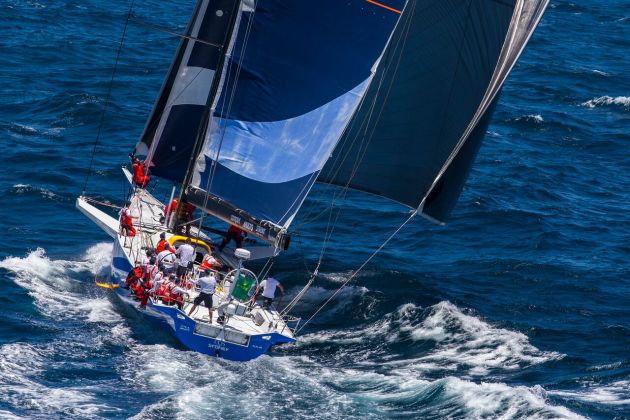 Ludde Ingvall and his ground breaking super-maxi CQS have arrived in Helsinki ready to contest the Alandia Surrsaari Race, starting 9th June. Ludde, who was born and bred in Helsinki, has returned to his origins to take part in this 168 nautical mile race.

It is about ten years since Ludde last sailed in Finnish waters, but he is the current record holder for this race, and has presented the trophy for the first monohull to finish, in honour of his late father, “now I’d like to get my name on that trophy,” he commented.

The skipper, who now lives in Sydney, Australia, originally came to sailing fame when he skippered Union Bank of Finland in the 1989/90 Whitbread Round the World Race. Since then he has won the famous Sydney to Hobart Race twice, as well as England’s equally renowned Fastnet Race.

CQS is the boat with which he most recently won the Sydney to Hobart Race, but has undergone a major update to take advantage of the most recent developments in underwater foils, canting keels and rig developments, as well as being stretched by eight feet from its original size.

Ludde is gathering around him a crew of some of Scandinavia’s top sailors who have done round the world races and America’s Cups, along with some of his regular team.

The Alandia Surrsaari race, is a 168 nautical mile dash around Surrsaari island, starting and finishing of Haukilahti, and rounding Helsinki, Kalbadagrund and Kotka lighthouses on the way out and back.