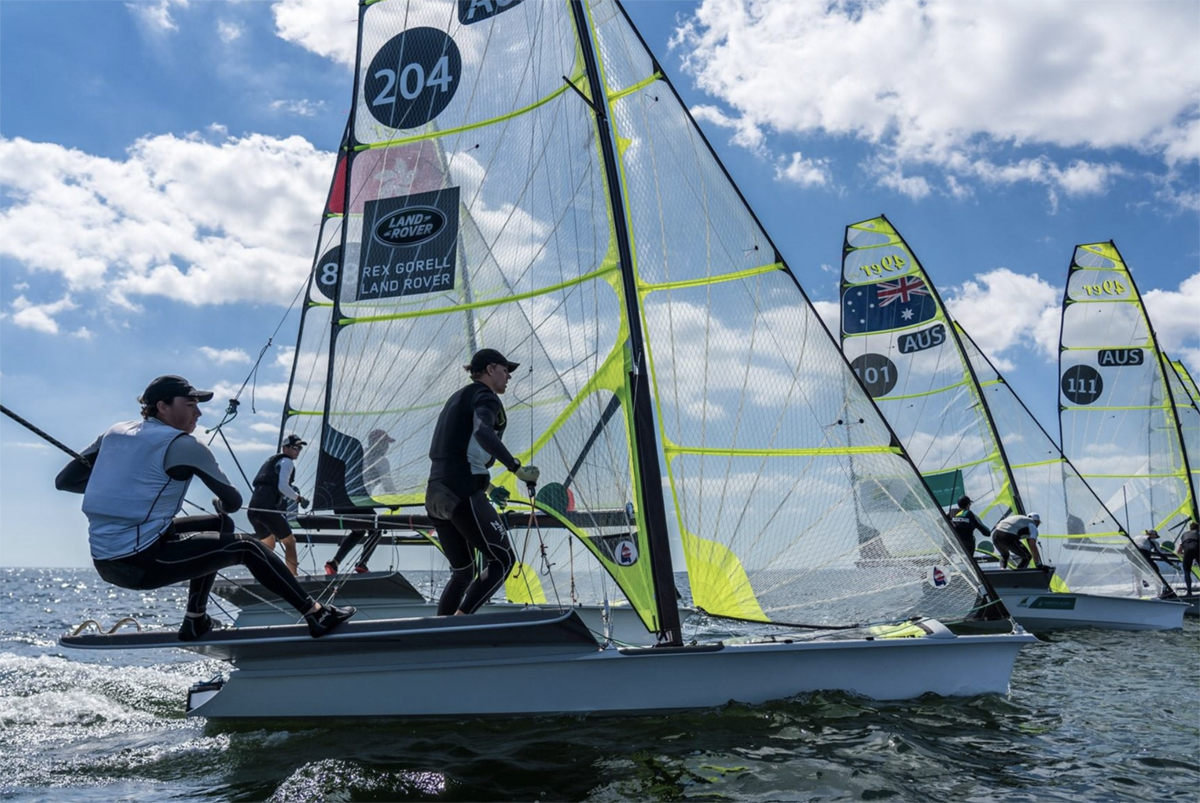 In the 49er and 49erFX skiff classes, America’s Cup, SailGP, The Ocean Race and Olympic medallists will rack up against a strong Australian fleet and a good-sized northern hemisphere contingent. The 2020 ‘9er’ world championship for the 49er/49erFX, February 8 – 15, fall just two months after Auckland’s Royal Akarana Yacht Club conduct the 2019 title early December, and most crews will contest the double.

Three Victorian Institute of Sport 49er men’s pairs are training hard for the New Zealand worlds they regard as the test bed for when the action switches across the Tasman Sea, to Geelong’s Corio Bay – a perfect expanse of flatwater with great launching facilities directly off a yacht club well practiced in hosting international events.

Ocean racing is a very different genre of the sport and outside the realm of a skiff sailor’s typical training schedule. Geelong 49er sailor Ollie Manton had the opportunity to be part of the mostly American crew that campaigned Bryon Ehrhart’s 72-foot mini-maxi, Lucky, in the most recent Rolex Fastnet Race, an experience the 20-year-old says will benefit his dual world championship tilt.

The biggest takeaway for the skiff sailor was the preparation level. “It was eye-opening to realise how much detail goes into preparing for a race or regatta the scale of the Fastnet. It’s a huge operation to get a boat like Lucky ready, and Jack and I can apply the same proportional amount of care to our skiff program.”

“It’s exciting having a world championship so close to home, and we are lucky to have two world titles in less than three months in close proximity,” Manton continued. “There are some 49ers teams already training for the worlds at Geelong and everyone is excited, especially given the afternoon sea breezes aren’t far off. Corio Bay is easily one of my favourite places to sail in the world and once uni in Melbourne finishes, I’ll be back home training.

“The biggest thing for Jack and I now is the NZ worlds, where we’ll race on the same waters as the America’s Cup against the same fleet heading to Geelong. It will be a big test; we’ll use the Auckland series to gauge where we need to improve for our home world title.”