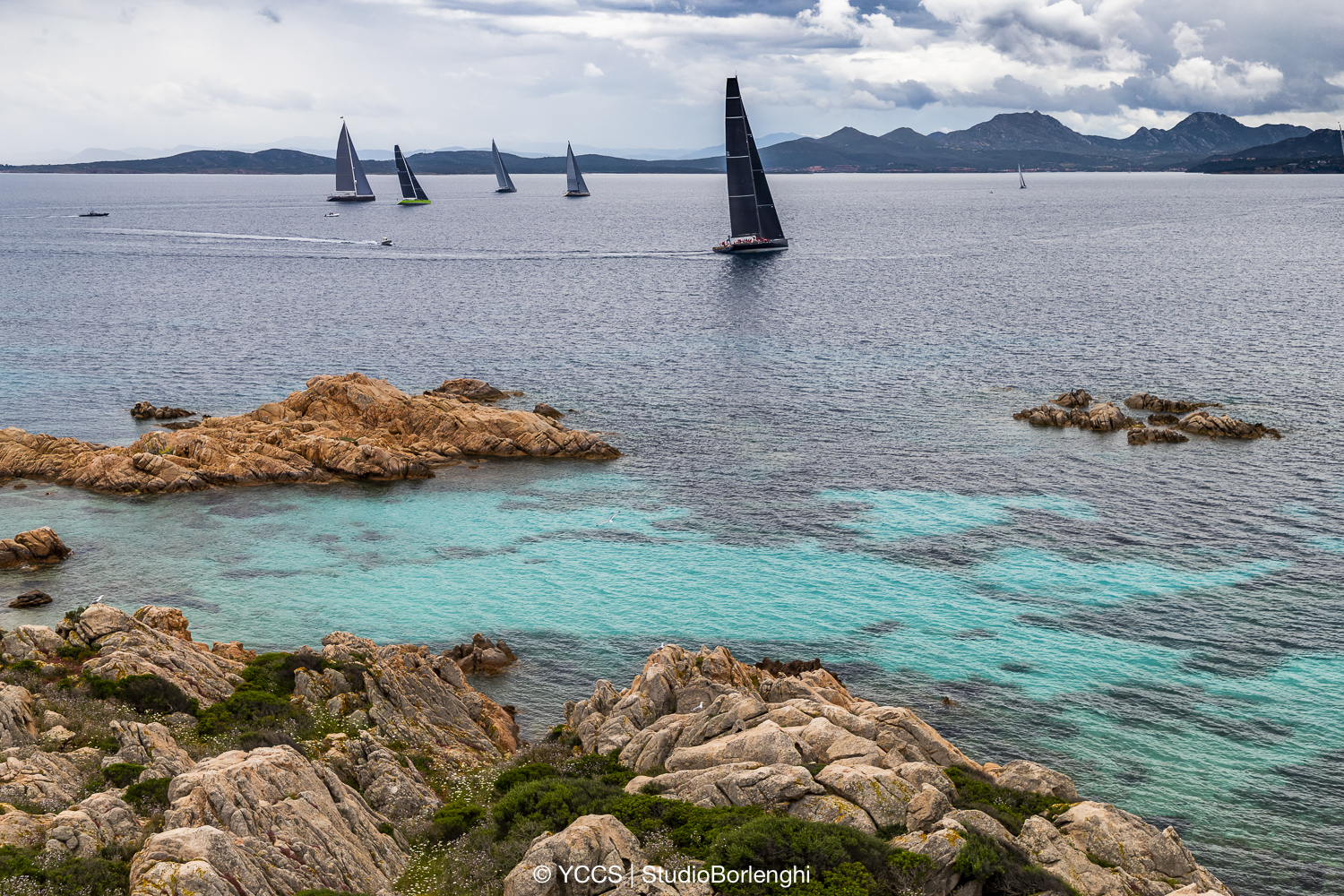 Porto Cervo, Italy: The Loro Piana Superyacht Regatta got underway today with two coastal races held, both of which were won by My Song in Class A and Savannah in Class B after the Race Committee made the decision to set two races today.

It was an unusual choice for a superyacht regatta, but one that was popular with the competitors, as the intention was to make up for the previous days when racing had to be cancelled due to a lack of wind.

The first classification for the Loro Piana Superyacht Regatta, organised by the Yacht Club Costa Smeralda in collaboration with title sponsor Loro Piana, therefore sees the Baltic 130 My Song take two bullets in class A, with Savannah, an elegant Spirit of Tradition yacht, taking another two in class B.

The first race covered 15 miles and started on time at 10.30 a.m. in a westerly wind of approximately 12 knots with occasional stronger puffs. The fleet headed for a mark off Capo Ferro, then rounded the island of Monaci counter clockwise before embarking on a broad reaching leg to the Gulf of Arzachena, leaving the Secca di Tre Monti to port.

Powered by their huge gennakers, the superyachts then crossed the strait by the Isola delle Bisce and sailed on to mark “Bravo”, positioned in the Gulf of Pevero. They turned windward once again to the finish line off Porto Cervo.

The spectacle offered by these giants of the sea on the regatta course did not go unnoticed, with many tourists stopping to admire them from the shore or from sailing boats cruising among the islands of the La Maddalena archipelago.

My Song started last since she is the fastest yacht of the fleet – and executing perfect manoeuvres, no mean feat on board a boat of 40 metres. Second and third respectively in class A were Saudade, owned by Albert Buell, and Inoui, owned by Marco Vogele. Savannah was victorious in class B, followed by Ganesha and Escapade.

At 1 p.m. the Race Committee initiated the starting sequence for the second race with Savannah, the “smallest” yacht, starting first and My Song in the final slot. It was a downwind start for this race, running to the first mark ‘Alpha’, located three miles to the south-east.

From here the fleet rounded the islands of Mortorio and Soffi to starboard in front of Cala di Volpe before heading for the finish line. The original course was reduced to 17 miles due to a drop in the wind caused by storms inland. As the boats crossed the finish line a mistral wind moved in, which is expected to remain strong for tomorrow.

After compensated times had been applied, victory in this second race once again went to the same boats, with My Song finishing first in real time and Savannah capably keeping up with the rest of the fleet despite her decidedly smaller dimensions. Inoui finished second in class A by just 34 seconds, while in class B Savannah triumphed over Escapade, with Ganesha in third place.

The provisional overall classification therefore sees My Song leading class A, followed by Inoui and Saudade, while Savannah leads class B ahead of Ganesha and Escapade.

Hugh Morrison, owner of Savannah, was enthusiastic as he got back to the dock: “I'm really proud to have debuted at this event with two bullets, racing here is wonderful but also very challenging.

“My congratulations go to my crew first of all, who were really excellent today, but also to the organisers for allowing us to run two such beautiful races. The second win feels particularly good because it was not a given at all, careful tactics allowed us to anticipate the change in the wind well.”

Tomorrow, the last day of the Loro Piana Superyacht, racing will resume as scheduled at 11.30 a.m. with a brisk mistral wind forecast.