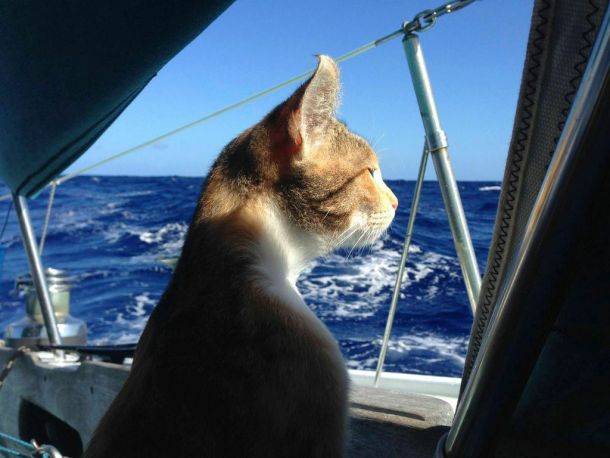 Liz Clark spends a lot of time alone, and not because she’s an introvert. It’s simply a side effect of having spent almost a decade captaining her 40-foot sailboat, Swell, to some of the most far-flung places on Earth.

“Spending a lot of time alone has helped me learn myself and love myself and has opened a relationship of trust in the Universe, God, the Greatness … whatever you want to call it,” the 34-year-old Patagonia ambassador says. “All my needs will be met one way or another.”

And Clark has had her faith tested more than once since she set sail from Santa Barbara, California, in late 2005.

There was the time a raging storm slammed into Swell while Clark was alone in the middle of her 1,3000-mile passage from Kiribati to Bora Bora. After a few days of no sleep, weary from battling the 40-knot winds and electrical damage caused by lightening, she was forced to spend almost a year and a half fixing her boat in a boatyard where she didn’t speak the native language and had no money to pay someone else for repairs. Still, Clark considers any residual trauma from the incident a learning experience.