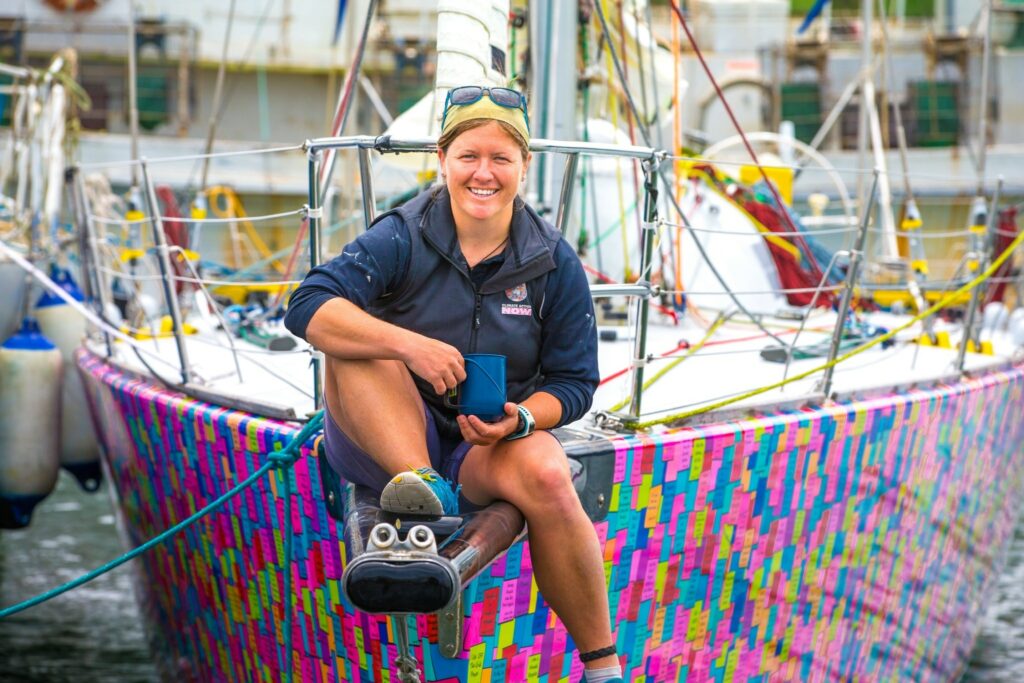 Bring it on - Lisa Blair is set to leave Western Australia in mid-December with the aim of circumnavigating Antarctica in roughly 90 days. Pic- Lisa Blair 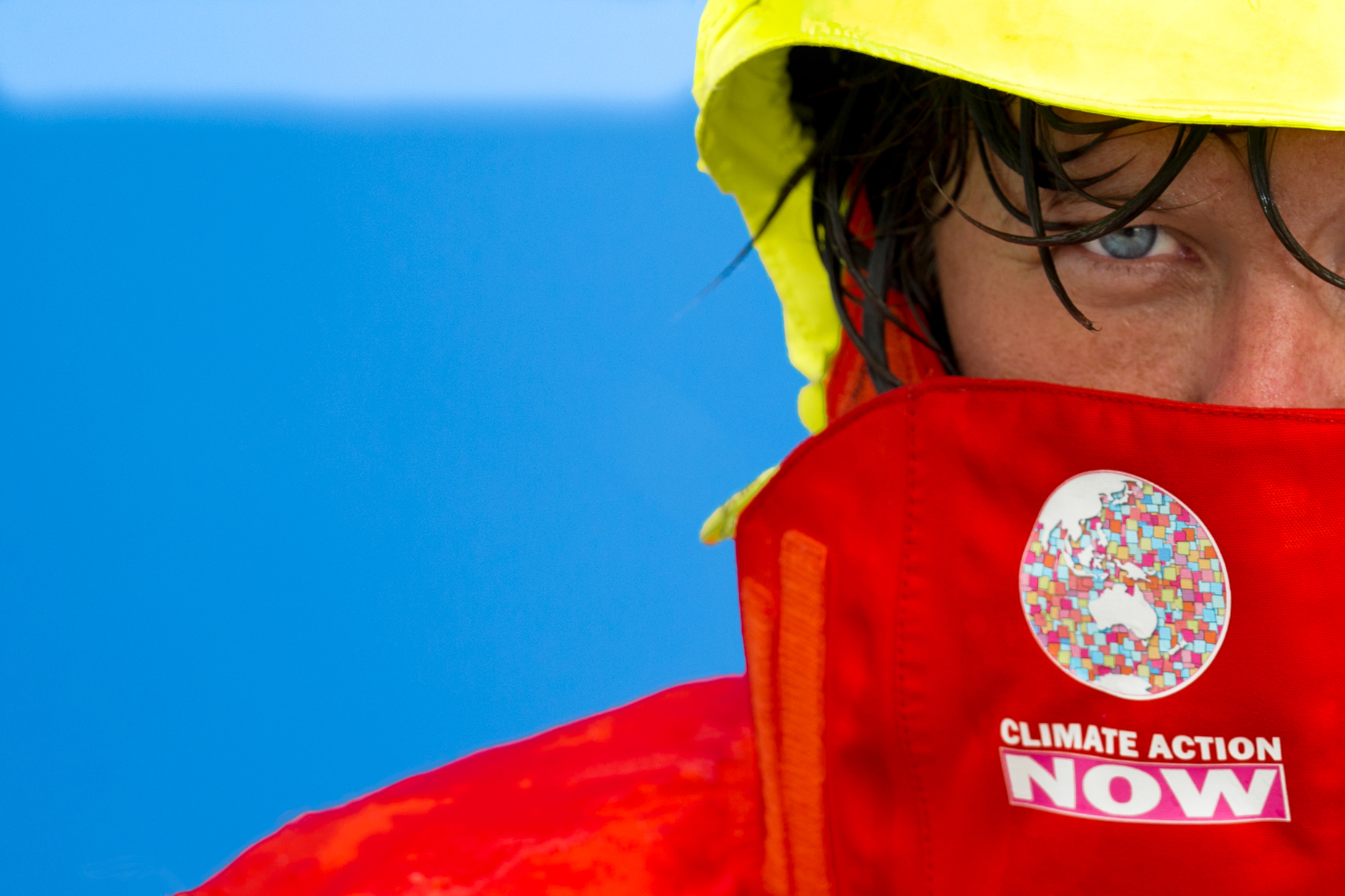 Blair is taking on the Souther Ocean again, despite being dismasted during her record attempt in 2017. Pic - Lisa Blair 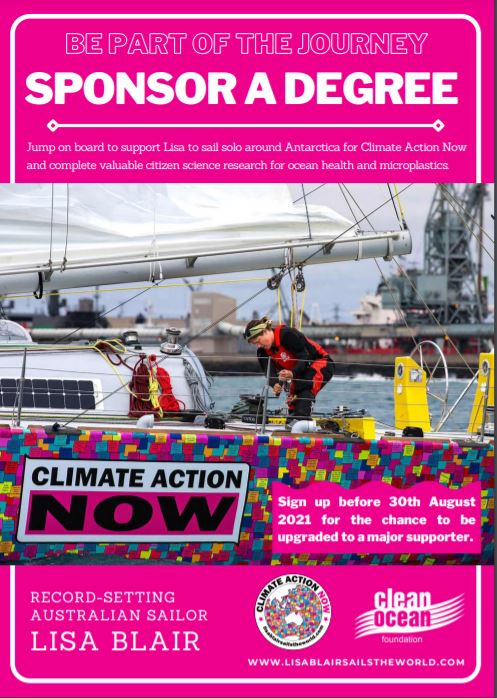 Only a handful of people have attempted to circumnavigate Antarctica in a yacht, including Australian sailor Lisa Blair. In 2017, Blair, the 37-year-old from Queensland, became the first woman to sail solo around Antarctica with one stop.

“I think it is one of the greatest tests that a human can go through,” Blair said. “If you imagine a five-storey building as a wave – that was what I was sailing through. But then I’d get a blizzard or a snowstorm come through. And it would dump snow on the deck of the boat. It can be pretty hectic out there.”

Blair set off on her solo circumnavigation of Antarctica in January 2017. But 72 days into her voyage, she stared death in the eye, when during a storm her yacht Climate Action Now, a 50-footer Hick design, was dismasted in the middle of the Southern Ocean.

“I was still 1000 miles from land, no mast, no boat, no way of getting to land safely except the engine,” Blair said in an interview with the Brisbane Times. “At that point I had a 50-50 shot and if I didn’t do it (get a fitting from the front of the boat), the boat would sink, guaranteed.”

Blair found the will and strength to overcome disaster, and was somehow able to limp her way to Cape Town.

After repairing the boat over two months, Blair was not about to give up on her dream and return to Australia. Instead, she returned to the Southern Ocean and completed the voyage in 103 days.

In mid-December, Blair is doing the unimaginable. She will set sail from Albany, Western Australia with the aim of finishing what she started five years ago – the circumnavigation of Antarctica, this time without stopping.

“I made a mental commitment to go back and do it without stops with the goal of breaking Fedor Konyukhov’s record of 102 days,” Blair said. “But I did need some time to get over the trauma of that dismasting.

“I’m now ready, it’s the perfect time for me to head back down to the Southern Ocean and tackle it again.”

Konyukhov, a Russian explorer and artist, set the record of 102 days in 2008. Blair believes she can surpass this record.

“I was actually beating it at the time I was dismasted,” Blair said. “Without having to push the boat to breaking point, without compromising my strategy from a safe, slow and steady approach, which is very important to make sure I stay safe and alive out there, I feel I can easily finish in 90 days.”

For her second attempt at the record, Blair has chosen to leave in December rather than January. This is so she is in the Southern Ocean over the summer months, rather than during winter.

In addition to the record attempt and taking on one of the world’s most dangerous oceans, Blair will also tackle the climate crisis.

Throughout her trip, Blair will put on her citizen science hat and collect scientific data which will be analysed by scientists to better understand the Southern Ocean. This data will be used to monitor the global change of climate and climate patterns. Blair’s boat will contain a range of equipment so she can collect dissolved carbon dioxide levels, salinity levels, ocean temperature levels, microplastic samples and more.

“For me, it’s important that the project doesn’t just have an impact from a record inspirational message, but also from an environmental message,” Blair said.

“In a lot of those areas down there (the Southern Ocean), there’s educated guesses but no real data that can back up those guesses. By doing this project I’m able to add value to the scientific community.”

Blair has partnered with the Melbourne-based charity, the Clean Ocean Foundation (COF), which specialises in environmentally friendly methods to decrease pollution in our waterways.

“All I have to do is monitor that it is working with no issues, and download the data. For the microplastics – I have to change those filters out twice a day,” Blair said.

Blair plans to continue advocate for climate action well into the future. After she returns from Antarctica she will head off on a tour of Australian schools (virtually and in-person) to share her story and engage and educate students about the citizen science project.

But before she sets sail, Blair is working on the boat Climate Action Now in Brisbane to ensure that it is ready for the journey ahead.

“I obviously have some trauma from the last dismasting,” Blair said. “I very nearly died. For me, I need to prepare that boat to a point where I can say I’ve done absolutely everything possible to make it as safe as possible to take the boat on this voyage. So I needed David Lambourne Yacht Rigging and Consultancy. He‘s now doing the rigging which has been amazing. It’s important to make sure that no stones are unturned on the boat, so to speak.”

David Lambourne Rigging have also helped Blair by installing a pedestal grinder system from an old America’s Cup boat. This system will halve the time that it takes for Blair to make sail changes. For instance, shaking out a reef will take about 20 minutes rather than a back-breaking 40 minutes, making the world of difference to Blair – physically and mentally.

To cover the re-fit expenses and cost of equipment hire for the citizen science project, Blair needs help from the public. She is seeking sponsorship for each degree of her circumnavigation (360 degrees in total).

Blair will acknowledge sponsors on her website, social media and blog posts. Those who sign up by August 30 will be in the running to have their logo plastered on Blair’s sails, to sail with Blair on Sydney Harbour or have Blair speak at the chosen sponsor’s corporate event.

“It’s a great way for businesses and community members to get some ownership to this record in a sense that you purchased that degree, so you’re helping me sail that degree. And that support is invaluable as I have some pretty large expenses coming up,” Blair said.

Blair also has something special set up for those who are unable to offer financial support, but still want to contribute towards her trip. While Blair is getting the boat re-fitted, the wrapping of the boat will also be re-done.

For previous trips, Blair’s boat has been laminated in post-it notes with messages from the public, and it’s no different for her upcoming trip. The new wrap will include the public’s actions towards building a more environmentally friendly future (e.g. picking up three pieces of rubbish per day), in the form of post-it notes.

The public will be able to follow Blair’s voyage via Blair’s Pivotel live tracker, blog posts, live streams and through her social media accounts.

“When I’m close to land I don’t sleep for more than 20 minutes at a time because a container ship can get from beyond the horizon to you in 20 minutes, so I do these micro sleeps for days and days at a time. It can be quite intense,” Blair said.

And what about icebergs? “I’m yet to see an iceberg. I hope I don’t see an iceberg because I’m in a fibreglass boat. There’s a lot of heavy fog so you can’t see them. But I have strategies in place to cope.”

Despite these challenges, Blair is in her element when she is solo-sailing.

“As big and intimidating as the Southern Ocean is, it’s just gorgeous,” Blair said. “It’s hard to describe – you’re witnessing something in history that no other human in the planet is getting to witness. I get to see the most amazing wildlife, these incredible sunrises and sunsets and you’re 100 per cent self-sufficient on your own boat.

“And for me I’m at peace in those moments and I absolutely love it.”