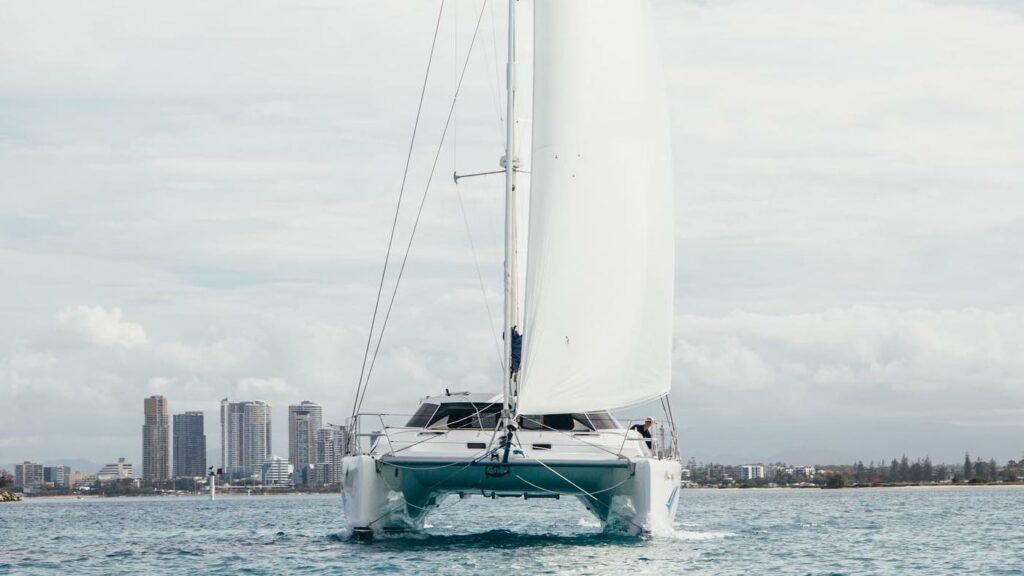 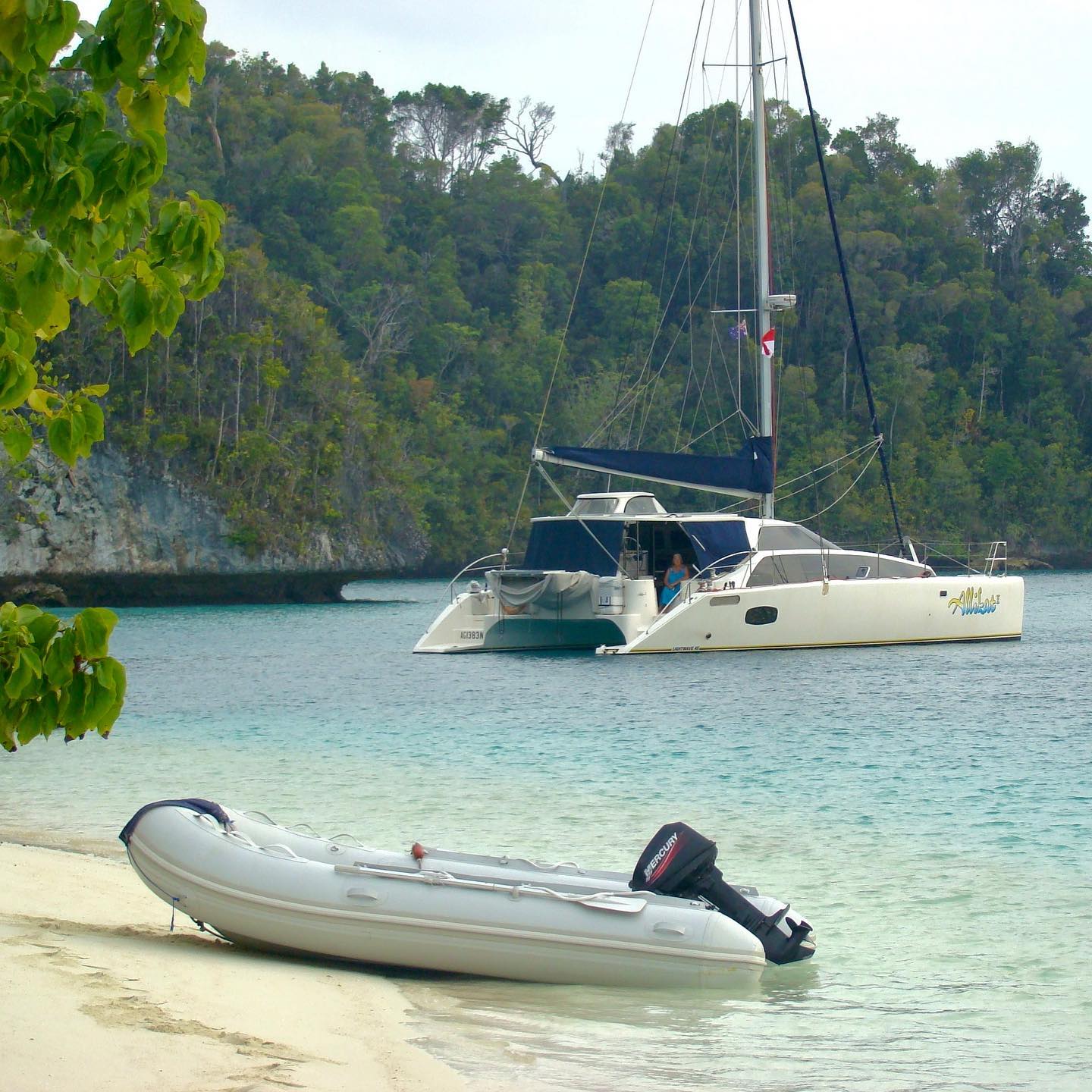 I talked to Lightwave Yachts Australia co-founder Louise Overell who revealed the secrets to holding your own in the multihull market.

Lightwave Yachts was established in 1996 after Louise Overell’s husband, Roger (a shipwright by trade and Lightwave Yachts managing director) and his business partner at the time, built a catamaran that offered both comfort and high performance. If it sold, the plan was to build another one. If it didn’t? At least they would get a nice boat out of it.

The rest is 25 years of history.

“They [Roger and his partner] had the boat-building skills and just thought ‘Why don’t we build a catamaran?’” Overell said on the phone from Lightwave Yachts HQ on the Gold Coast, Queensland. “That was the seed of how it started. And then one sold and then another, then another, and it just kept going.”

Since then, Lightwave Yachts has built 80-plus catamarans and shows no signs of slowing down.

According to Overell, Lightwave Catamarans are built for people “who like a boat that performs well under sail” in addition to a home on the water that is perfect for long-distance cruising.

Up until recently, Lightwave produced three yachts per year but this number is set to increase.

“We’ve always been a petite manufacturer. We are compared to global brands but not in size of manufacturing,” Overell, head of sales marketing and business development, said.

To maintain the high level of craftsmanship, Lightwave isn’t marine dependent. It also manufactures composite parts for an overseas company. This side of the business helps finance the boat building.

Last year, the business moved to a larger manufacturing facility 50km south of Brisbane, and the team grew by 20 per cent. Overell said these changes would allow Lightwave to increase the production of catamarans from three to four per year (and potentially more moving forward). This will help the business keep up with the high demand for its products.

Lightwave continues to grow in popularity. And since the advent of Covid-19, locally built boats, including Lightwave, have experienced a surge in sales.

“At the moment, our build schedule is booked out until 2024. We’ve just got to try and not grow too fast with all the interest that we have.”

To celebrate 25 years, Lightwave Yachts threw more than a party. Its renowned flagship model, the Lightwave 45, has been reimagined and revived in a project that started well before the silver anniversary.

“We ended up taking the opportunity to modernise the design and bring it into today’s market. It has been restyled,” Overell said.

The inclusion of a reverse bow [the furthest forward point is not at the top], led to the decision to relaunch it as the Lightwave 46.

“The model would be known as the Australis 46 – as we’re reflecting our Australian-made uniqueness in the model for 25 years.”

The Overells lived on their own Lightwave for a couple of years and plan to do it again on a Lightwave 46, but that won’t be until the raft of orders has been completed.

The start of the next quarter of a century is already hectic.

“When we started, multihulls were a new thing and we used to be known as the cowboy industry,” Overell said. “It’s been interesting to watch, now they’re such an accepted thing. They’ve taken over the market, when you look at it globally, with boat ownership. It’s been a huge shift.”

As a result of this shift, Lightwave Yachts is venturing into new multihull territory. On its website, it will soon drop a new motor catamaran model (there have been powercat models in the past) and larger sailing vessels (including a 50ft and 60ft catamaran).

“Starting a world circumnavigation from Australia is very attractive for an international owner because we’ve got beautiful cruising grounds,” Overell said.

It’s an exciting time for the business, which has a loyal following of current and former Lightwave owners. The Overells have encouraged this strong ownership community, thanks to the ‘after sails support’ provided to Lightwave owners.

The owners also keep Lightwave up-to-date with their travels. There are Lightwaves all over the world: some attempting to complete circumnavigations during the pandemic, some in the Whitsundays, and others navigating the famous waterways in Venice, Italy. Their global presence lives up to the company’s slogan: Take me there.

The Overells have lost none of their passion for a business that brings joy to others.

“It’s a good thing to do in life. If you’re going to do something in life – make dreams come true for someone.”