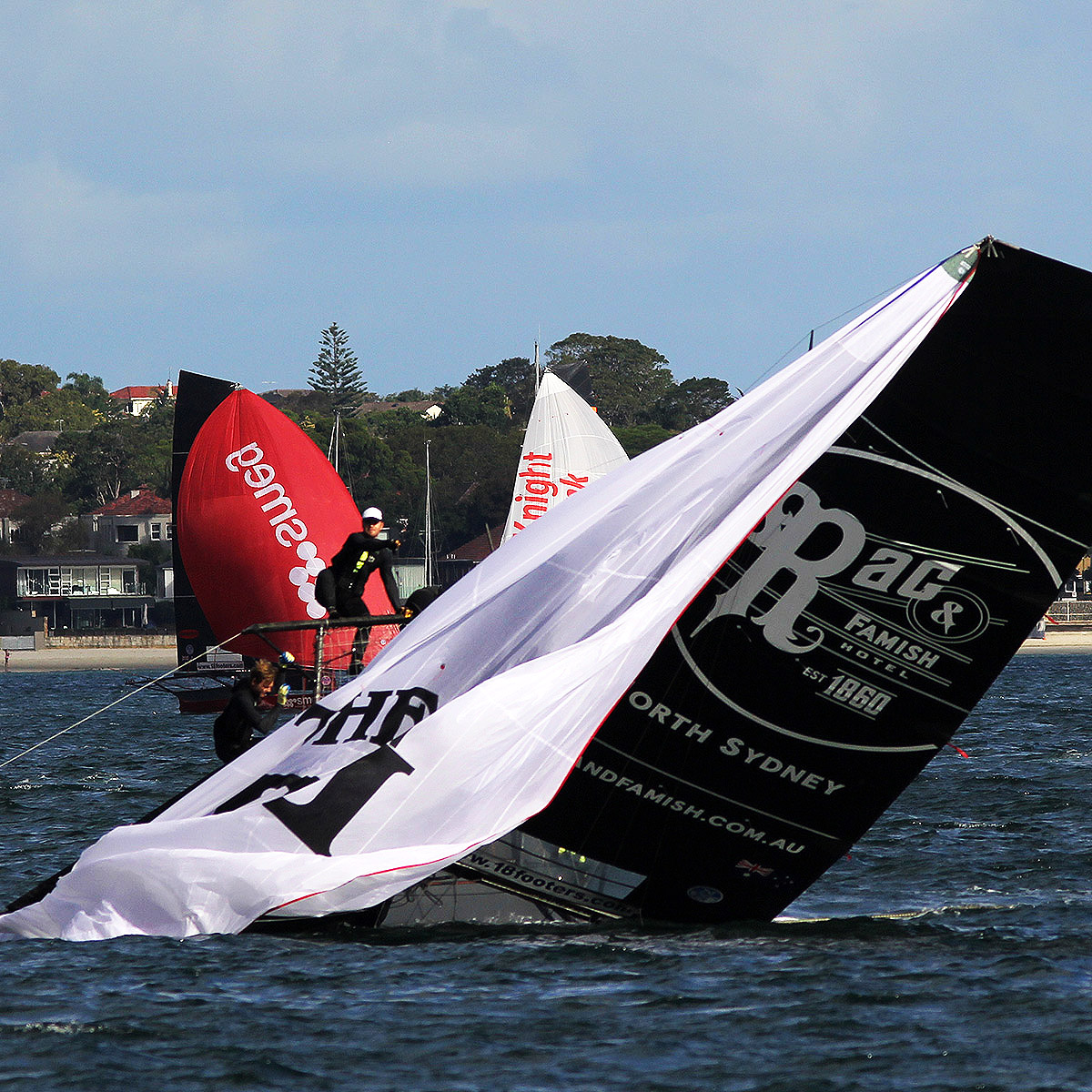 08/03/2018
Day 4 of The Winning Group 2018 JJ Giltinan International 18ft Skiff Championship was held on Sydney Harbour today when two short-course, windward-return races were sailed towards the overall championship pointscore.
The first of the two races was sailed in an 11-knot South-East wind and resulted in a win for Triple M (James Ward, Adam Gillson, Tom Anderson) by 11s from the Australian champion Smeg team (Lee Knapton, Ricky Bridge, Mike McKensey), with New Zealand's Honda Marine (Dave McDiarmid, Matt Steven, Brad Collins) a further 47s back in third place.
In the latter race, which was sailed in a flukey 8-14-knot South-East breeze, New Nealand's Maersk Line (Josh Porebski, Jack Simpson, Dave Hazzard) took the lead only a few hundred metres from the finish to defeat the UK's The Time Genie (Graham Bridle, Eddie Bridle, Ed Gibbons) by 2s, with Finport Trade Finance (Keagan York, Matt Stenta, Angus Williams) another 10s back in third place.
After the day's racing, Maersk Line leads the points table with 13 points, followed by Honda Marine on 14, Finport Trade Finance on 28, Knight Frank on 40, Asko Appliances (James Dorron) 40, and NZ's C-Tech (Alex Vallings) on 44.
The course for both races was set between the start in Taylor Bay to a windward mark in Rose Bay.
The lighter wind conditions and nature of the course didn't produce the excitement, spectacle or spinnaker/two-sail reaching we saw in the previous three days and the erratic results reflected the uncertainty of the short course racing.
In the first race, Triple M led the fleet to the top mark, and along with Quality Marine Clothing (Aron Everett) was near the lead throughout the three laps.  Smeg was fourth to the top mark and held her position for most of the race before coming home in second place 47s ahead of Honda Marine.