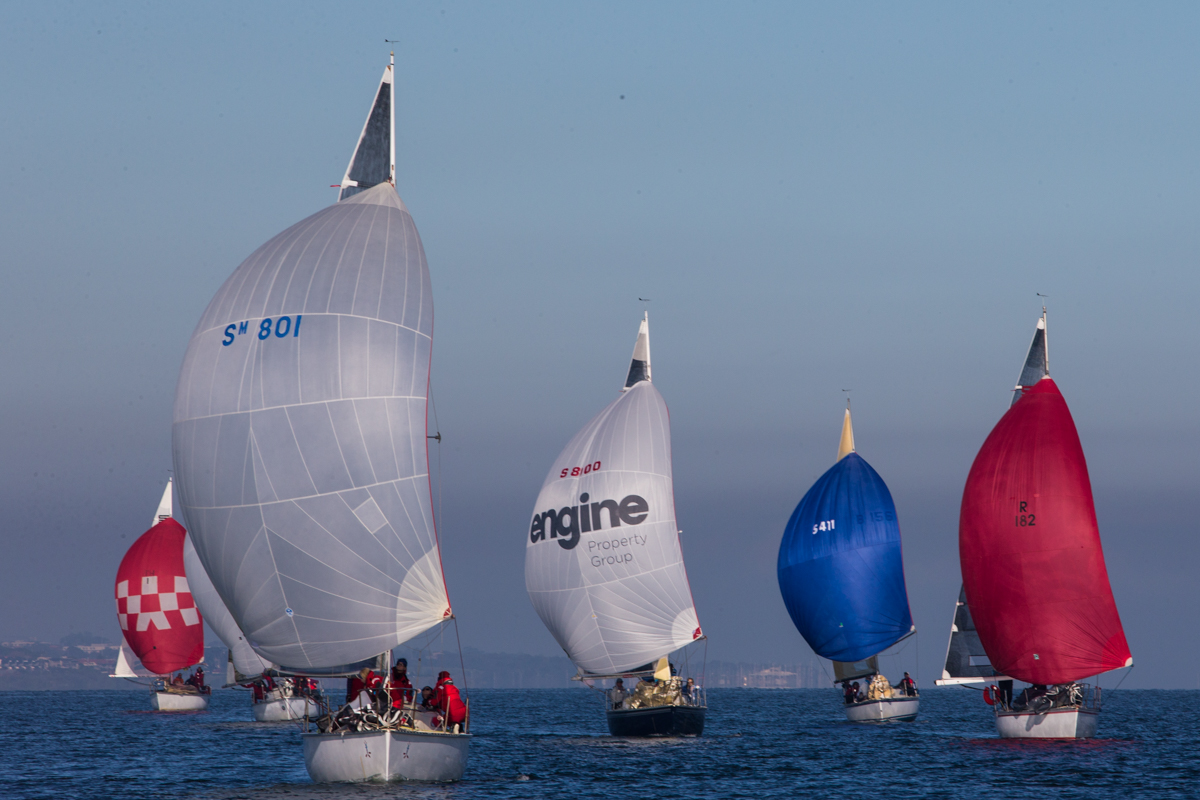 A crisp and sunny Melbourne winter’s day opened the three-day Australian Women’s Keelboat Regatta pointscore on Port Phillip for 24 crews from around the country and New Zealand.

Race one in light north/north-easterly winds proved challenging when the breeze disappeared just after the Melges 32 Envyus took the line honours win, denying the race committee and the rest of division one an opportunity to shorten the course. Given the glass-out, sadly a small number of boats in both divisions failed to finish within their time limit, not for want of trying.

“The lighter weather really suits the Melges, and we played it easy,” said Guevara after racing, adding, “race one was my first line honours as skipper!

“We all sail Ynglings and Elliotts together in Sydney so while we didn’t train specifically for this weekend, we know each other well plus we had our gun kite trimmer Karyn Gojnich supporting our tactician Maria, who is a good Spiral sailor. We are trying to use our dinghy prowess,” she added.

IRC results have Colleen Darcey’s borrowed Archambault 35 Absolut leading division one for the Derwent Sailing Squadron and Sabina Rosser, who has competed at all 27 AWKRs, heading up division two with her S80 Mood Indigo, representing the host Royal Melbourne Yacht Squadron.

Close to half the 24-boat fleet are S80s, a dominant force in Victoria and a proactive supporter of the AWKR via the S80 Association. Campaigning the lead class and division two AMS pointscorer, Escape, is a Kiwi team from Tauranga Yacht and Power Boat Club in the Bay of Plenty on NZ’s North Island coast. One of the crew, Fi Charman, says they are overwhelmed to be loaned a boat and also hosted by the owners at their house – all six of them.

The AWKR was founded on the format of a similar NZ regatta and the two countries often send women’s teams across the Tasman. Charman and her crew met a Melbourne team at the New Zealand keelboat nationals who said, “you guys are cool, come to Australia!”

Charman is one of six experienced sailors, led by skipper Maria Ferrario, who make up “a neat bunch”, she says of her teammates. On the light regatta forecast she adds: “A light wind regatta is all in the head and the technical aspect is interesting; it brings out your skills.”

Tonight there is a crew dinner at RMYS and racing is due to resume at 1000hrs on Sunday June 11 with the outlook for nor’westers under 10 knots and another fine day and a top temperature of 17 degrees.