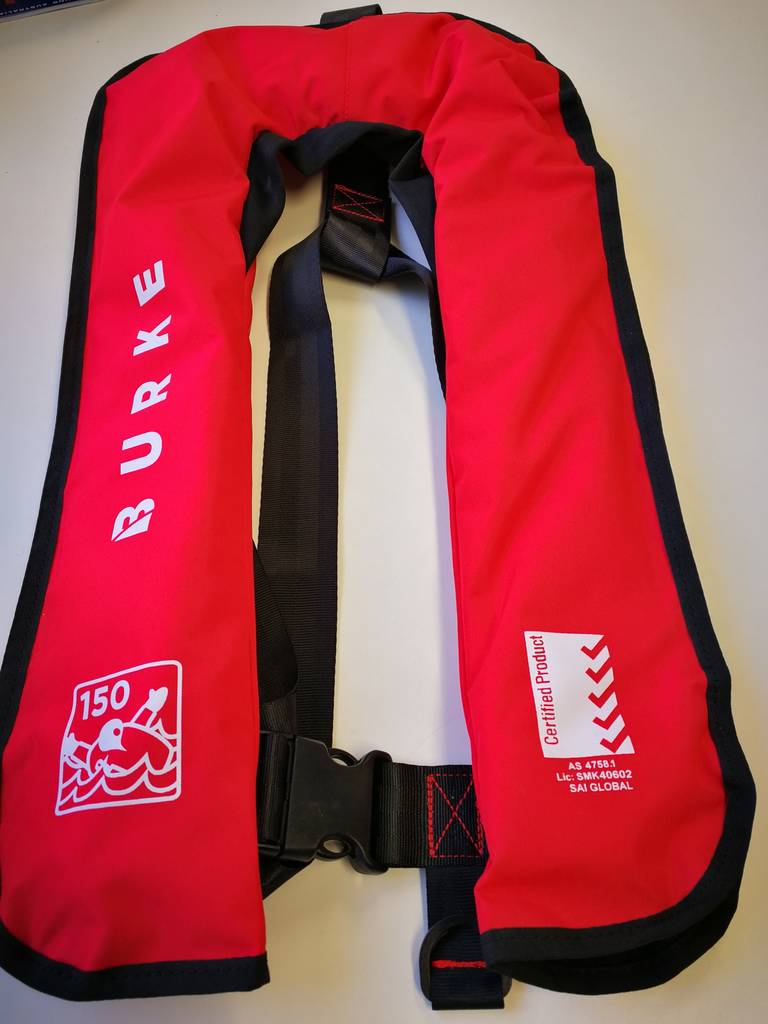 Did you know that, by 2021, your lifejackets will need to comply with Australian Standard 4758.1?

Did you also know that lifejackets made to Australian Standard 1512 have been using a standard that is eleven years out-of-date?

The humble lifejacket, or “personal flotation device” – that priceless but often underappreciated piece of equipment that can prevent you from drowning if you ever end up in the water instead of on deck – has been around for close to two hundred years.

Throughout those two hundred years periodic refinements have led to a modern-day product that just keeps on getting better at saving lives.

It is in that spirit of continual improvement that lifejacket manufacturers continue to increase the buoyancy of lifejackets – and that is where AS4758.1 comes in.

Lifejacket buoyancy is measured in units called “Newtons”, with 9.8 Newtons being equivalent to one kilogram of flotation. In 2008 a new Australian Standard for lifejackets was approved by the Council of Standards Australia which recognised the Newton as the basis for measuring the safety of lifejackets.

This introduced into lifejackets lexicon the terms “Level 150”, “Level 100”, “Level 50” and “Level 50 Special Purpose” (50S). The numbers refer to the lifejacket’s Newton ratings, with Level 50 being equivalent to 50 Newtons of buoyancy, and so on.

These replaced the previous personal flotation devices (PFD) “Type 1”, “Type 2” and “Type 3”, with the primary improvement in the new Standard being around the ability of the new lifejackets to keep the wearer’s head above water even if the wearer is incapacitated or even unconscious.

As indicated above, AS4758.1 has been around since 2008. However, many boaties were in possession of, or indeed had recently bought PFD Types 1, 2 or 3 in compliance with the previous Australian Standard 1512. Manufacturers considered many such lifejackets to have a long lifespan, so boaties were allowed a long “grace period” to replace them.

In Queensland, the remade Transport Operations (Marine Safety) Regulation 2016 removed recognition of the previously recognised Australian Standard 1512 but, in keeping with the national approach, Maritime Safety Queensland published a gazettal notice allowing for lifejackets complying with certain international standards to be considered equivalent to the new Australian Standard for an interim period.

In Queensland that interim period is set to run out on 31 January 2021. Maritime Safety Queensland and its enforcement partners will therefore begin enforcing the new Standard for lifejackets from 1 February, 2021.

So, in the year or so that remains between now and then, if the lifejackets you have are not compliant with the Australian Standard, it’s time to purchase some that are.

This video from the Australia and New Zealand Safe Boating Education Group provides an excellent summary of what the changes mean and how mariners can buy the approved lifejacket that best suits their individual circumstances.

However, if you prefer written information the Maritime Safety Queensland website has all you need to know.