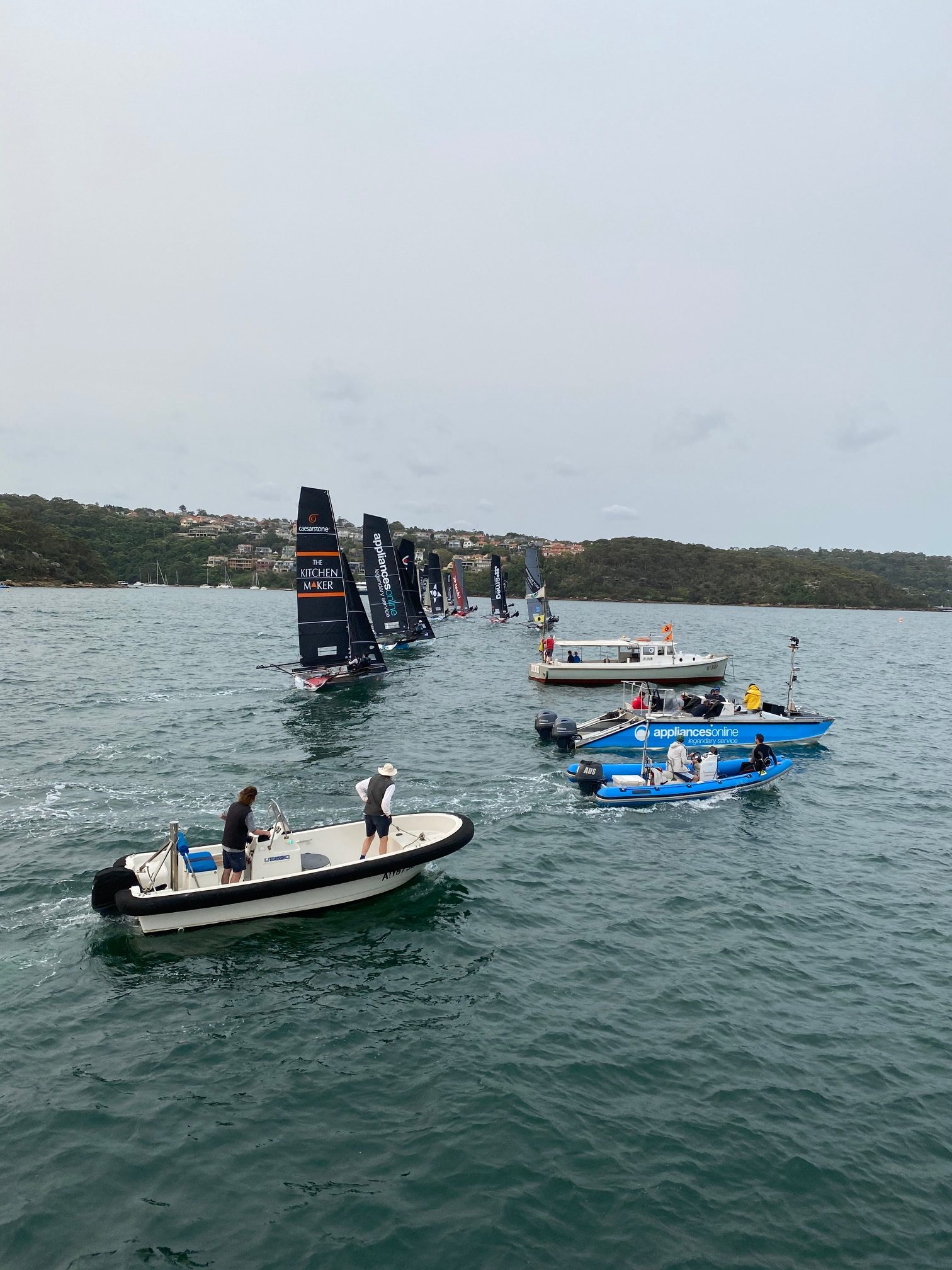 Eight former JJ Giltinan (unofficial world) champions as well as several other top names from 18ft skiff racing were guest skippers of the of the Australian 18 Footers League, which conducted in the second 'Supercup' on Sydney Harbour last night.

Unlike the original 'Supercup' series in 2018, this evening's short course races were sailed under clear skies in a 10 knot east-nor-easterly breeze.

Lee Knapton, teamed with Ricky Bridge and Trent Barnabas, showed he had lost none of his skills, sailing Smeg to win overall with placings of 1,3,4.

There was no change to the top three on the second leg and Knapton kept up the pace to the top mark a second time with a substantial lead over Shaw & Partners and Tech2, with AOL and Finport swapping places.

Smeg ran home ahead of The Oak Double Bay, followed by Shaw & Partners and Tech2.

Finport Finance got her nose in front and crossed the finish line first followed by The Oak Double Bay, Yandoo, Smeg, Shaw & Partners, Tech2 and Appliances Online. The rest of the fleet finished in time for the race committee to hold a third sprint race.

After a General Recall in Race 3, the fleet lined up in a fading 6 knot breeze. With 30 seconds to go, there was a bit of argy bargy between The Kitchen Maker and Tech2 and Finport Finance, Rag & Famish and Birkenhead Point Marina were called over, but elected to sail on despite the Black Flag.

The fleet was hunting pressure on the first leg. At the top mark, placings were Bird & Bear, Appliances Online, Noakes Blue, Royal Oak Double Bay. Bird & Bear (Emmett Lazich) led the pack back down the track, chased by Appliances Online. But Bird & Bear took control of the race and crossed the line first.

Lee Knapton won the series with Smeg, the same boat he won the 2016 JJ Giltinan Championship with.