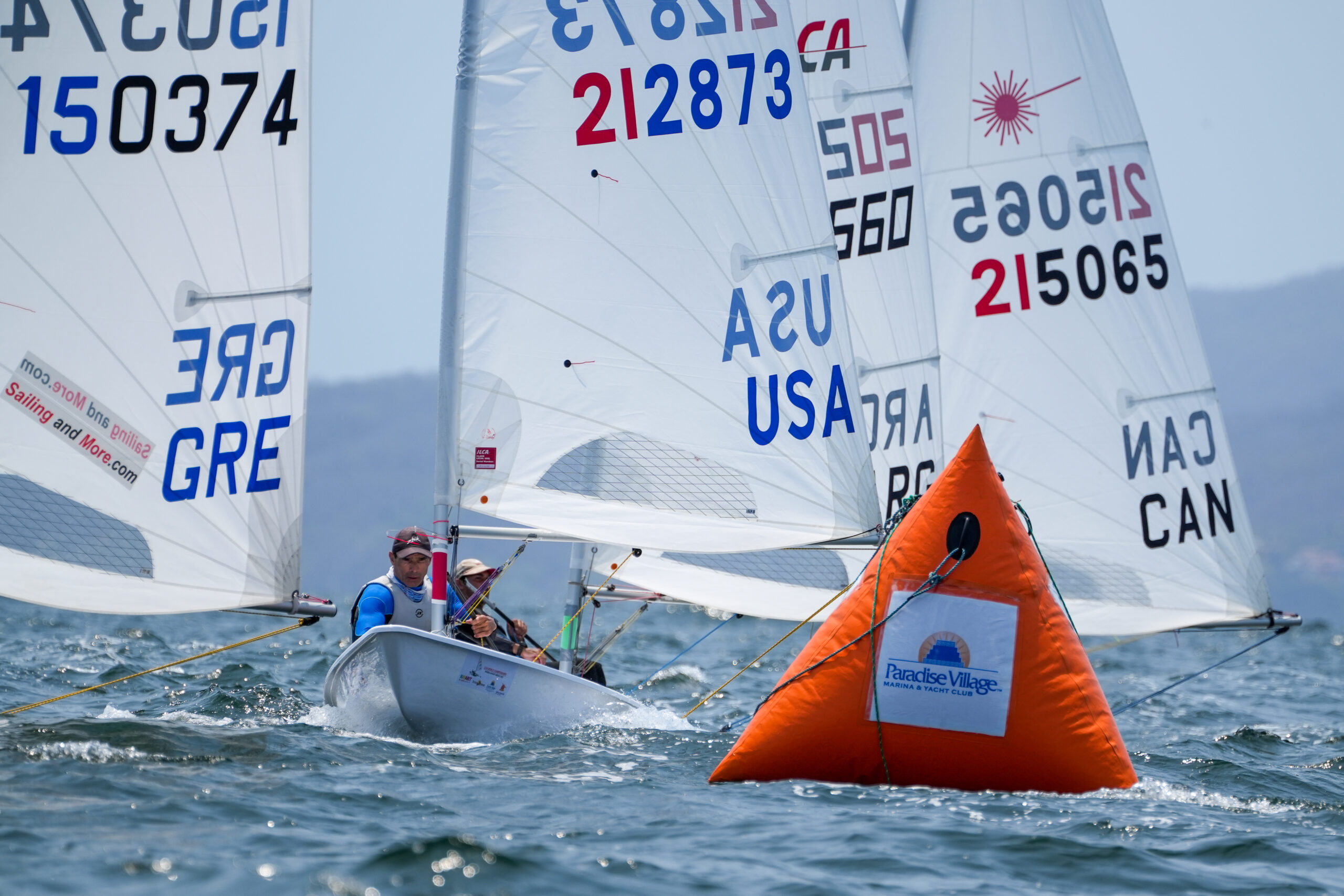 With a grey start to the day and a little rain shower, the Race Committee hoisted the AP flag on shore to wait for the wind. By 12:20, the wind had filled in and the sailors headed out on Banderas Bay in about six–eight knots.

In the Grand Masters fleet, Australian Brett Beyer slid into first overall after securing a first and second place in today’s races. Great Britain’s Mark Lyttle now sits in second place ahead of American Rob Hallawell, who finished in fourth and first today.

After today’s two races, the minimum of four races were completed and one discard was applied to make for a valid championship. Two races are scheduled for tomorrow.