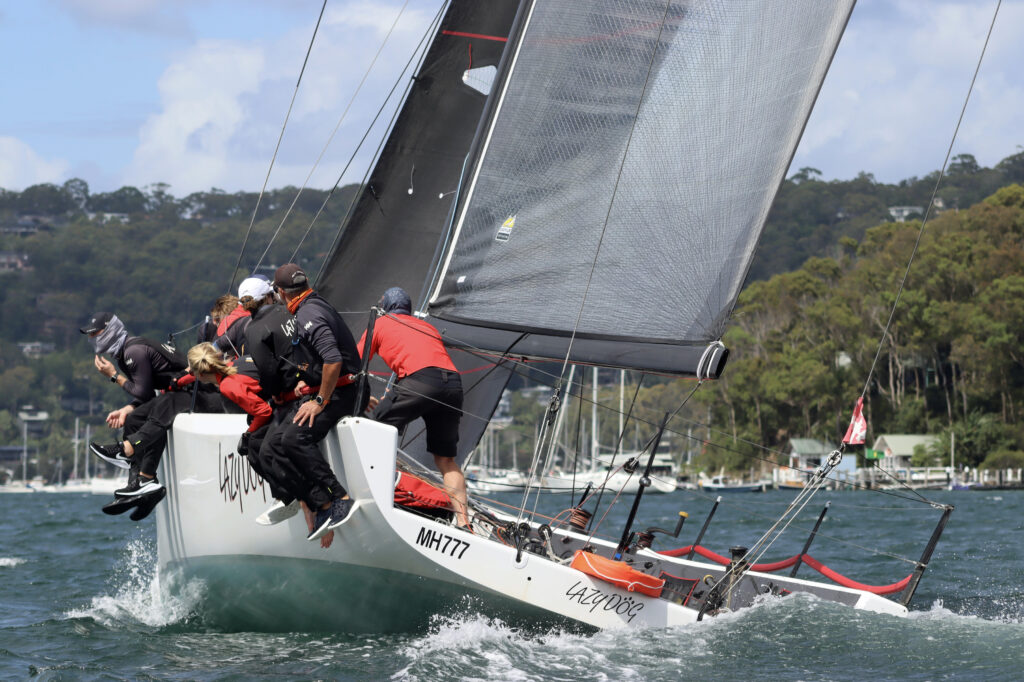 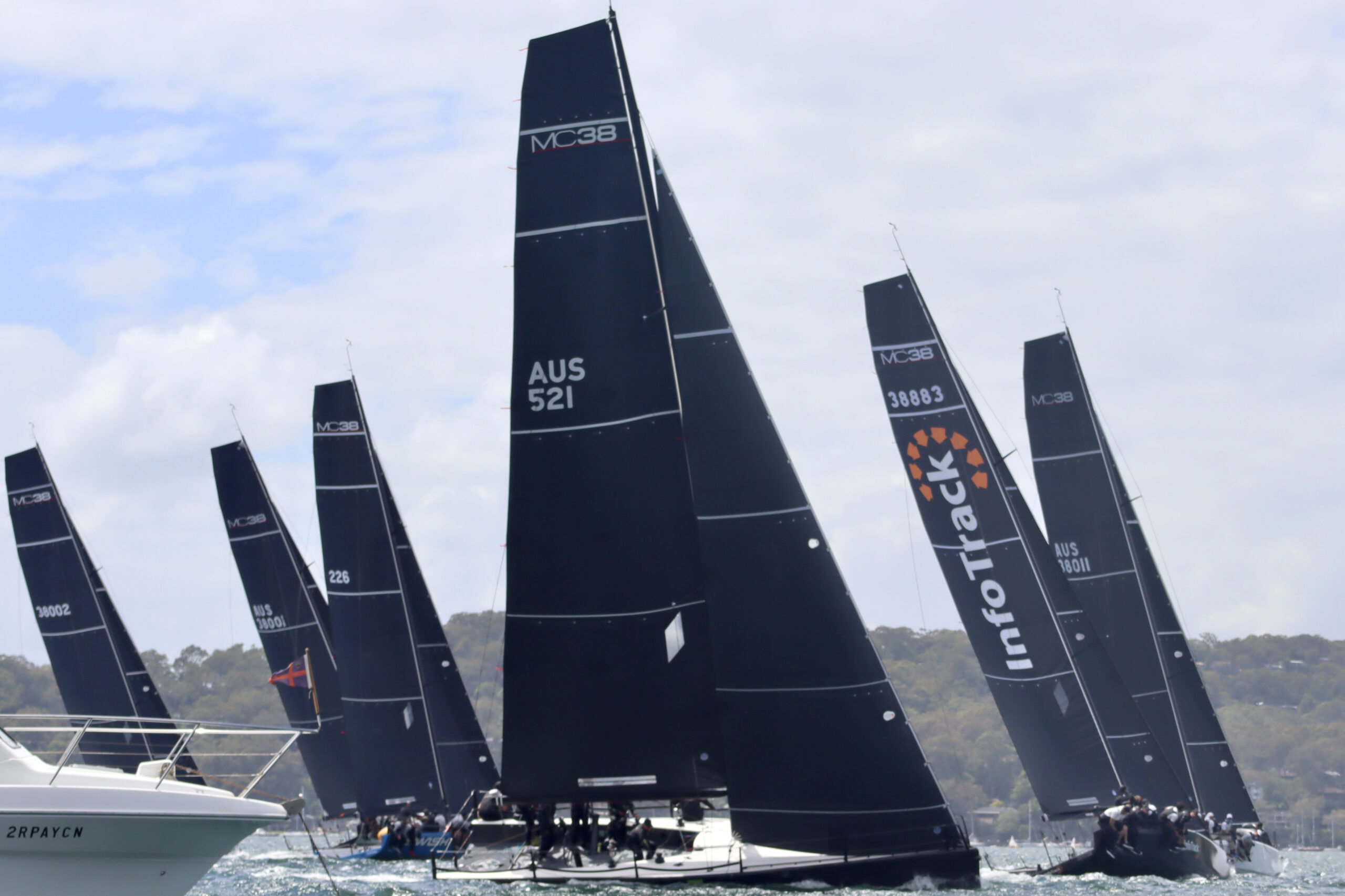 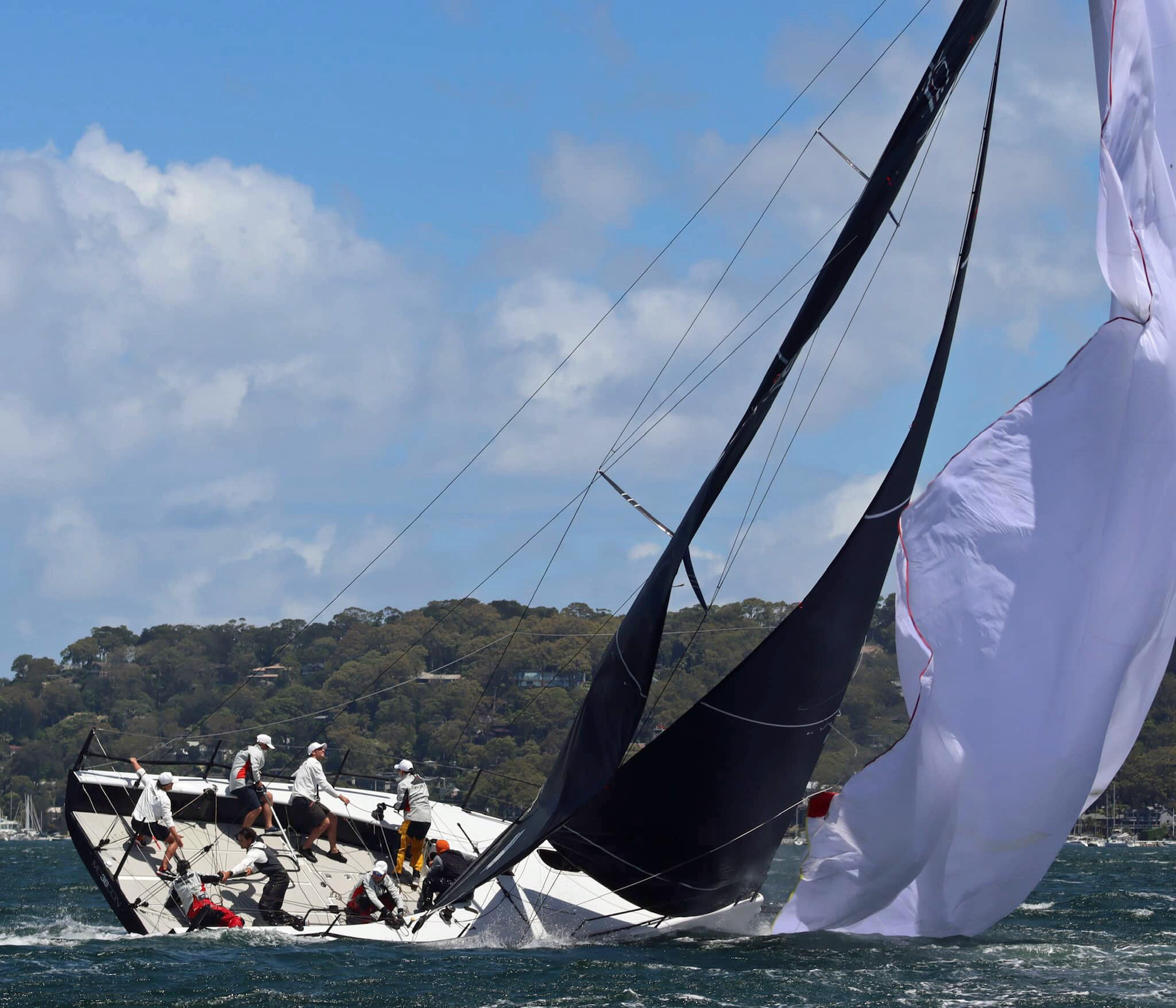 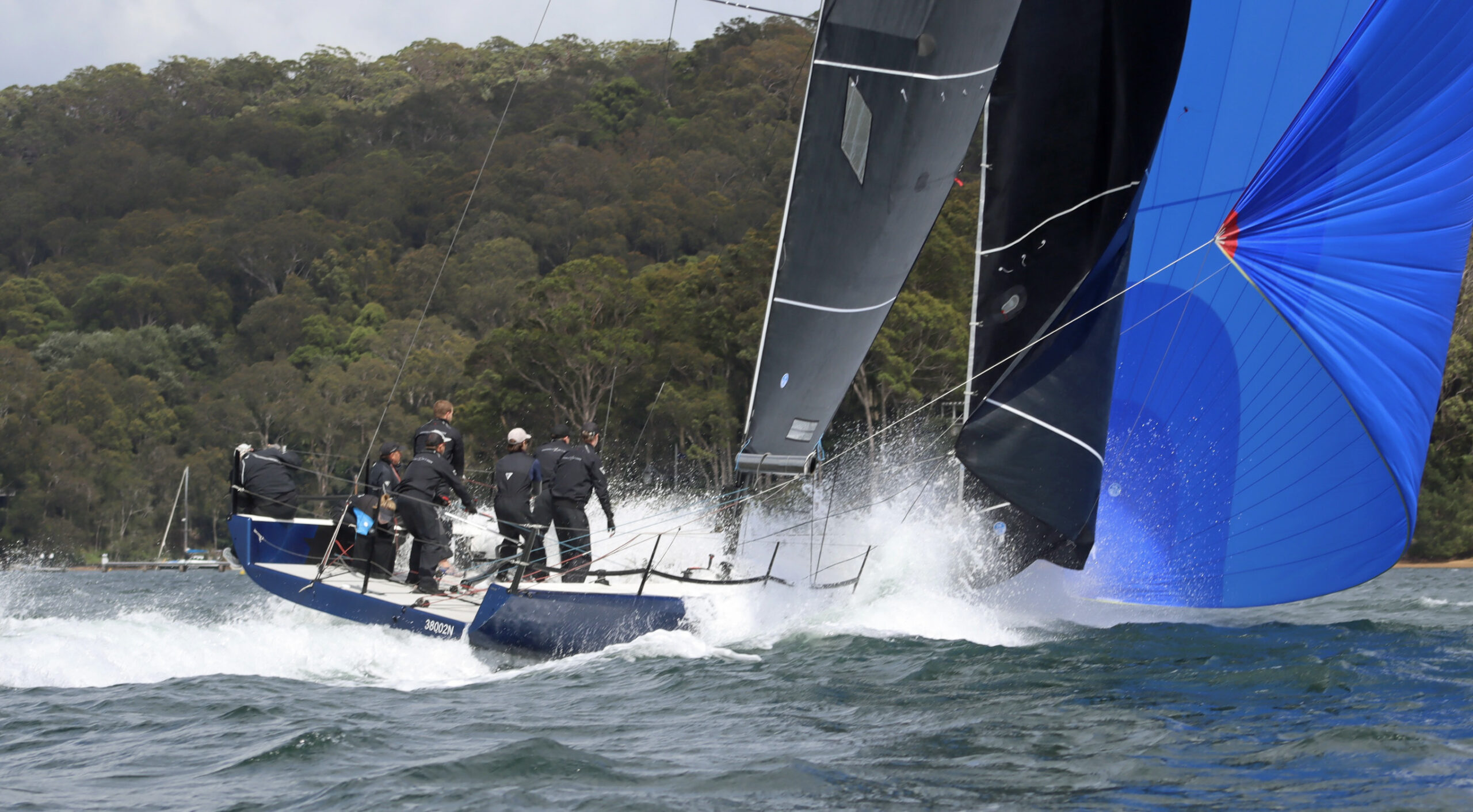 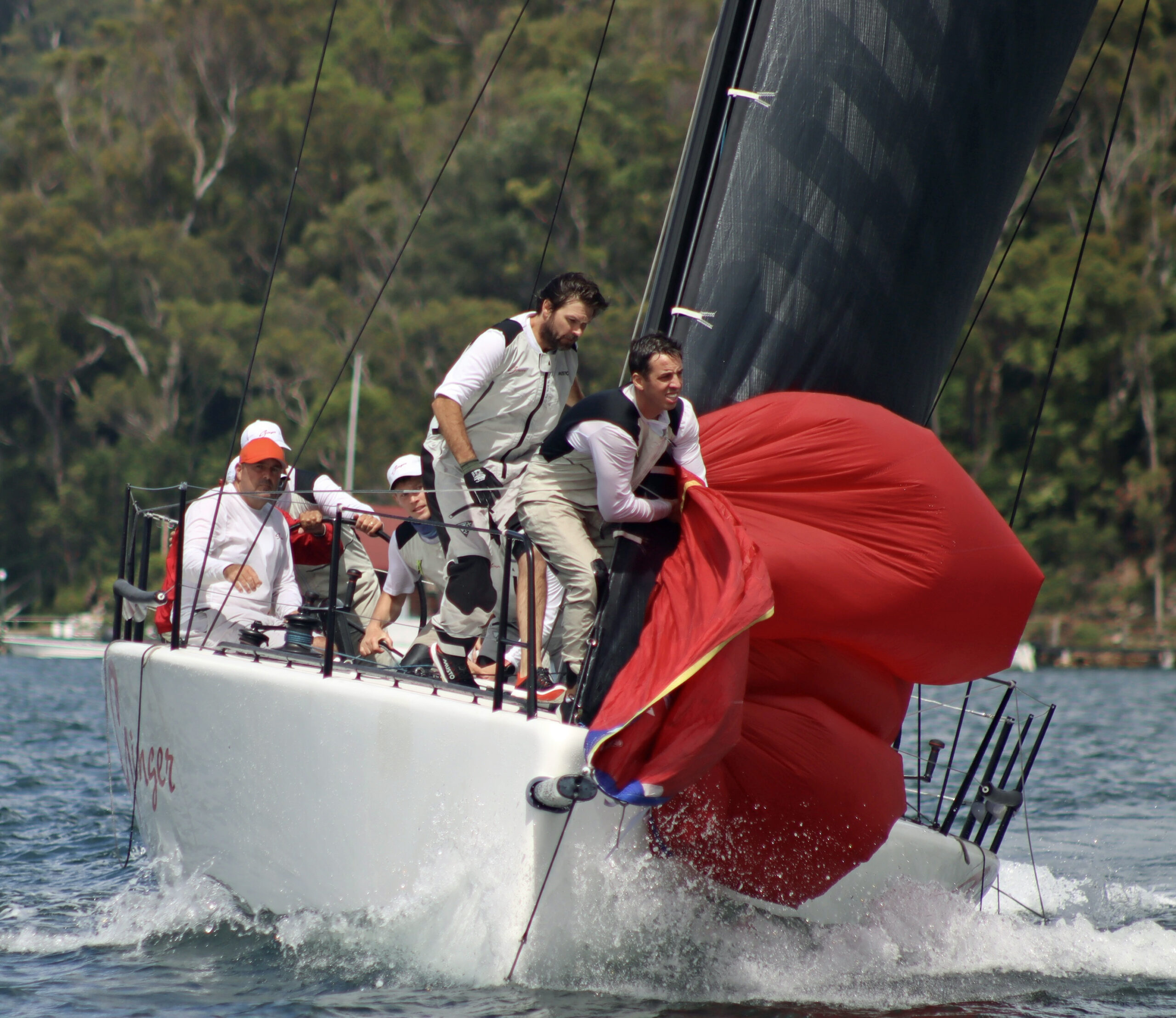 Steven Proud’s Swish dominated the nine-strong one design fleet on day one at ‘big pond’, the deep-water expanse north of Scotland Island, but couldn’t maintain the rage on day two and slipped back to fourth overall behind Leslie Green’s Ginger in third.

Lane said, “Saturday was lighter and flukier and Sunday more consistent though still ranging from 10 gusting to 21 knots. As always it was good racing on a great racetrack and there was the usual big fight at the first top mark rounding and a few spills. Getting results in this class is all about minimising mistakes.” Champion 49er sailor David Gilmour joined Lazy Dog’s crew on mainsheet.

Lane, the class president, paid tribute to Ginger’s result adding, “For Leslie at his age to get a podium in those conditions is a solid effort.” Green sails for the Cruising Yacht Club of Australia where he’s been an active member since 1959. He is one of the original MC38 owners and his team has bagged four Australian Championships and numerous other trophies over a decade of campaigning.

One notable addition to the skipper’s list for Act 1 was Rachel Williams helming Law Connect. It’s been years since the class’ only female skipper Clare Crawford and the MC38 Assassin moved on and Rachel’s partner Christian Beck is keen to support her in the helming role. Beck and Williams shared helming duty on Law Connect while Christian’s seasoned 14-year-old son Indy drove Infotrack into second on the pointscore.

“Everyone is looking forward to the March regatta already,” added Lane. “The class and the owner group are really strong, and we are drawing top Australian talent – plus I get messages all the time from potential new owners asking how they can get their hands on an MC38.”

The class thanks the RPAYC for hosting Act 1 and race officer Steve Merrington and his wonderful team for rolling out a no-fuss seven race series.

The Cruising Yacht Club of Australia will host Act 2 of the MC38 season March 12-13.

For the full results, see: https://app.sailsys.com.au/club/121/results/series/1375/pointscore?handicap=s&subSeries=1805&fbclid=IwAR2jTb8RM9m8azAwj_y9oevezUy0s_yGEcLRupaTuGL6-iRe6BCXcfcapjQ