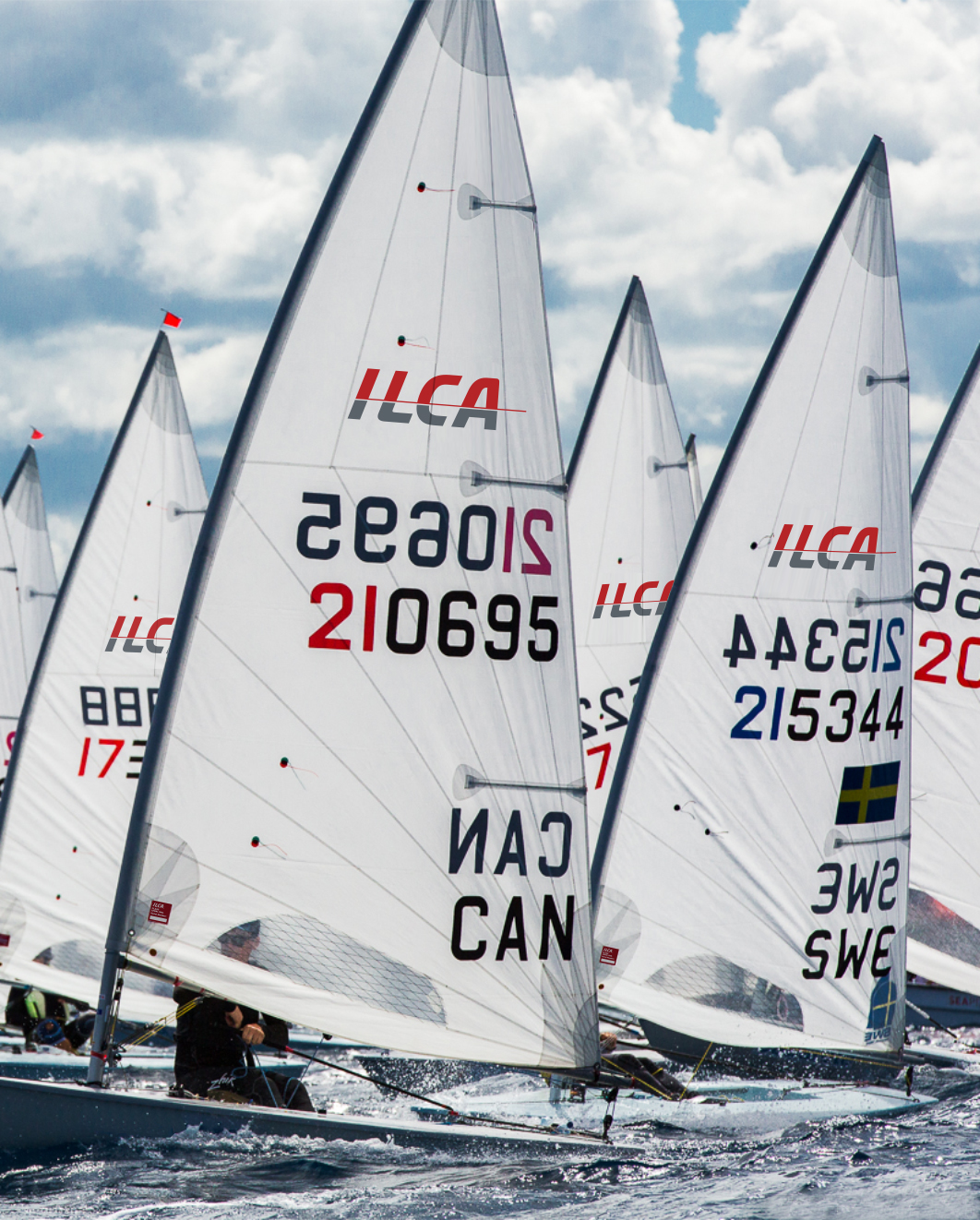 Austin, Texas, USA (25 April 2019) – In the wake of last month’s termination of its contract with its European builder, the International Laser Class Association (ILCA) announced today that, from 25 April 2019, all new, class-approved boats will be sold and raced under the “ILCA Dinghy” name. This change will have no impact on existing ILCA-authorized boats and equipment, which will be able to race alongside ILCA Dinghies in all class sanctioned events.

“It’s a big change for a racing class that hasn’t seen anything like this in our almost 50-year history,” said Class President Tracy Usher. “Our staff and our network of stakeholders have been working tirelessly to ensure minimal disruption to ILCA members and class racers in all regions of the globe.”

Usher pointed out that the name change will apply to all three rig sizes allowed by the ILCA Class Rules (Standard, Radial and 4.7 rigs) and the new class-legal sails for each rig will carry the updated ILCA logo.

Usher said the class is grateful for the overwhelming response they’ve received from the racing community and sailing industry as they look to involve new manufacturers in their existing system of suppliers. “Boatbuilders, sailmakers and manufacturers of spars, blocks, and other sailing hardware have immediately stepped up to help, showing just how tight this sporting community can be,” said Usher.

“The class’s new logo looks great on the boats and sails, and we’re excited about this new chapter in the long story of this great little boat,” said Caldecoat, who has been collaborating on the many efforts involving current and prospective suppliers and dealers. Both PSA and builder Performance Sailcraft Japan have agreed to use the new ILCA name and branding for all of their class-approved offerings.

Eric Faust, ILCA’s Executive Secretary, said his team is close to issuing a formal application form to help narrow down the large number of prospective new builders he’s heard from since the class’s March announcement. “After recent discussions with World Sailing leadership, we’re assured that we have their full support with this changeover, especially since we now have the opportunity to comply fully with World Sailing’s fair, reasonable and non-discriminatory licensing requirements for Olympic equipment. We’ve already had serious interest from well-funded and highly respected builders who are committed to building to the exacting one-design standards of our construction manual and the ILCA Rules,” said Faust.

But Faust is quick to point out that there will be no performance difference in the sails, hardware, or any other equipment that has helped make the class the world’s most popular choice of racing boat. “Our main suppliers of spars, sails and parts will remain the same. They’ll be selling the same class-legal gear, just under a different brand name,” said Faust. “Hyde and North have now made sample sails with the new graphic and we expect to see newly branded ILCA sails available for purchase in the next few weeks,” he said, adding that a combination of new and existing vendors and dealers will round out the more efficient supply chain.

Dan Neri, CEO of North Sails Group and a longtime Laser sailor, says his company is fully on board with this change. “North Sails has always been a huge supporter of ILCA and we are excited about their new direction and the opportunities it brings,” said Neri. “We’ve got our team ramping up production with the new logo and we look forward to continuing to supply quality products for this great one-design class.”

Thirteen-time Laser Masters World Champion, Peter Seidenberg, is also fully supportive of the move. “As a Laser sailor for 46 years, and one who has competed internationally for the last 39 years, I have relied on ILCA’s strict one-design concept to be certain that all boats are exactly the same and that none of my competitors have an advantage by sailing a special boat,” said Seidenberg, who was inducted into the ILCA Hall of Fame last year. “I understand that, because of a breach of the construction manual agreement, ILCA considered it had no choice but to terminate its contract with the European builder and to search for new builders and that trademark restrictions forced the class to rename the boat. I fully support ILCA in their efforts to save the one-design concept of the class and to continue the long-established tradition of ensuring that the boats are identical around the world.”

Usher admits that the timing of the situation isn’t ideal. “Unfortunately we had to make this change at the start of the biggest season for new boat sales so we can’t promise that the next few months will be perfect,” said Usher, who added that PSA and PSJ would be able to move a “substantial number of boats” to Europe, North America, or wherever the need is greatest. “Europe may see a slight increase in delivery times, but other regions will soon see their orders filled more quickly and efficiently than under the previous builder,” Usher said. ILCA plans to reach out directly to its members, districts and to national sailing federations over the next 30 days with guidance on ordering boats and equipment easily.

As suppliers begin to receive new ILCA-authorized decals for class-approved parts this month, ILCA emphasizes that all existing authorized parts on the dealers’ shelves will still be legal for racing. Similarly, all existing Laser brand boats with World Sailing plaques affixed to the aft face of the cockpit are legal for all class racing regardless of the builder. “Club Edition” or “training boats” that do not bear the World Sailing plaque or sails without an ILCA sail buttons are not class legal and will not be eligible to compete in any ILCA-sanctioned event, including events organized by any national or continental class association.

For additional information, ILCA has answered a number of frequently asked questions about the recent changes here: https://tinyurl.com/y66uxb4o