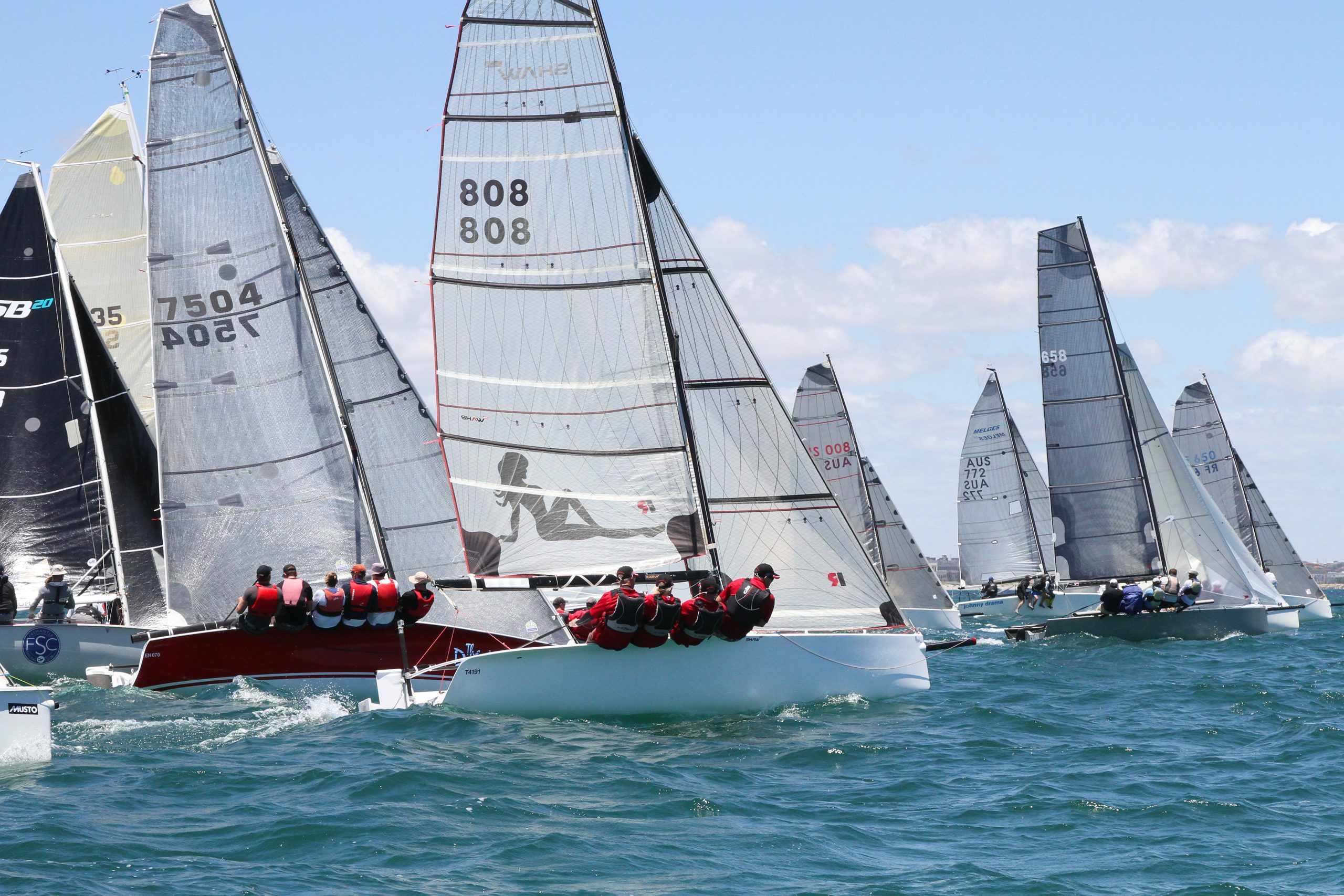 There must be something about sailing on Queensland waters in winter, because the 2021 ASBA National Title, hosted by Darling Point Sailing Squadron, has attracted 20 Sports Boats to the regatta with less than a week until the starters gun.

The four-day regatta, to be held from 25-28 June, will provide a range of windward/leeward and passage races held on Morten Bay in Brisbane.

After Covid-19 postponed the regatta back in January, the ASBA committee agreed to hold the regatta in winter and use it as a kick starter to the northern Queensland regattas, which has seemed to pay off.

With 20 nominations to date, and possibly more to come, this is the best Sports Boat regatta in years for numbers. It’s also great to see a few new members and their new boats out on the water.

The regatta is shaping up to somewhat of a state of origin, as all competitors so far are from Queensland or New South Wales. Reports are that shots have already been fired with something of a slur coming from two-time National champion, Malcom Dean (The Stig).

Dean encouraged his NSW competitors to start their travels at “50 to 6” (not 5:10), just like the score in the first State of Origin game.

Dean is in great form, with a win at the ASBA NSW title back in April. He is selling his Shaw 650 ‘The Stig’, and the questions are: Will he get his nationals hat trick and will he go out on a high? Or will another boat take it out. Only time will tell, but he will have a range of other designs gunning for him.

The 6.5m design boats have the best numbers of the fleet, with seven on the start line, including three Leech 650s and four Shaw 650s.

Pre regatta talk is it is going to be a cracker of an event with the skippers already betting bottles of rum for the win. A

SBA President Andrew Clauson, and ASBA Vice President Malcolm Dean, are both looking forward to the battle. Best of all, they have a handful of other 650’s, so need to sail hard and watch their backs. It’s going to be hard fought to win the battle of the 650’s.

But it does not stop there. The regatta will host an Elliott design division containing three mighty Elliott’s 7’s and one Elliott 780.

This idea was drummed up in a joint venture between the ASBA and Elliott owners wishing to get an Elliott 7 Nationals within the ASBA Nationals. Unfortunately, we could not get there, so giving the Elliott designs their own division, while still racing for SMS rating and ASBA LTP handicap honours in the other divisions.

Up the fastest time end of the fleet, the regatta has a good range of 7 to 8m boats in line for line honours bragging rights. In the 8m boats, we have a newcomer to the fleet, Graham Turner with his Thompson 8 . Looking to get the gun, it will give the other 8m boats some stiff competition.

Two 8m boats have gone through some big modifications since they last raced with the ASBA, including the Scorpion 8 More Dough, skippered by a local Brisbane sailmaker, so local knowledge may come into play.

To keep the 8m boats on their toes the slightly smaller 7m range boats cannot be underestimated, especially if the wind is in their favour. This includes Andrews Wiklund’s Crank, Leon Thomas’s Sayer 7 and the three REO Sports Boats (Andrew York designs). It’s going to be a hard-fought battle and we could see podium winners coming from these guys.

The ASBA has been running two main divisions across its regattas for the past two years with great results. SMS rating has been the primary system used since the ASBA convened.

However, the ABSA saw a need to bring is a second system for those that did not want to chase a ‘rating’, and so it was the ASBA LTP (Long Term Performance) handicap was constructed in conjunction with Top Yacht, for a fairer performance handicap system.

The system was designed to stop the major highs and lows of performance handicaps and is also to seek out boats throwing races to get a better handicap.

For the last two years, the ASBA has been using the system either in trial in the background or included in the results. This has been well received by the ASBA members so far and they hope to keep that trend going.

There is still time to put a campaign together, and you do not have to worry, as the ASBA has scratched the late entry fee to help you get there.

For all information, go to: http://www.asba.org.au or ASBA Facebook page: http://www.facebook.com/sportsboatsaus

You can also watch some of our pervious regatta videos at: http://www.youtube.com/channel/UC06fS6fSP_9pAjAlkX6kuyQ