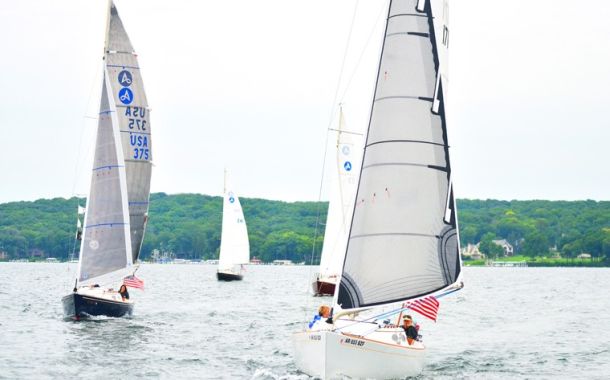 After 37 years zigzagging to and fro across the lake, the Lake Geneva Keelboat Racing Club is making some changes under the leadership of it’s new Commodore, Patrick Evans.

Evans, a lifelong keelboat racer from Chicago, said that his technological background aided in him in coming up with ways to move the club into the digital age, forming what they’re calling the world’s first “virtual yacht club.”

And no, that doesn’t mean anyone is wearing a virtual reality helmet and pretending to sail around the lake.

“What we’re doing is literally installing the word “virtual” into different segments of how to run a yacht club,” Evans said.

By doing so, the keelboat club is developing the same exclusive and upscale atmosphere of a yacht club without the costly dues and annual racing fees.

“We are a group different than the Lake Geneva Yacht Club,” Evans said. “They’ve got a yacht club, costs them a lot of money, everybody has to pay a lot of dues. My thought was ‘hey, why don’t we modernize this concept.’”

In lieu of dues, the keelboat club implemented a PayPal account through which members can pay their racing fees. This way, Evans said, nobody is forced to pay for a race they can’t attend.

Races cost just $10 each and are held every Wednesday and every other Saturday, he said, and as long as payment is made by 5 p.m. on Monday anyone is clear to race.

Continue reading here, including how they handled their “virtual clubhouse”.