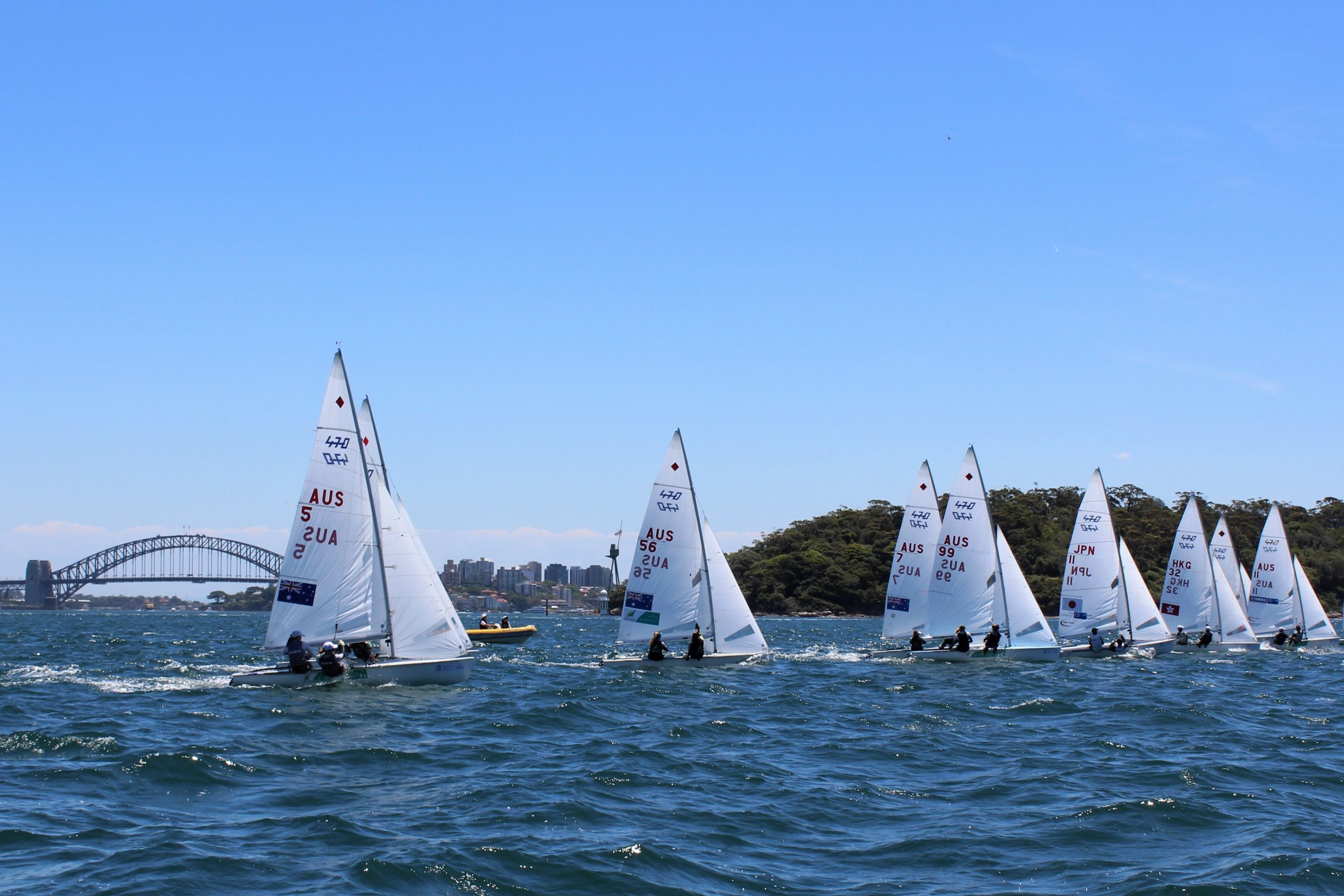 Australian Sailing Team star Mat Belcher admits he and partner Will Ryan are not yet in the swing of campaigning for the Tokyo 2020 Olympics, but a new training arrangement with two Japanese crews has lifted the duo’s performance to a new level, as they demonstrated on day one of Sail Sydney on Sydney Harbour.

Belcher and Ryan were one of the standouts for Australia on a day which ended with New Zealand crews leading in three of the seven Olympic classes. The pair, who won a silver medal at the Rio Games last year, closed out both 470 races to assert their dominance over the 12-boat fleet. However, in close pursuit were Doi Kazuto and Naoya Kimura, and Daichi Takayama and Kimihiko Imamura, who have joined Belcher and Ryan in a training alliance the parties believe will work to the benefit of Australian and Japanese 470 sailing.

“Both these crews are new partnerships, very motivated, very well supported and they’ve got one goal – Tokyo,” said Belcher, a seven-time World Champion and gold medallist at London in 2012. “For us to have that partnership with them is phenomenal. It’s very mutual and I’m very excited for that core strength to expand within the Australian group. When we go to Europe we know we’ll have that level of training, of setting the benchmark for a lot of our young Australian sailors to reach.

“We need reliable training partners. We need to be able to push and we need to have a lot of trust within the group to be able to develop things together. We can spar together, do these events here and, as you can see, they’re two and three. They were really close in Melbourne. Chris Charlwood [and crew Josh Dawson] one of our young guys, is just on the edge of that group and closing in. Having them training with us lifts all of us, which is what it’s all about.”

Belcher and Ryan are keen to add another title after winning at Sail Melbourne earlier this month, as is Finn sailor Jake Lilley, who has brought his fine form with him. Lilley scored two bullets to lead from teammate Oliver Tweddell and Sweden’s reigning World Champion Max Salminen.

Belcher said the competing in an event like Sail Sydney was an important step in building team spirit early in the next Olympiad.

“It’s great to be competing against our training partners but also to be here to support the event,” Belcher said. “Victor [coach Victor Kovalenko] is an ambassador for the event, we haven’t done this event for three or four years, so it’s nice to come down and enjoy the great conditions.

“We need to be quite specific with what we’re looking for at a regatta like this. It’s not just about the racing for the sake of it. We’re trying to look at the details and some of the things that we’re trying to tick off before next year. And, part of that motivation is to be here for our younger squad members. That’s a big thing for us, to see that collective buy-in to a proper team environment to really start to work together.”