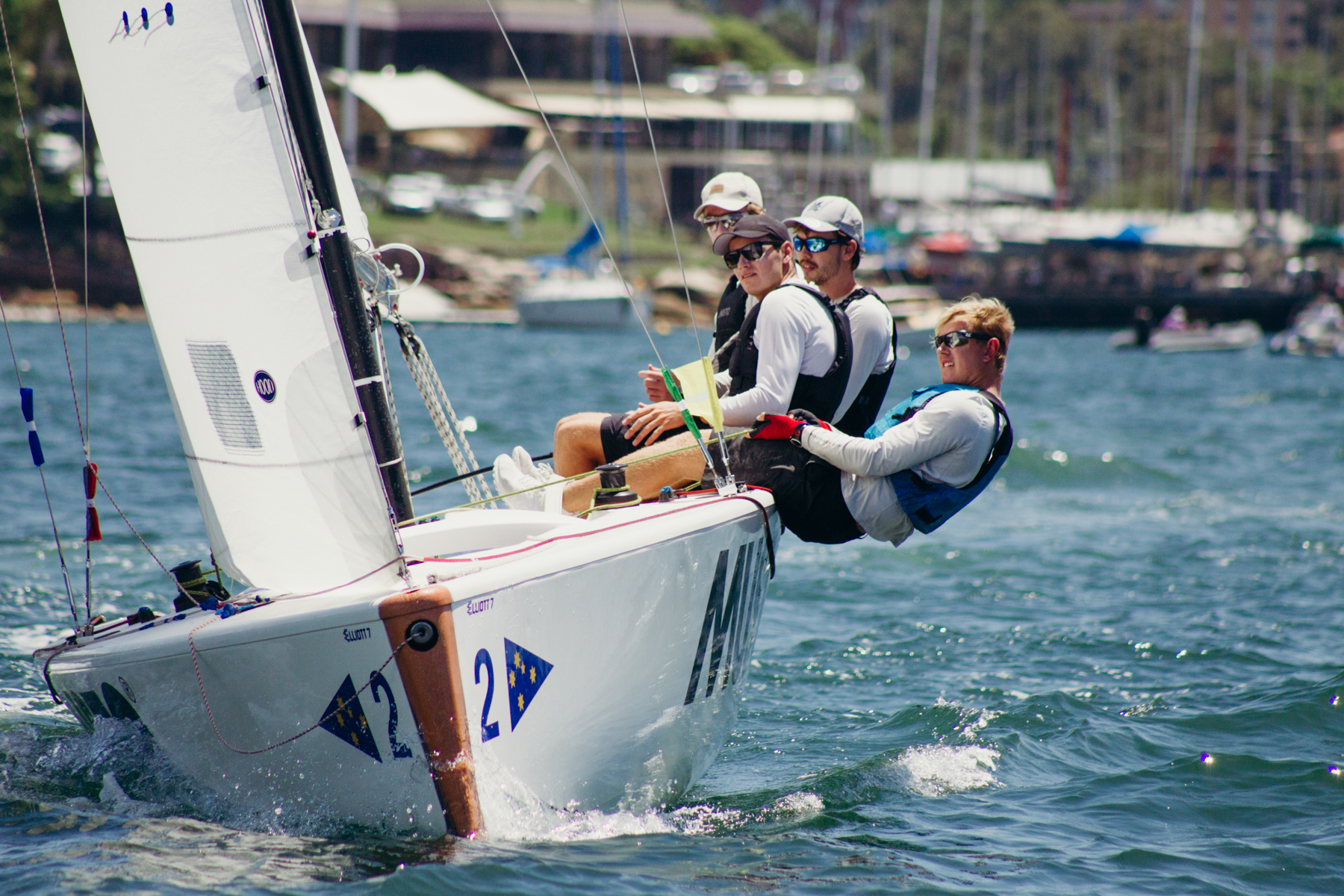 The last time a New Zealand team left Aussie shores with the prestigious under 25 title was when Will Tiller’s crew prevailed at the 2011 Hardy Cup.

Against the usual Sydney Harbour backdrop with its distracting tourist hot-spots like the Opera House and Sydney Harbour Bridge, crews had to focus extra hard as the China SailGP F50 foiling catamaran practiced for next week’s much-anticipated SailGP launch.

Charlie Welsh, the New York Yacht Club’s skipper, said, “It was kinda hard to sail with the SailGP boat dialing up in the background. You can hear the winches whistling, but I know if I turn around I’m going to lose this race.”

Back at the host club Royal Sydney Yacht Squadron after racing in 6-8 knot easterlies on Tuesday February 5, Egnot-Johnson said: “We finished round robin one tied on points with James Hodgson and Chris Weis’ teams then went into the second robin and chalked up a couple of wins. We were happy not to throw away any races in the light and shift easterlies. It was very tricky out there. The China GP team buzzed us which was pretty cool!”

Hodgson, sailing for the Cruising Yacht Club of Australia, agreed it was a demanding second day on the water and is well-aware more light winds “spinning every direction” will see out the regatta. “The good thing with short course racing is you only need a local breeze. Hopefully we can complete the schedule; we’ll keep it simple and try not to lose our heads over the shifty conditions,” Hodgson added.

RSYS race officer Rob Ridley has the option to complete round robin two on Wednesday or go straight to quarter finals. “How the remainder of the four-day Hardy Cup plays out is totally wind dependent,” Ridley said.

The Elliott 7 is a new class of boat for the NYYC team and last year’s winning skipper, Clare Costanzo, is working the mainsheet for the USA team, and bringing her Elliott expertise and knowledge of the harbour to the first-time Hardy Cup crew.

“It’s our team’s first time in Sydney and it’s an incredible place to sail, though we could do with a bit more wind,” Welsh commented.

Conditions for day one were ideal, a 10-12 knot sou’easter and sunny skies launching the series. Hardy Cup day one highlights

RSYS is also the headquarters for stage one of the inaugural SailGP championship.