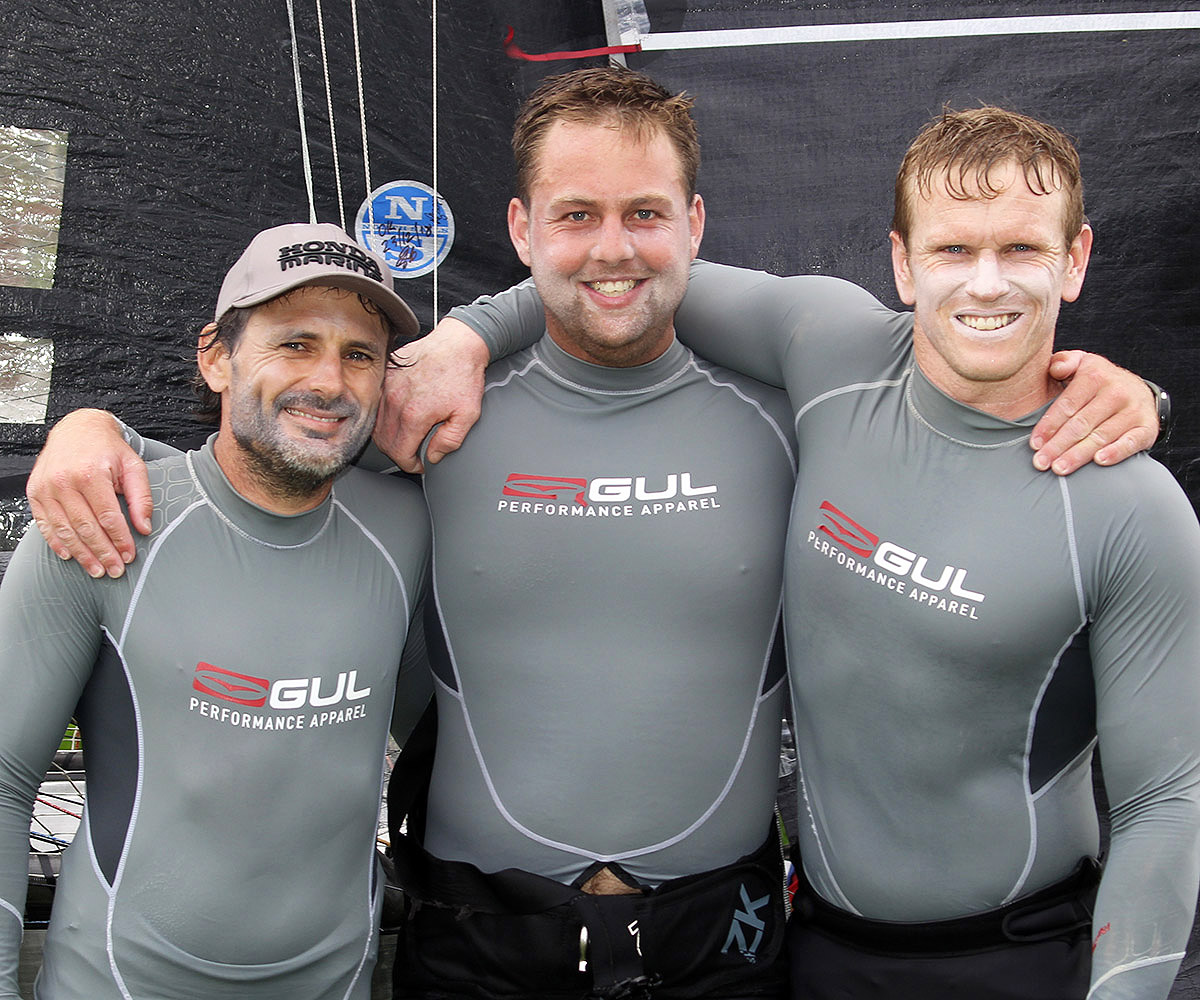 Honda Marine completed the regatta with an incredible score of 13 points, which was made up of five wins, two second placings, and one fourth placing.

Not content to sit on the fact that the championship had already been decided yesterday, Honda Marine came from behind ASCC over the final lap of the course to win the last race of the championship on Sydney Harbour today.

ASCC led from midway down the first spinnaker leg and looked a likely race winner, but the incredible Honda Marine team finished too strongly to take out the race by 33s from ASCC.

ASCC then dominated the downwind leg to the south end of Shark Island, then the run to the bottom mark off Clark Island.

Honda Marine was still ahead of Finport Finance, with Winning Group fourth, followed by Smeg, Noakesailing, and Bing Lee.

Over the second lap of the course, the two New Zealand teams continued to lead the fleet as ASCC led clearly from Honda Marine, while Finport Finance, Winning Group and Smeg were close together and battling to become the second and third teams on the podium.

It was on the final windward leg when Honda Marine made their challenge to ASCC and the two great teams turned for home with just two boat length between them.