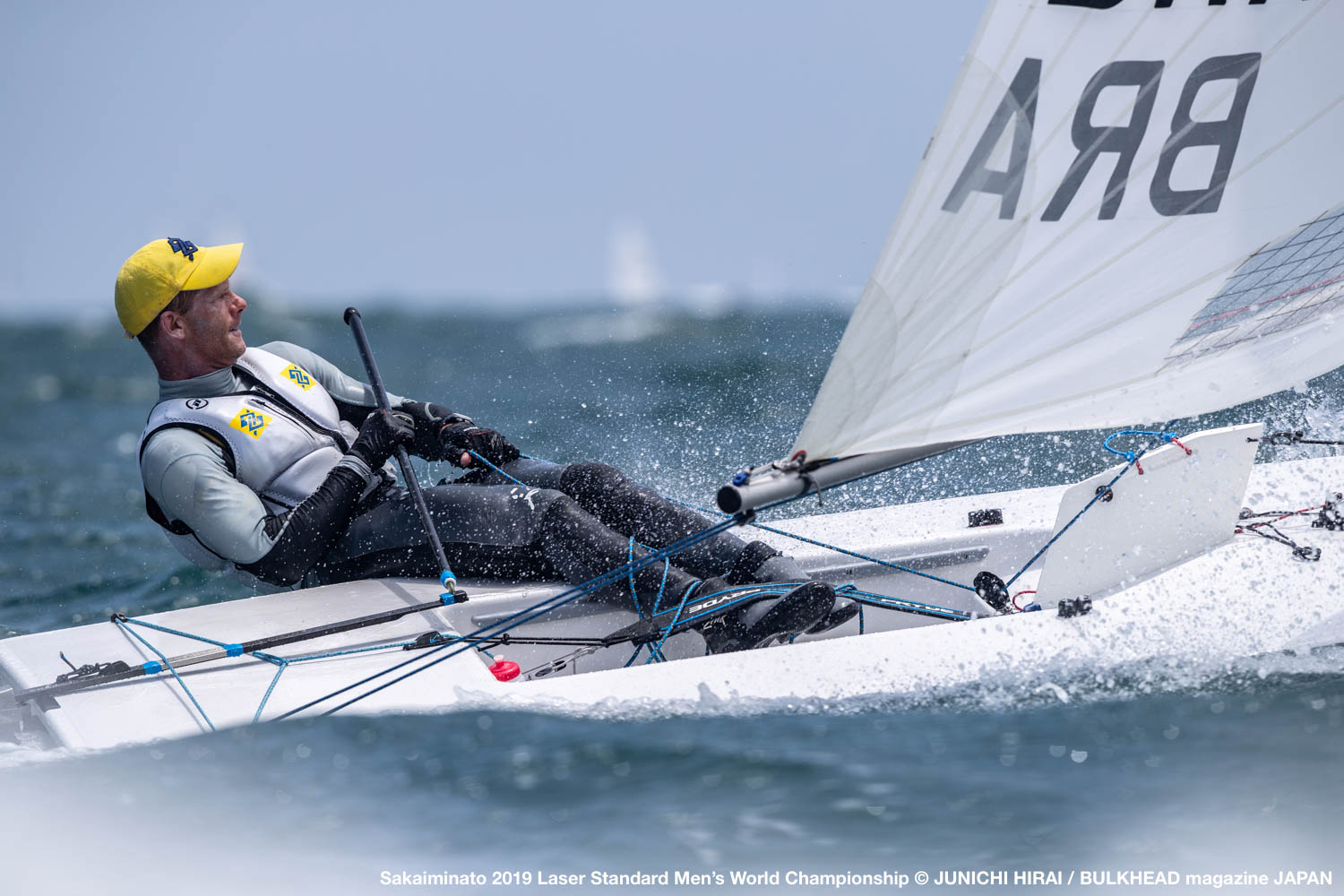 Miho Bay, Japan: After six qualifying races, the final two sailed in ideal 15-18 knot winds; the Gold fleet is now decided and will determine who will be named the ILCA Laser Standard Men’s World Champion.

New Zealand’s Sam Meech had a perfect day in in the Red Fleet with two first places, moving him up from ninth place yesterday to lead the regatta by one point over Australia’s Matt Wearn.

Wearn also had a stellar day with first and second places, moving him up to second overall from eighth place yesterday. Elliot Hanson (GBR) also posted a perfect score, taking two wins in the Yellow Fleet, moving him up from 12th to fourth place.

Rounding out the top-five is Jean-Baptiste Bernaz IFRA) in third and five-time Olympic medallists, Robert Scheidt (BRA) in fifth after another day of consistent sailing. The leaderboard is incredibly tight with only 10 points separating the top ten sailors, a remarkable statistic after six races in one of the world’s most competitive fleets.

With the conclusion of the qualifying series, sailors will now be grouped into Gold, Silver and Bronze Fleets of 52 boats each for the six-race final series to determine the world champion.

In addition to the quest to become world champion, five sailors will qualify their countries for an entry in the Men’s One-Person Dinghy Event at the 2020 Tokyo Olympics. With 16 countries already qualified, the battle for Olympic berths will take place further down in the standings.

Currently, Jesper Stalheim, in 10th place, looks to be in a good position to qualify Sweden. Rounding out the current top-five, not previously qualified countries are Russia in 15th place, Spain in 19th, Hungary in 20th and Guatemala in 21st place overall. However, with five more non-qualified countries in the Gold Fleet, there will certainly be a battle for these Olympic berths over the next three days.

With the qualifying series now concluded, racing continues tomorrow with two races scheduled to begin the 6-race final series for the Gold, Silver and Bronze Fleets.