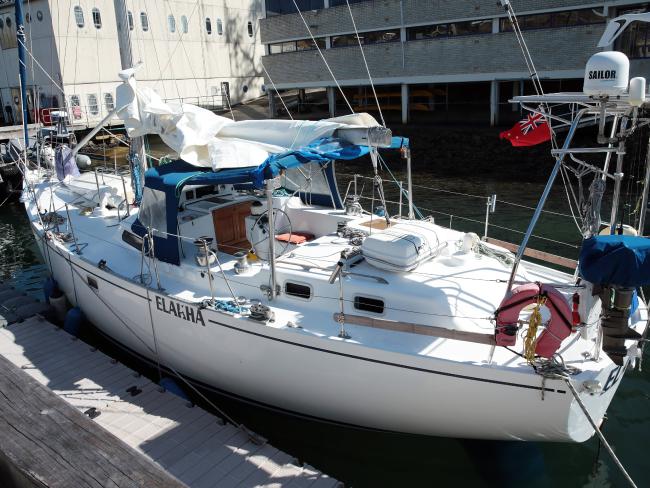 The yacht Elakha was intercepted off the NSW coast on Thursday with 1.4 tonnes of cocaine allegedly found on-board. Picture: John Fotiadis/Daily Telegraph.

By Ian Paterson and Nick Hansen, The Daily Telegraph

A COVERT midnight mission involving the intercept of a yacht off the South Coast has resulted in the biggest cocaine bust in Australian history.

Authorities seized 1.4 tonnes of the drug on a New Zealand yacht as it approached the state’s south coast.

The drugs have a street value of $312 million — equivalent to 1.4 million hits to users.

The Elakha yacht received the load from a “mother ship” in the South Pacific before its two crewmen headed for Australia, the Australian Federal Police allege.

But just after midnight Thursday the Navy’s HMAS Bathurst intercepted the vessel 370km east of Sydney, arresting a 63-year-old New Zealand national and a joint Swiss-Fiji citizen, 54, who were on board.

Both men face Central court today and another four Sydney men appeared in court on Friday. They are aged between 32 and 66 years old.

The AFP will allege two smaller boats were due to leave the south coast to transfer the load from the Elakha before the plan was foiled by the two-and-a-half year investigation by the AFP, Australian Border Force, Navy and New Zealand Customs known as “Operation Armour”.

Continue reading and see more photographs at the Daily Telegraph.