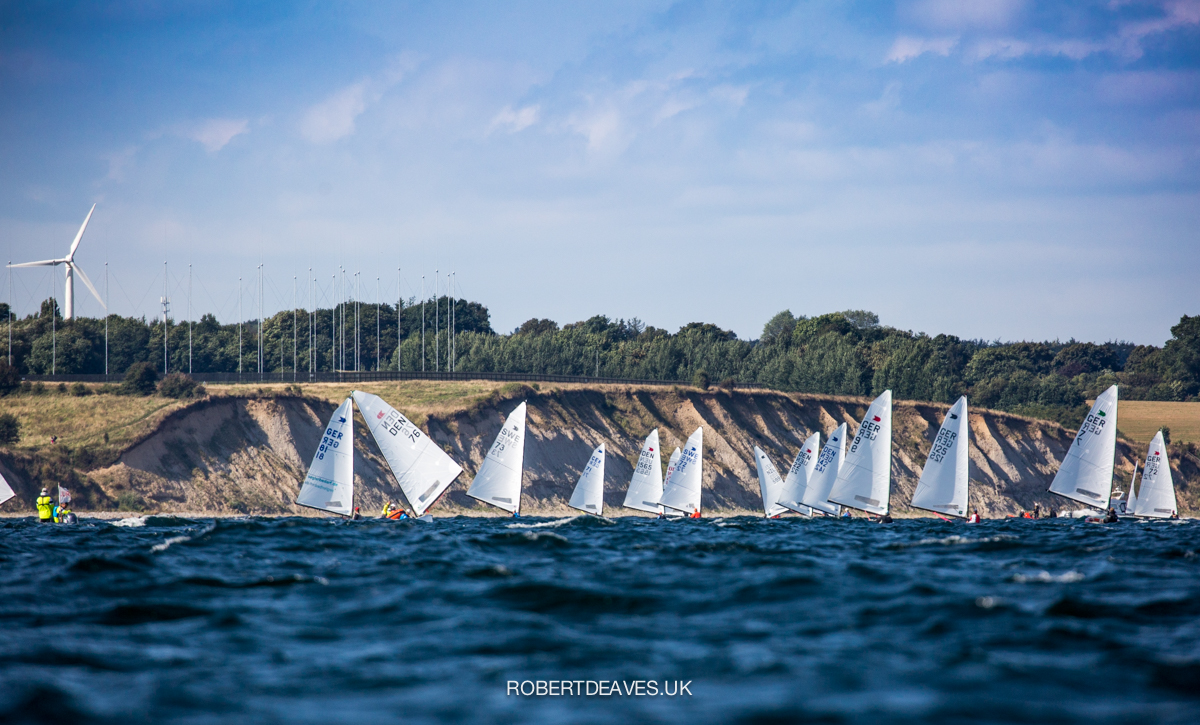 The downwind of race one at Kieler Woche. Pic - Robert Deaves

After no races were possible on the opening day on Saturday, Sunday brought almost perfect conditions with 14-18 knots from the east, nice waves and wall-to-wall sunshine for most of the day. Three races in these conditions was enough for the fleet, and the original intention to run five was quickly dispatched.

The story of the day was a close battle between Petersen and Budzien, always at the front and pushing each other at every mark. In the first two races the difference was Petersen’s downwind speed, taking the lead both times on the downwind after Budzien led at the top. In the final race, Budzien again led at the top but this time had enough of a gap to maintain the lead throughout and while Petersen closed the gap, he couldn’t get past.

Hammerö picked up a 4,4,3 with Denmark’s Jesper Bendix and New Zealand’s Greg Wilcox and always in the mix in the top five.

Racing continues until Tuesday, though the forecast for Monday is not very promising.