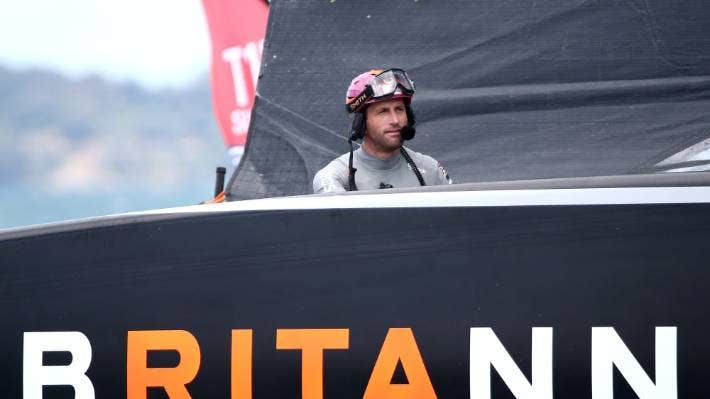 INEOS Team UK skipper Ben Ainslie has questioned the fairness of a rule that has hs team facing a race disqualification if they stray outside the strict AC75 Class Rule. PHIL WALTER/GETTY IMAGES

The complaint of non-compliance rule allows teams to question opposition developments they feel are breaching the strict guidelines set down in the AC75 Class Rule that governs the radical foiling monohulls introduced for Auckland 2021.

Luna Rossa successfully protested a sail innovation that INEOS Team used to get Britannia away to a flyer in the Prada Cup round-robins.

A second successful protest against Britannia would see the British disqualified from their next race.