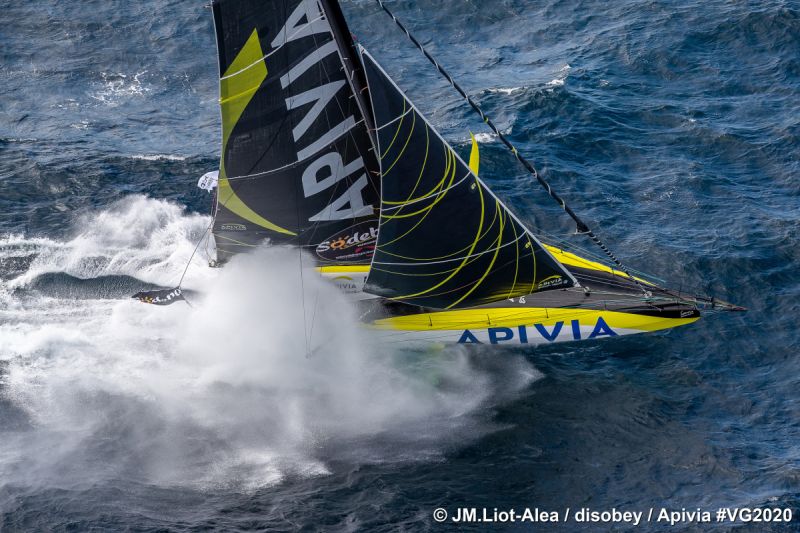 After 80 days of racing, Vendee Globe could be won by minutes

With something less than 24 hours until the first solo sailor finishes the Vendée Globe off Les Sables d’Olonne Wednesday night, even the most advanced modern weather routing programmes operated by some of the finest minds in ocean racing cannot seem to agree who the winner of a truly epic ninth edition of the non-stop solo round the world race will be.

The margin of victory looks set to be down to tiny minutes after 80 days and 24,350 miles of racing. With five skippers harbouring realistic hopes of winning, the reality is that any one of Charlie Dalin, Boris Herrmann, Louis Burton, Thomas Ruyant and Yannick Bestaven have delivered performances equally worthy of overall victory.

Over 80 days and nights, 24/7, always on, they have engaged millions of spectators like never seen before since this race was founded in 1989.

Each of these top protagonists – as have all the 20 still racing – have revealed their characters day by day, ocean by ocean. By the hour, their modus operandi, their strengths and their weaknesses, have seeped out these heard earned miles.

With less than 400 miles to the finish this evening Charlie Dalin (Apivia), 36, leads by over 85 miles heading into his long, dark final full night at sea, from 39-year-old Boris Herrmann (SeaExplorer-Yacht Club de Monaco) who will become the first German to finish the race.

Louis Burton (Bureau Vallée 2), 35 from Saint Malo is third at 57 miles behind Herrmann. Fourth placed Thomas Ruyant, 39 from Dunkirk has with Dalin and Bestaven been one of the occupants of the podium positions all the way round the globe, while Yannick Bestaven (Maître CoQ IV) celebrated his 48th birthday leading the race just west of Point Nemo and is fifth at 295 miles behind Dalin.

Pre-race favourite Dalin has raced surgically precise courses with metronomic consistency on the newest and most proven boat. He has led for 36 days and at two of the three great capes.

Herrmann has paced his attack perfectly, quietly and efficiently preserving himself and his equipment, like a grand tour cyclist, in readiness to ratchet up his attack when the final miles chime perfectly with the sweet spot of his slightly older – but perfectly prepped and optimised boat. He has never led the race but – with a time compensation of 6 hours – may well become the first ever non-French winner.

Burton, the maverick from Saint Malo, collected three time penalties over the duration of his course and some would say pressed his boat closest to its limits, suffering numerous pilot and sail problems but prepared to dare harder, faster and deeper in the south. Remarkably he recovered more than 800 miles on the leader and 400 miles on the peloton after he had to repair at the remote Macqaurie island.

Ruyant has been in the top three for 72 per cent of the race despite losing his port foil before the Cape of Good Hope and has the race’s best 24 hours run of 518 nautical miles. And Bestaven has been the revelation, sailing the perfect combination of fast and smart on a well optimised boat, sailing a good boat excellently.

The outcome seems set to be decided by tiny fractions of the race’s overall duration. Almost certainly time compensations allotted to skippers for their role in the rescue of Kevin Escoffier will decide one or even two of the podium positions. Herrmann at six hours has to finish four hours and 15 minutes ahead of Bestaven who has 10 hrs and 15 minutes.

The Bay of Biscay is the arena for the ultimate showdown. In the south, Charlie Dalin and Boris Herrmann work the shortest and most direct route close to Cape Finisterre, with Burton, Ruyant and Bestaven on the longer, faster route from the north. Bestaven had made 100 miles back on Dalin in the 24 hours before 1700hrs UTC this evening but was still 266 miles behind doing 19.6kts compared to Dalin’s 15.1kts.

The harsh reality is that with the time bonuses Thomas Ruyant might lose out most, left out in the cold in fourth or fifth after an excellent race. On the English Live show today his team manager Marcus Hutchinson looked at the bigger picture,

“The reality in this race now is that if we had told Thomas before the start that he was going to finish within four or five or six hours of the first boat crossing the finish line he would have taken that. And that is what he will get, but here we have three or maybe four boats in between him and the first to finish and that is secondary. But we have to contextualise these things. All of these guys and girls to get to the start line is an achievement, to get to the finish is even more special. But here we are 24 hours or a bit more from the finish and we just don’t know how this is going to pan out. So thank you to all of these skippers they have made this an incredible sporting spectacle like we have never seen on this race.”

Rooting for Dalin, and with whom he won the Transat Jacques Vabre in 2019, Yann Eliès concluded sagely, “Here we are. We just need to be patient, to wait and see what happens right up until the first crossing of the line.

“Let sport do its magic!”