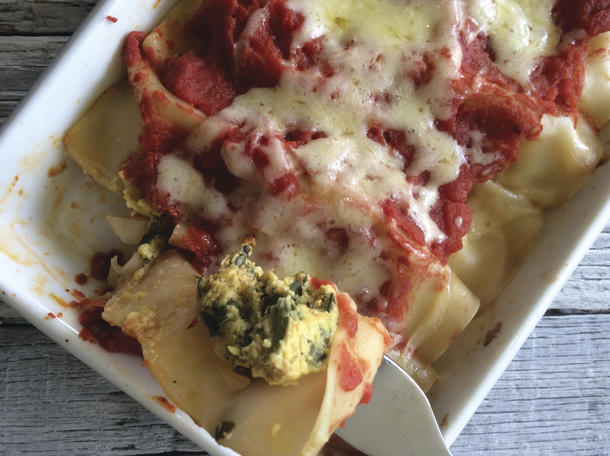 Breakfast for the kids in my life could and would be easy. Just about any kind of commercial breakfast cereal with an obscene amount of sugar would appease them and torture us. Not on my boat!

In past columns, I have shared several breakfasts that the kids can prepare for themselves and us, granola being a secret weapon of mine to steer them well clear of unnecessary sugar in their diet and keep them occupied. For a while anyway.

Even the youngest of the kids in my life are now tweens or young teens. The kids are fast becoming young adults and, embarrasingly, a hell of a lot more mature than I was at their age. So perhaps a more mature adult-like breakfast is in order.

With an Italian style percolated coffee perhaps? I dread these kids will grow up to be hipsters rather than sailors!

Some three quarters of an hour later and, with capsicum seeds all over the cabin sole, they have a breakfast skillet prepared. With some thick hand cut slices of grilled toast we have a heaven-sent breakfast.

The kids are fond of lasagne but we parents are rather over it, so they get a lasagne and we adults get pumpkin and ricotta cannelloni.

It took me a while, but I found the perfect baking dish for two. It is about 15×23 centimetres, 3cm deep and can accommodate seven cannelloni tubes in a single layer.

Rather than boiling the pumpkin, I have grated it and added it raw to the ricotta. There is more than enough moisture in the ricotta to cook the pumpkin and I’ve cleverly removed one cooking step.

It just so happens to be a Sunday and I have caved in to the notion of a Sunday roast dinner. I am not in command so I’m going to enjoy a few glasses of wine and whip up a dinner that takes all of ten lazy minutes to prepare. All it needs me to do is pop my nose into the barbecue just twice before dinner is served.

Render the fat out of the bacon in a hot skillet, then add the vegetables and stir to coat in the bacon fat.

Cook covered, until potatoes are soft.

Add the rocket and crack the eggs over the vegetables. Cook covered until eggs have set.

Season and garnish with parsley and cheese.

Grate the pumpkin and finely chop the spinach.

Fold the pumpkin, onion flakes, spinach, spices and ricotta together.

Using fingers, stuff each cannelloni shell with the ricotta mixture. Lay into a baking dish in a single layer.

Top with tomato and cheese.

Cover baking dish with foil and bake at 180°C. Check after 40 minutes. Cannelloni is ready when pasta is soft.

Roughly dice the potato and onion. Add to a hot skillet with a little oil and toss to coat. Add the rosemary and bake at 180°C for about 40 minutes or until potato is softening but just under-cooked.

Make a space in the skillet for the chicken and bake for a further 20 minutes or so.