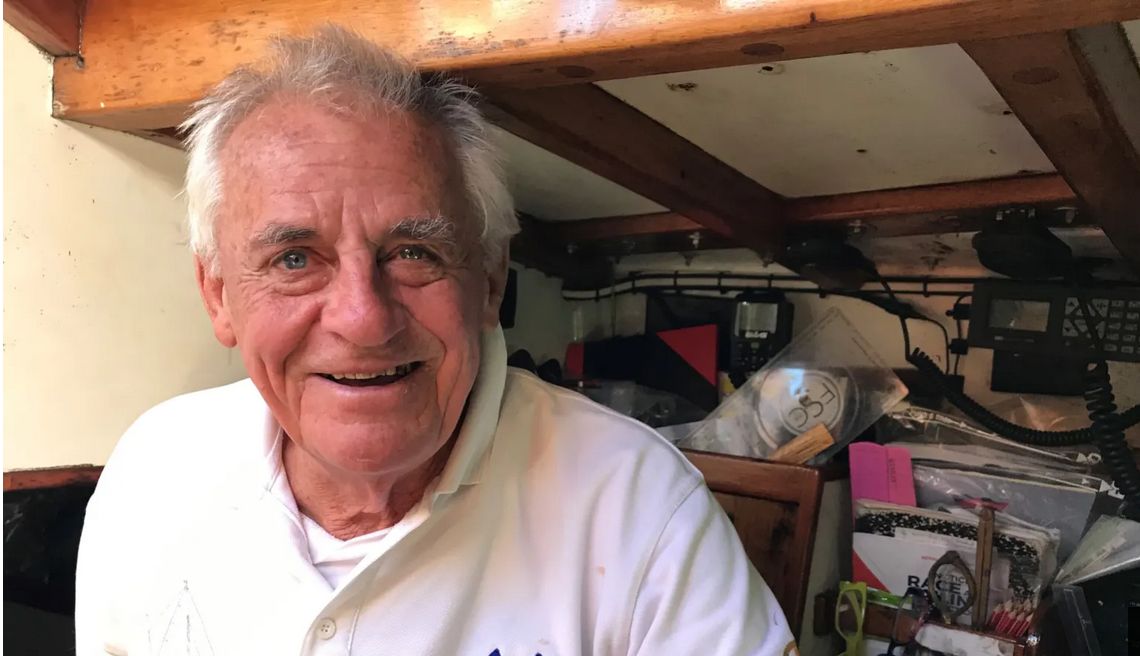 Solo yachtsman Jon Sanders will take daily samples of ocean water when he sets off on his 11th circumnavigation of the globe on Sunday. Photo WA Today.

Circumnavigating the world at age 80 for the 11th time is a tough ask on its own but now WA sailing legend Jon Sanders has been given an additional to-do list while on the open seas from none other than mining magnate Andrew Forrest.

Mr Sanders will depart the Fremantle Sailing Club on his 10-month journey on Sunday, cementing himself as a WA icon and helping the planet at the same time.

Andrew Forrest's Minderoo Foundation has joined forces with Mr Sanders in its No Plastic Waste campaign to highlight the huge amount of plastic ending up in oceans and the devastating impact it is having on marine life.

Mr Sanders has been tasked with collecting water samples to assess how the microplastics content in oceans predominantly south of the equator.

“As someone who has spent more than 60 years traversing and enjoying the world's oceans, I cannot sit idly by and watch that same environment be choked to death with plastic waste,” Mr Sanders said. “I have seen miles of polystyrene floating on the surface. With 12 million tons of plastic pouring into our oceans every year it’s just getting worse.

“My voyage provides me with a unique opportunity to contribute to scientific research on microplastics as I travel across the Indian, Atlantic, Pacific and Southern oceans.

“The sample analysis will create the first global measurement of the amount of microplastic in the oceans. I hope this makes a contribution towards saving our oceans for future generations. I have enjoyed a life on the oceans and I want others to have this opportunity too without plastic pollution.”