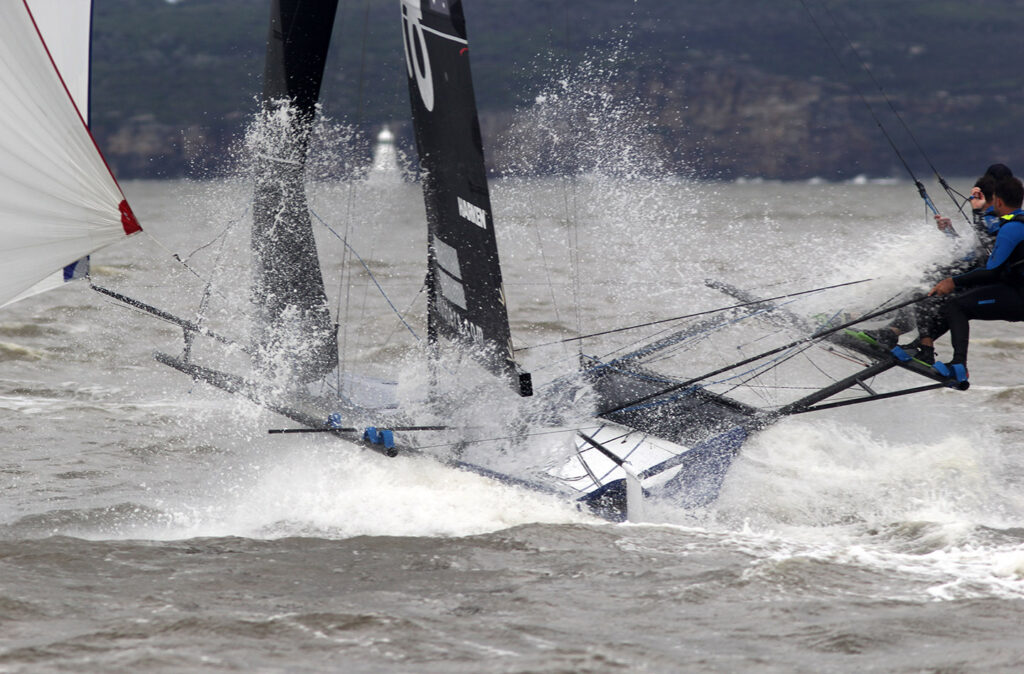 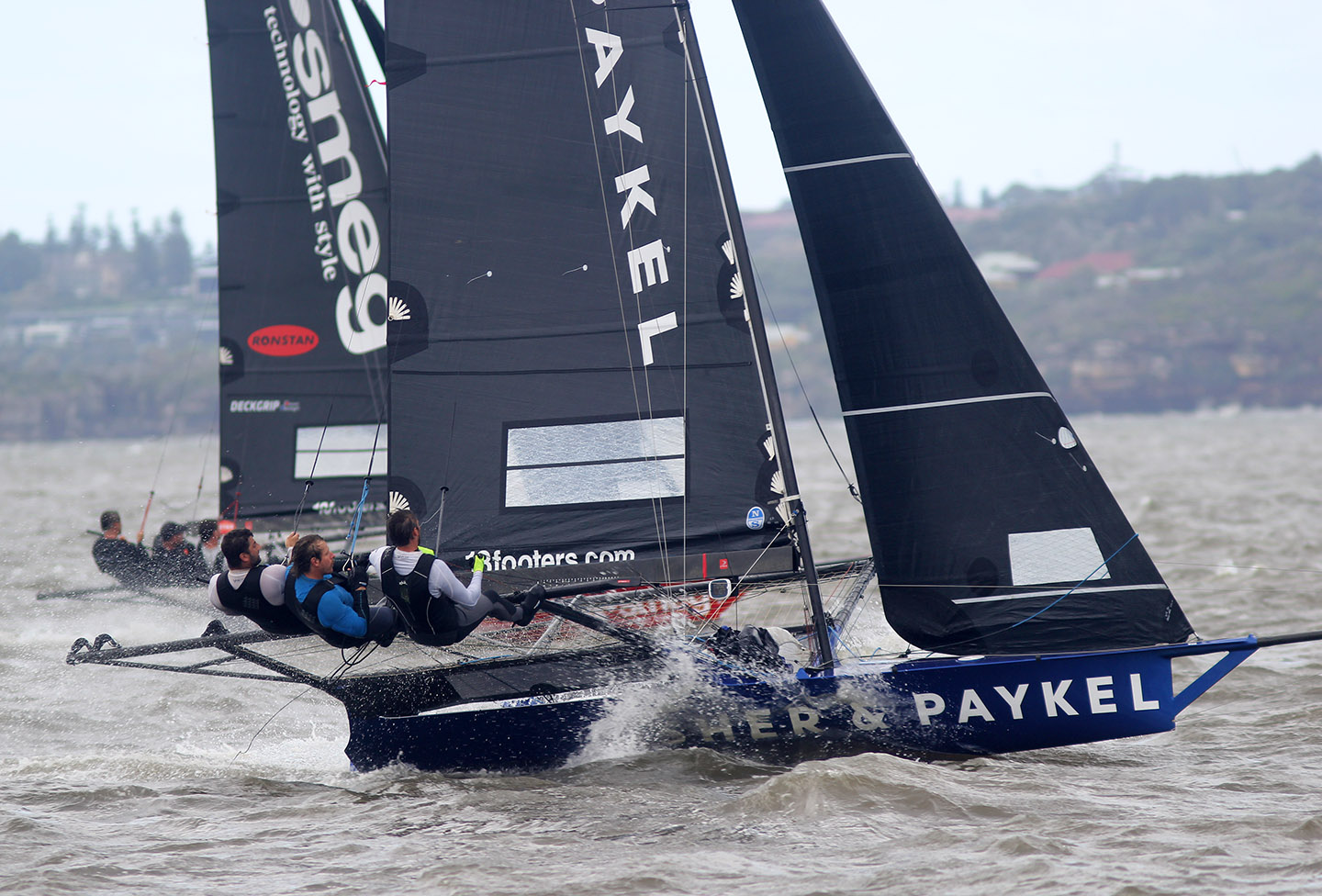 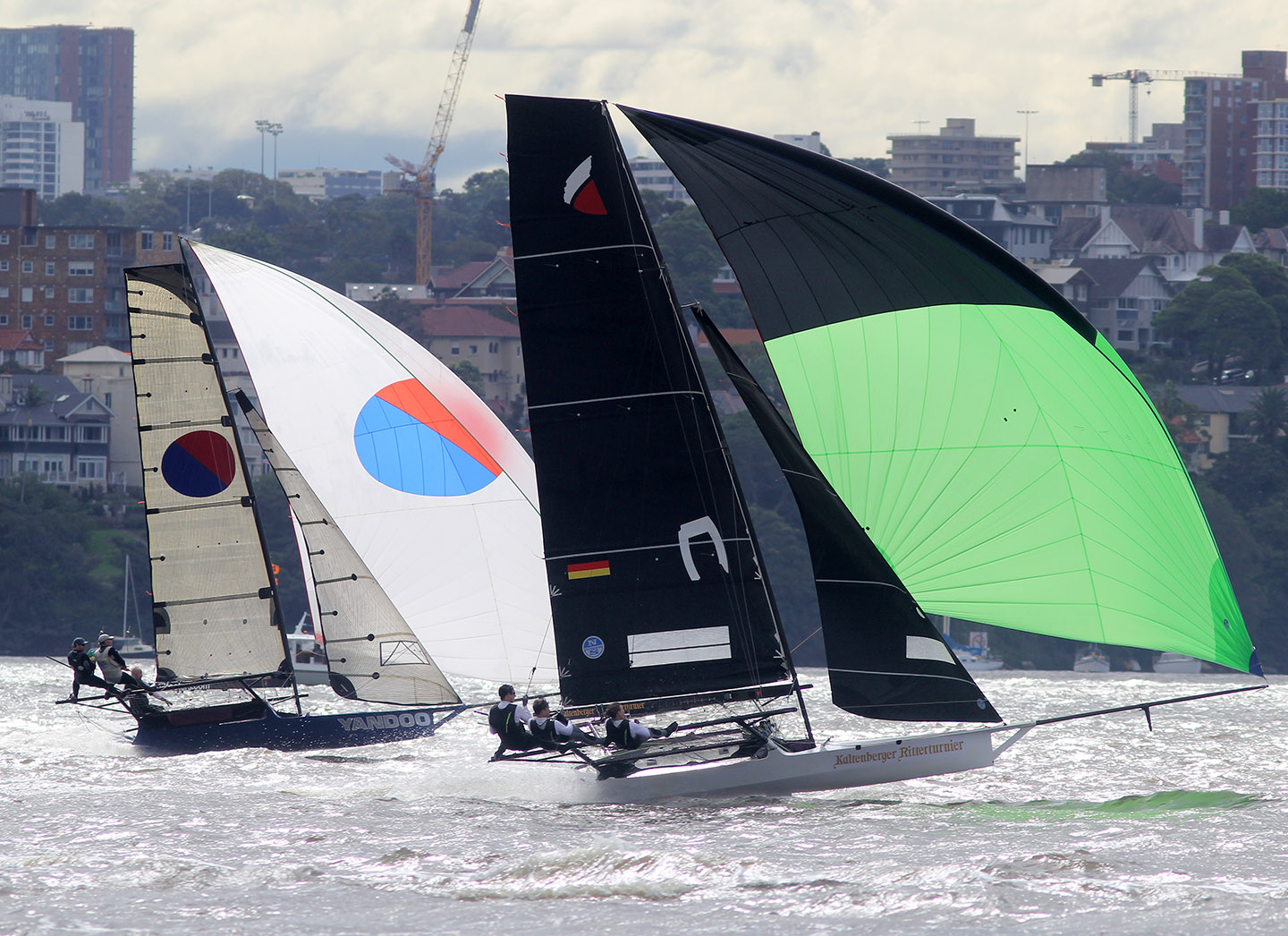 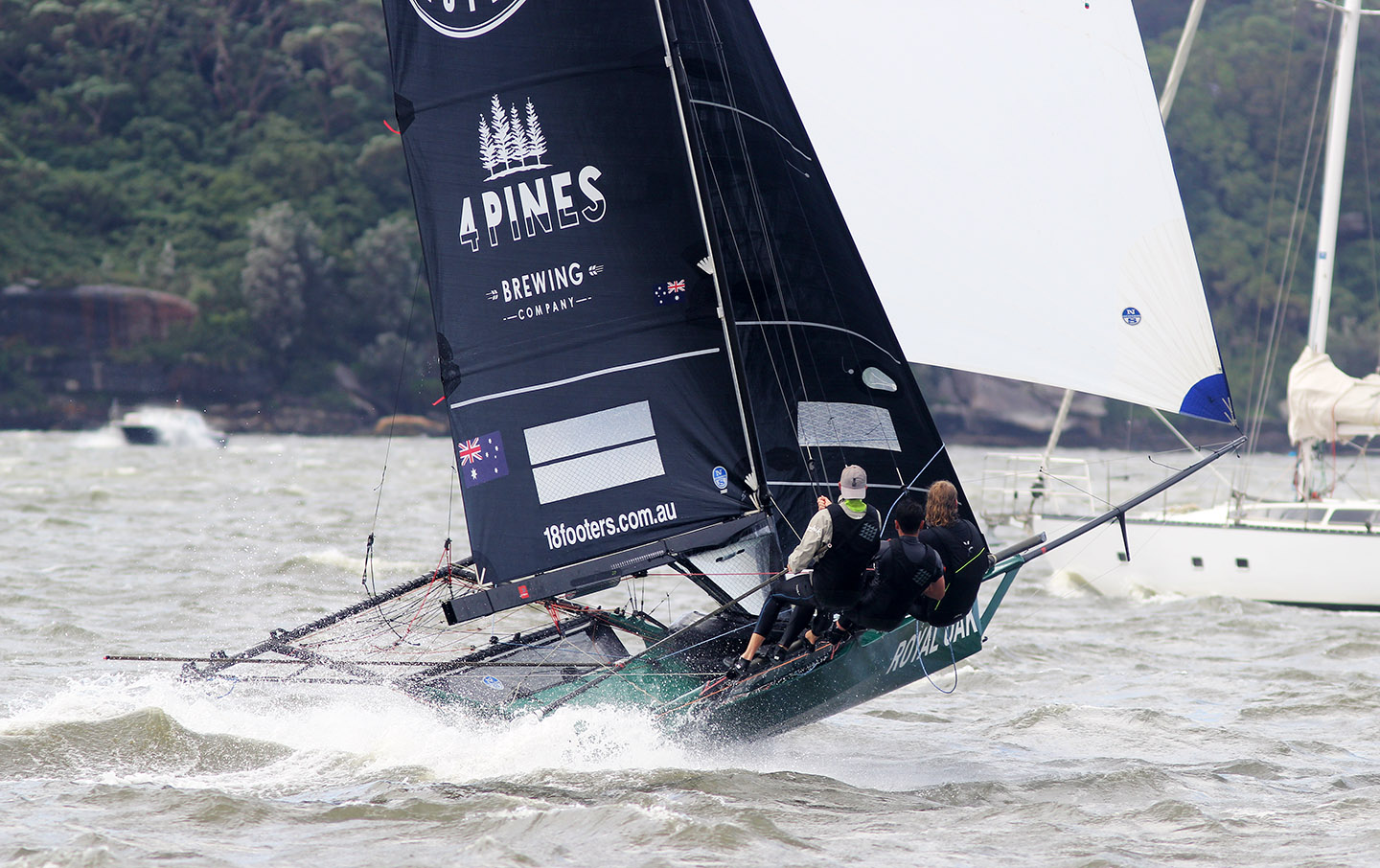 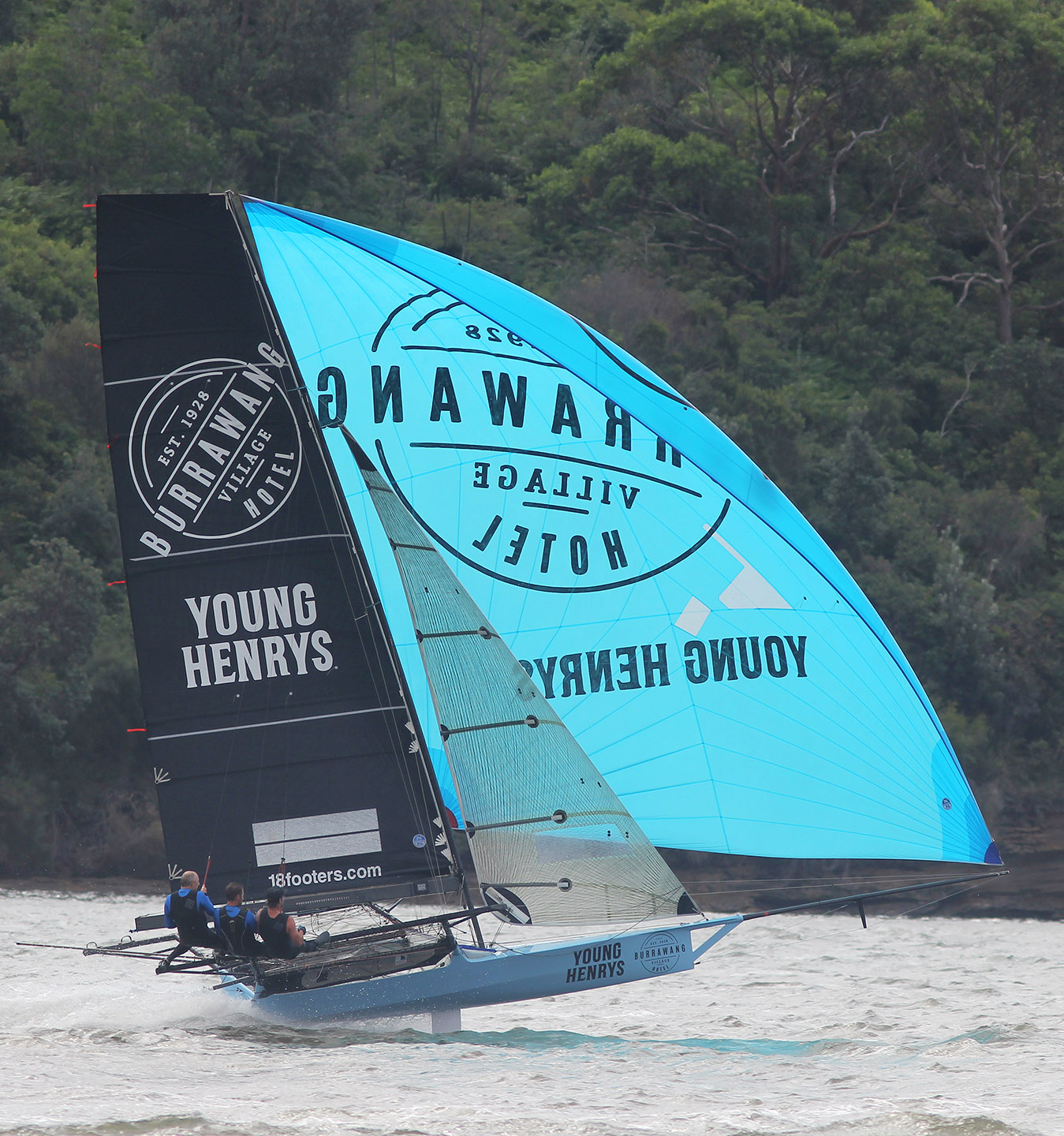 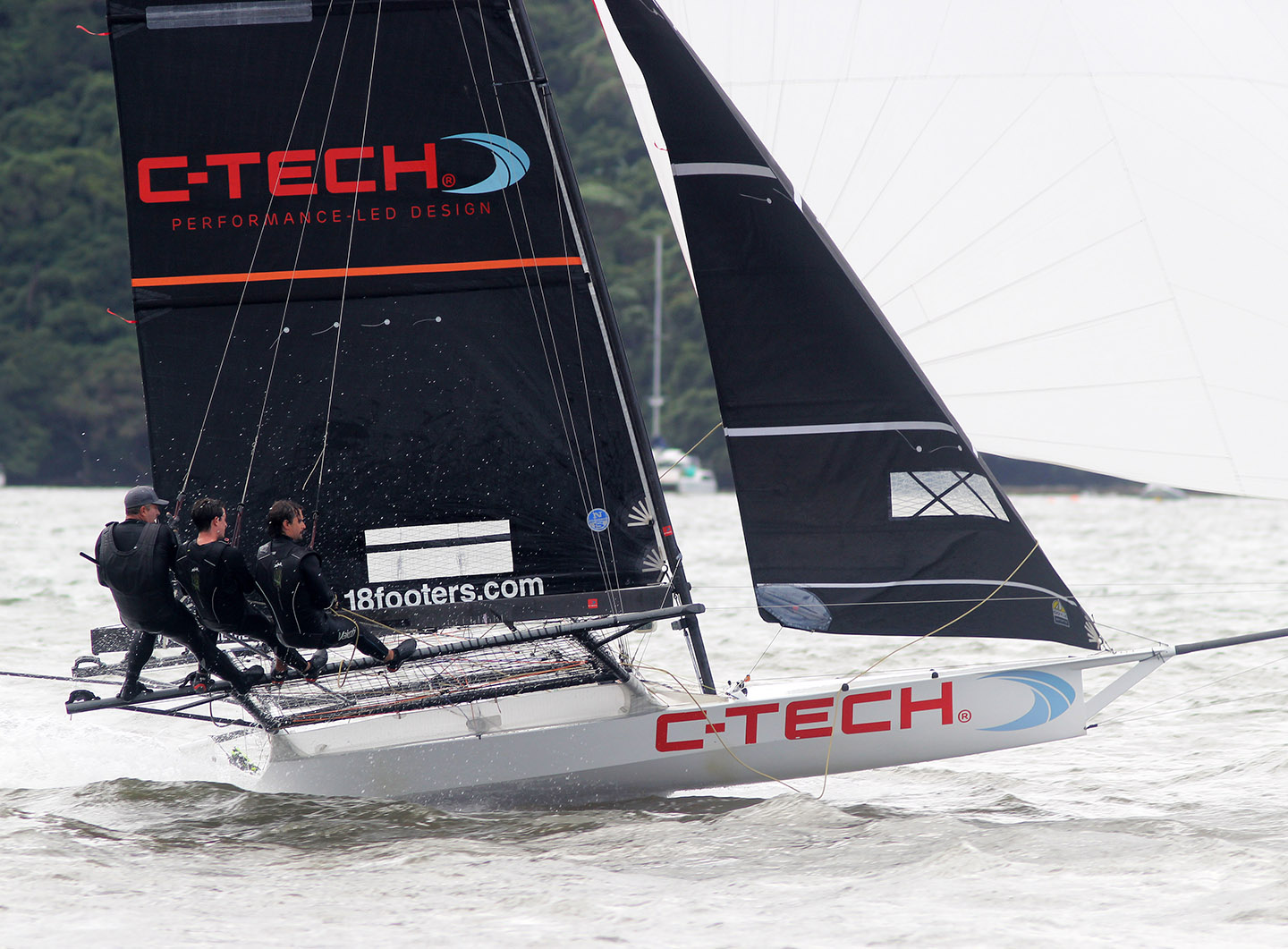 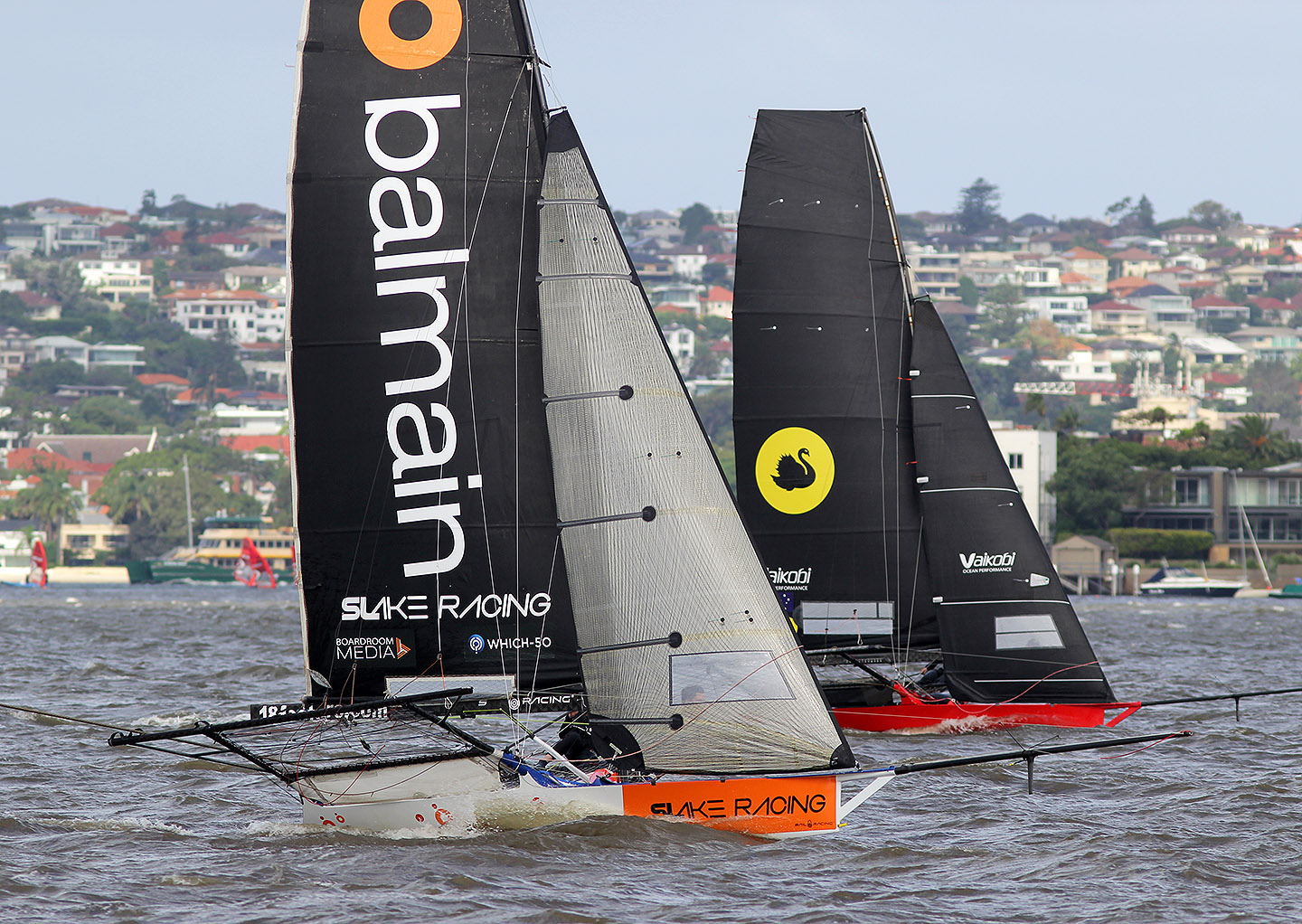 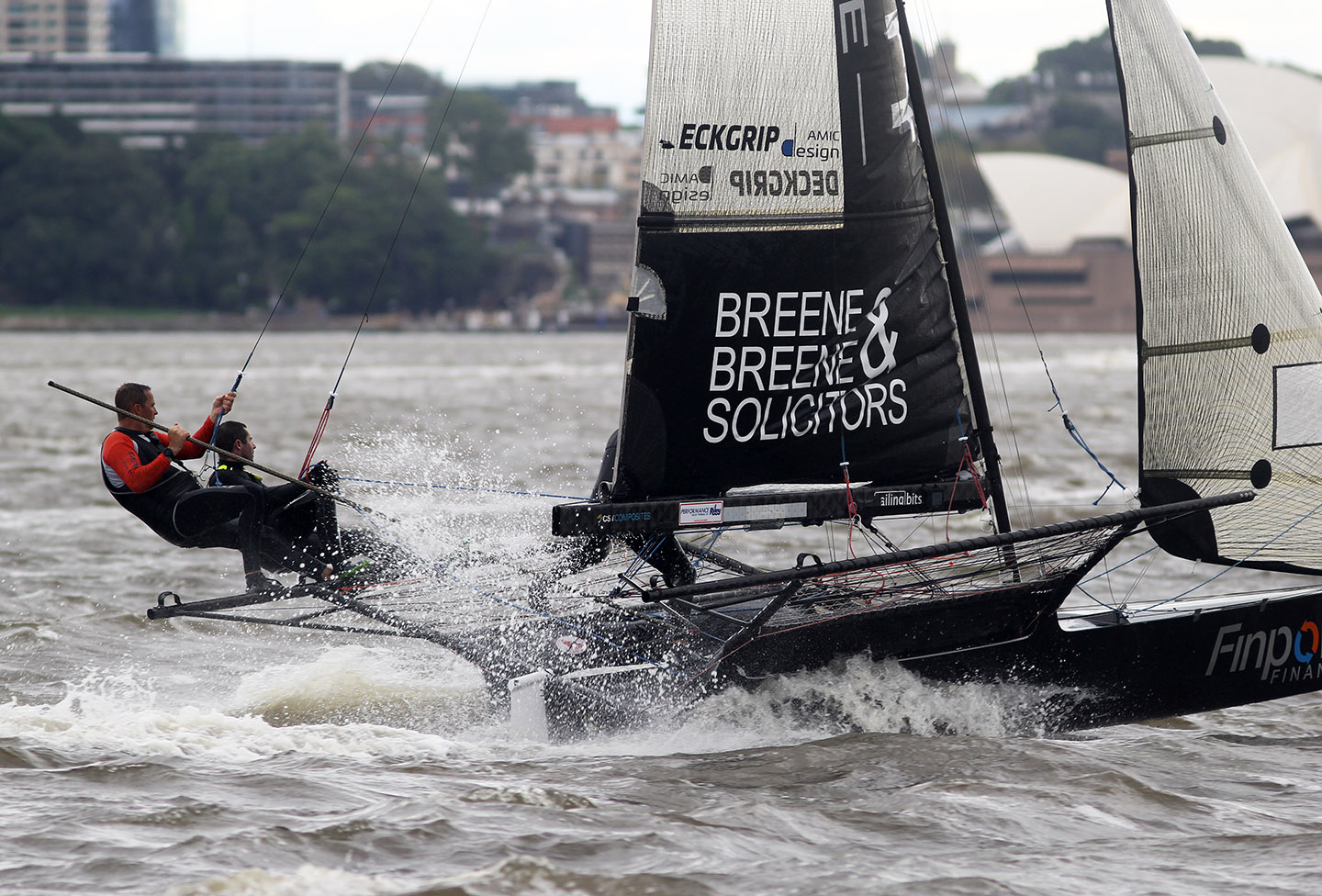 As the strength of the winds eased, the race got away in a 20-knot SSW wind and there was non-stop action throughout.

Once again, it was the strong Andoo team of Seve Jarvin, Matt Stenta and Sam Newton which proved to be the master of the conditions to record its third consecutive win from the three races sailed so far and leads the championship with a perfect score of three points.

Tech2 (Jack Macartney, Charlie Wyatt and Lewis Brake) also continued her consistency with three consecutive second placings behind Andoo, and only trails by three points in the overall standings.

In today’s race, Andoo grabbed the lead after the early leaders capsized and raced away to win by 3m15s from Tech2 with Rag & Famish Hotel (Harry Price, Josh McKnight and Harry Hall) a further 3m5s back in third place.

Fisher & Paykel (Jordan Girdis) finished strongly over the final two legs of the course to come home in fourth place, ahead of Yandoo (John Winning) and Queensland’s C-Tech (Dave Hayter).

Andoo has a score of three points, followed by Tech2 on six points, Rag & Famish Hotel on 12, Yandoo and Lazarus Capital Partners (Marcus Ashley-Jones) both on 23 and The Oak Double Bay-4 Pines (Aron Everett) and Fisher & Paykel both on 28 points.

Noakesailing and Tech2 showed great speed and opened up a break over the fleet but both capsized as they gybed into Chowder Bay, leaving Andoo with the lead, a lead which the team maintained throughout the course.

Andoo quickly opened up a break over Rag & Famish Hotel and Finport Finance (Keagan York) on the windward leg across the harbour to Rose Bay, then went further ahead after the two-sail reach back from Rose Bay to the bottom mark in Athol Bay.

The Rag and Finport Finance continued their battle behind the leader while Yandoo and Tech2 were beginning to move closer.

Andoo continued to dominate over the second lap of the course and scored a clear victory but it may have been a very interesting race for the win had Tech2 not capsized at the Chowder Bay mark.

The strong performance by the Fisher & Paykel team enabled it to take out the handicap section of the race.

Scheduled races and re-sail of any abandoned races will be sailed over the next four days:

THERE WILL BE A SPECTATOR FERRY ON FRIDAY – BOOK ONLINE