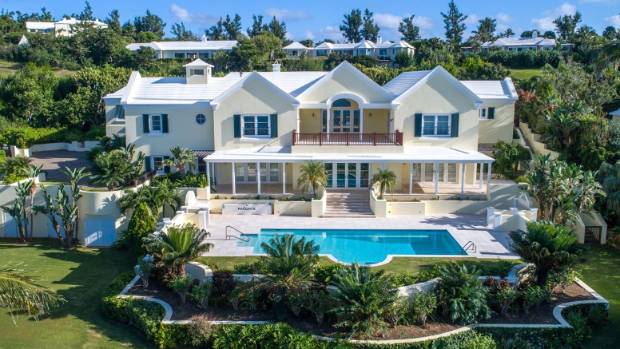 Oracle Team USA skipper Jimmy Spithill has given an insight into his wealth, putting his Bermuda mansion on the market for a staggering NZ$12.4m.

Spithill bought the luxurious island property in 2015 when the syndicate decided to base themselves there in the lead-up to this year's America's Cup.

Spithill lost the Auld Mug to Emirates Team New Zealand. But it looks like he will be a winner in the property market.

Penny MacIntyre, the selling agent, told Bermuda's Royal Gazette that Spithill had originally intended to rent a home but decided it “made more sense financially to buy a place” and with the real estate market depressed at the time, prices were attractive and the purchase presented an investment opportunity.

The property, featuring five ensuite bedrooms, a large pool, guest cottage and grounds that include a boat dock, had been listed for 10 years before Spithill pounced on it.

“The beauty of the dock, if you're a sailing or boating aficionado, is that Jimmy took the great effort to ensure it was set up for the conveniences of a pro athlete,” MacIntyre said.

She suggested Australian Spithill, who owns property in New Zealand, would continue to spend time in Bermuda but would be downsizing.