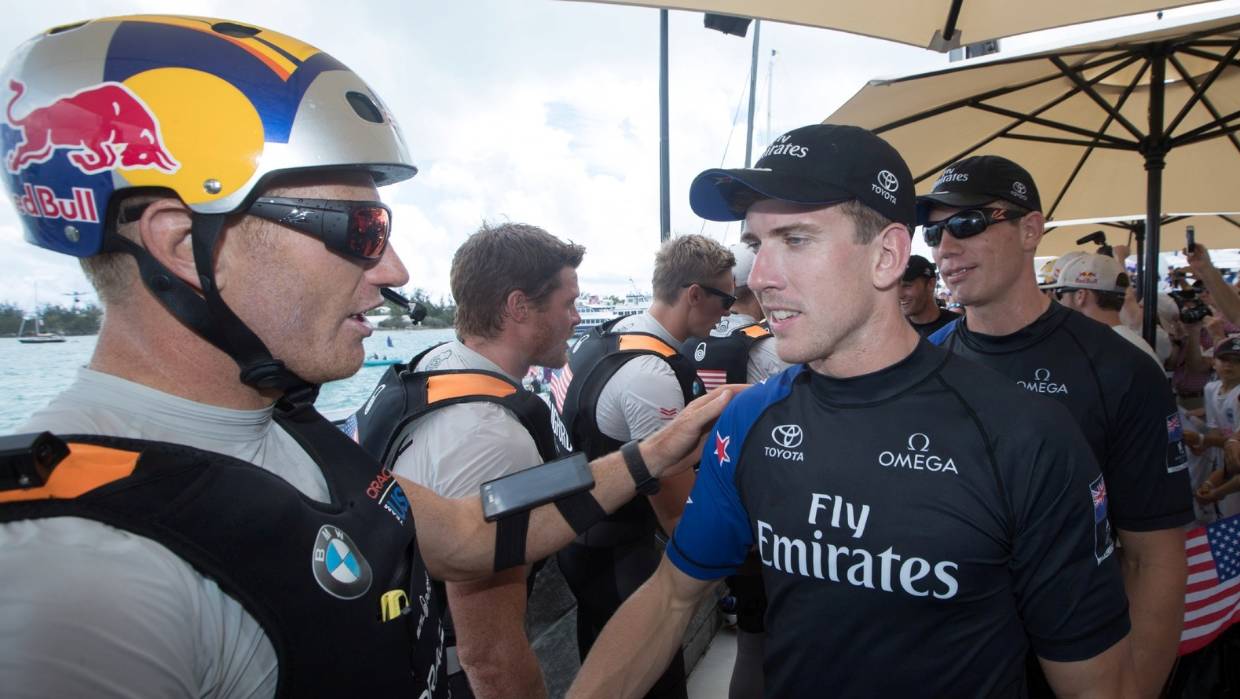 Jimmy Spithill has had a cheeky crack at Team New Zealand's America's Cup win in Bermuda.

The former Oracle Team USA skipper was a constant thorn in the side of the Kiwis over the last two America's Cup matches in San Francisco and Bermuda. He was irrepressible during Oracle's remarkable comeback from 8-1 down to beat Team New Zealand 9-8 in California in 2013 though got his comeuppance in Bermuda with the Kiwis winning 7-1.

Australian Spithill, who now sails for Luna Rossa, has revisited both scenarios in an interview in Italy where his biography has just been released.

When the topic of the unsubstantiated speculation about Oracle using an illegal electronic device to orchestrate their remarkable comeback was raised, Spithill quickly turned it around, questioning the subsequent systems used by Team New Zealand in Bermuda.

“We simply learned to sail the catamaran up on the foils even upwind,” Spithill insisted of the historic 2013 triumph in an interview with La Stampa. “Both us and the Kiwis had tried this technique before the match to no avail. On 1-8 we realised that we were slower than them and that without upwind foiling we would have lost.

“Ironically, in the last edition of the Cup in Bermuda, Team New Zealand had a mysterious device that helped the crew control foiling.”