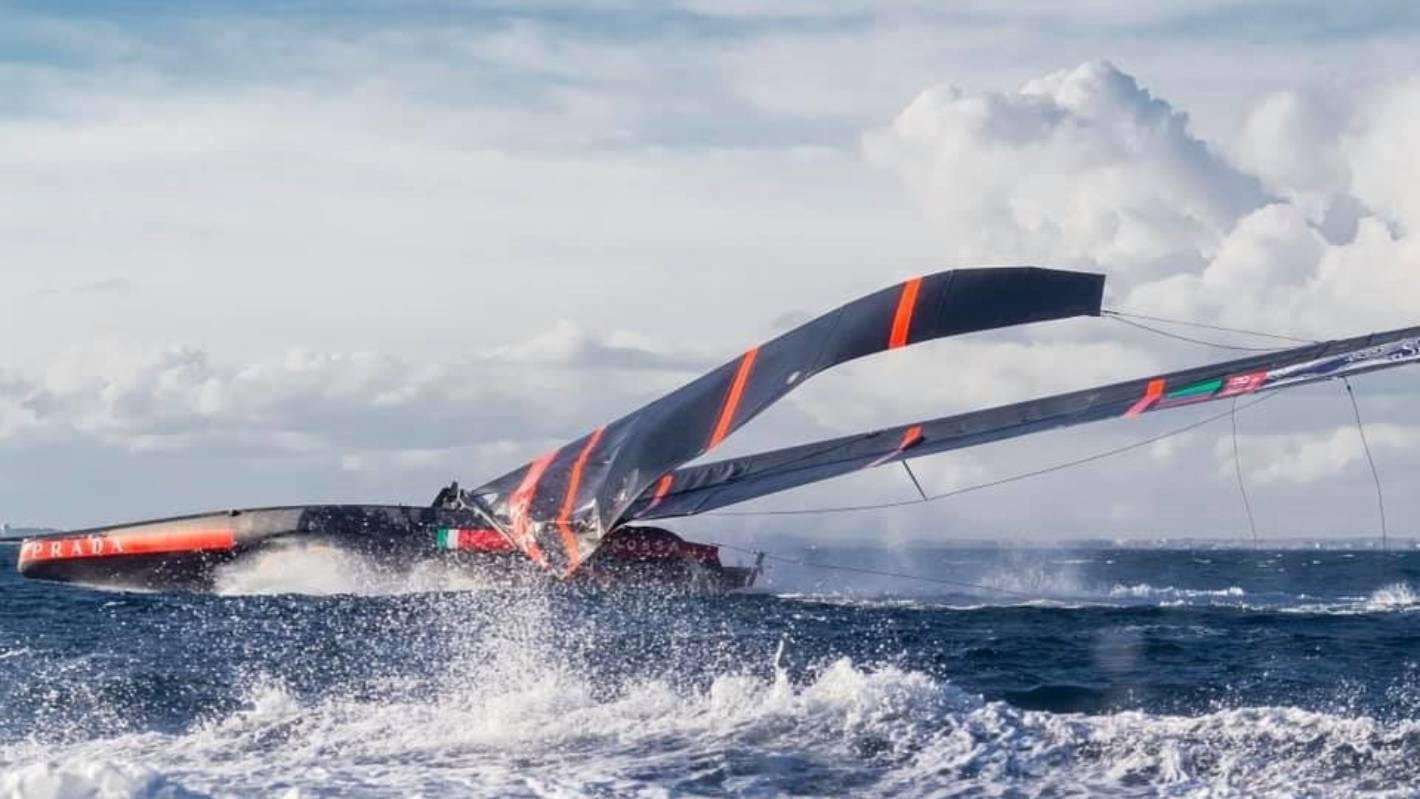 Luna Rossa's AC75 rolls on its side as its mast comes down during training in Cagliari. Photo Luna Rossa.

Jimmy Spithill knows better than any sailor about the power of adversity and he insists Luna Rossa’s struggles in their America’s Cup buildup will make them stronger for Auckland 2021.

The man who famously oversaw Oracle Team USA’s unbelievable comeback from 8-1 down to beat Emirates Team New Zealand to retain the America’s Cup in 2013, is now with the Italian challenger of record who have had a series of mishaps.

They’ve been dismasted, had their bow ripped out and narrowly missed a capsize from a dramatic overloading of power during a failed gybe in training in Sardinia.

Yet Spithill’s positive mindset won’t be broken as Luna Rossa try to finally win the America’s Cup after being in the game since 2000.

“Sport is rewarding and fulfilling in so many ways,” Spithill told Red Bull. “One of the best things it can teach you is to get back up again after a tough set-back.”

Read the full story at stuff.co.nz.