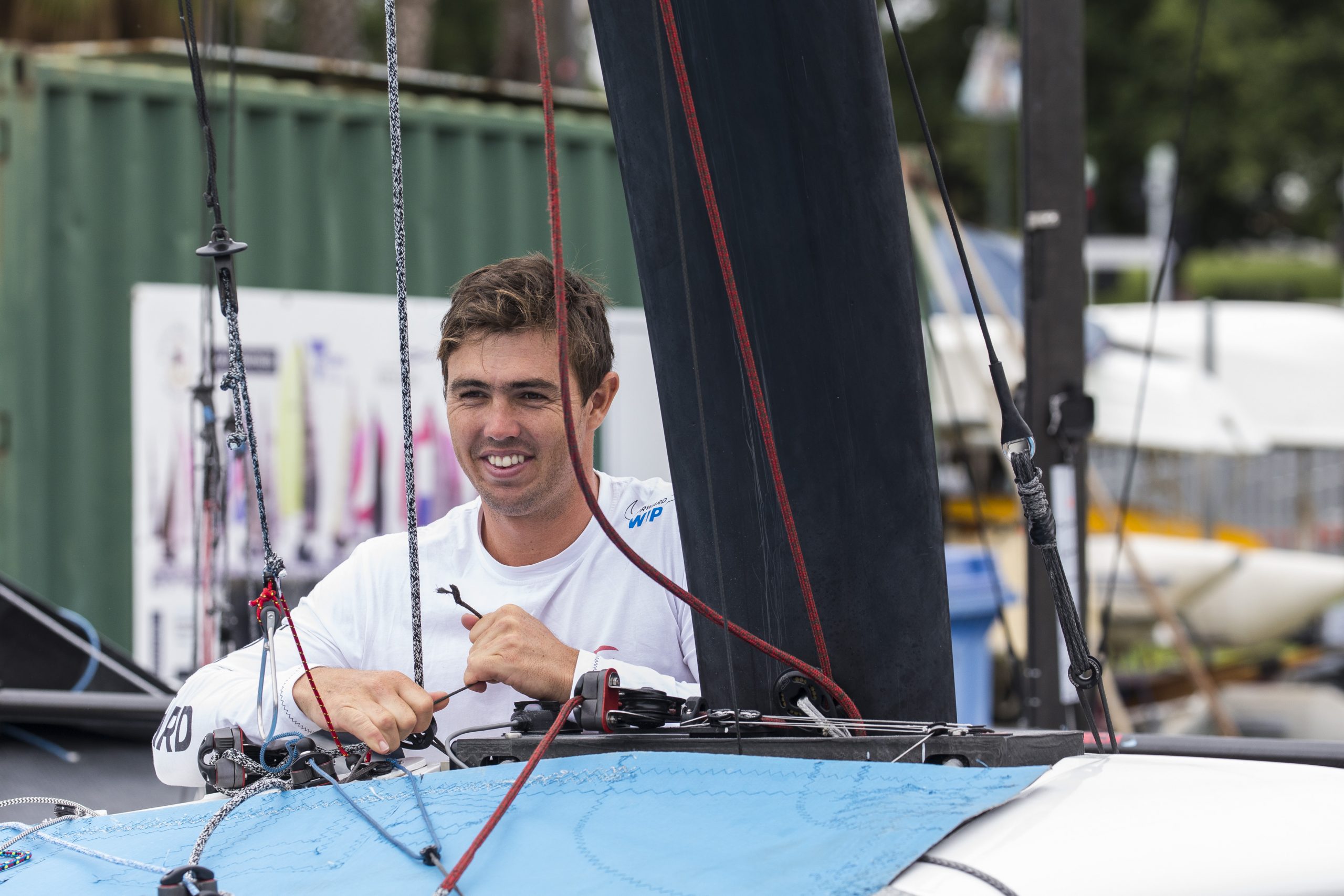 Busselton: Olympic gold medallist Iain Jensen won’t be able to journey to Sydney with his series leading crew for the SuperFoiler Grand Final so instead he is looking to toast a near perfect season on Euroflex by shooting the lights out in Busselton.

With the London gold medallist already locked in for the Moth World Championship in Bermuda next month he is looking to make the most of his West Australian swan song.

“It is a real shame I am missing Sydney so Busselton will be a great place to finish it up. It looks amazing with flat water and a great viewing experience for spectators along the historic jetty. It is going to be perfect,” said Euroflex’s bowman, “This is the first time I have been here and it seems like a beautiful part of the world.”

After a nasty fall from his SuperFoiler during the last regatta in Queensland, Jensen is relieved to be in a position to celebrate his final race of this season’s circuit with his fellow ‘dream team’ sailors Nathan Outteridge and Glenn Ashby.

“I was pretty lucky to come out of the Gold Coast injury free but it all wound up okay so it was just a happy ending,” said the series leader, “I have enjoyed sailing a great boat with a good couple of blokes. It’s been exciting times we have had some great results, awesome crashes and I’ve been really happy to be a part of it.

Aside from relishing the opportunity to race alongside the best sailors in the world the Rio Olympic silver medallist has also enjoyed the challenge of racing in a completely new class.

“I’d say the only boat I have sailed on that is more technologically advanced than this is the America’s Cup boat. As far as a boat with trapezes this is definitely leading the way I think it is an awesome circuit,” Jensen said.

While the New South Welshman is looking to sign off on an emphatic series where he has only witnessed defeat on one occasion he isn’t expecting the five other SuperFoilers to offer him an easy farewell from Geograph Bay and expects a tense battle from the opening race in Busselton this Friday.

“There are a lot of good teams here and I am actually surprised how we have been going. It is obviously a good surprise but the other guys are coming along so I wouldn’t be surprised if this event is a lot closer than the other ones.”

While fans won’t have the opportunity to spy Jensen in Sydney, the America’s Cup sailor is already contemplating his return to the SuperFoiler circuit next season.

“I would love to come back, if I didn’t have any commitments with other work I would be here in a flash it is only going to get better form here,” the multiple Olympian said.

The Western Australian regatta, Jensen’s final hit out of the domestic series, is free for spectators to watch – although VIP Hospitably packages for the solitary event on the West Coast are available with Busselton’s historic jetty hosting Leg Four of the season.