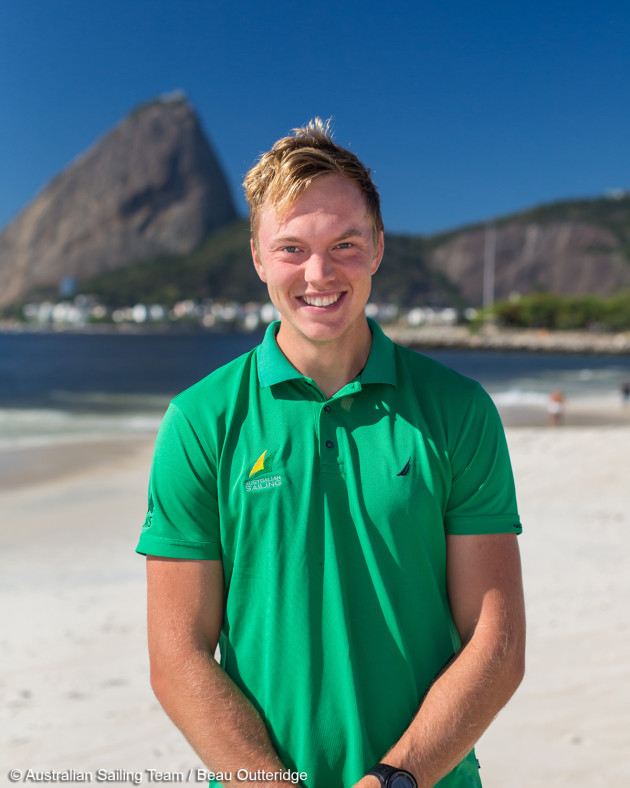 In what was Australia’s most successful sport at London 2012, Lilley hopes to add to his country’s medal tally this August.

“When I embarked on this Olympic campaign almost four years ago, I set out with the goal of achieving the gold medal,” Lilley said. “That's always been the objective, and naturally being a part of the Australian Sailing Team, we don't strive for anything less.”

The Queenslander, who is currently ranked no.3 in the world for the Finn class, is looking forward to the colour and flair in Rio.

“I'm very excited for the Olympics in Brazil. I've been lucky enough to compete at three regattas there in the last nine months and I think it's a fantastic venue for an Olympic sailing competition. The people really embrace having the Games in their country and the atmosphere is incredible. I think it's going to be a very special Olympics indeed.”

Lilley was pushed all the way for the Finn spot by Oliver Tweddell.

“I have had some of my best performances over the past 12 months, and I am looking forward to what I can achieve over the coming months before the Games. I want to push for the podium and get the best out of myself in what is a unique environment.”

Lilley took up sailing nine years ago and he said the sport chose him after he decided he simply wanted to compete at the world’s biggest sporting event.

“Ever since I watched the Sydney 2000 Olympics, not a day has past where I haven't dreamed of and worked towards representing Australia at the Games. I was originally very interested in cycling and triathlon, but at 100+kg and 6″7' tall that was never going to work.

“Ever since first getting in a sailboat back in late 2007, I've had an intense love affair with the sport. There's nothing I’d rather do than be on the water and continuing to explore the boundaries of what's possible.

“It's a fantastic sport and the racing adds another level of competition. You have to be so in tune with your boat, your mind and your physicality before you can even begin playing the tactical warfare of sailboat racing. It's seriously addictive.”

Lilley’s selection today brings the total 2016 Australian Olympic Team size to 138 athletes from 11 sports, with the full team of around 440 athletes expected to finalised by mid-July. Complete biographies on all selected athletes here>>>