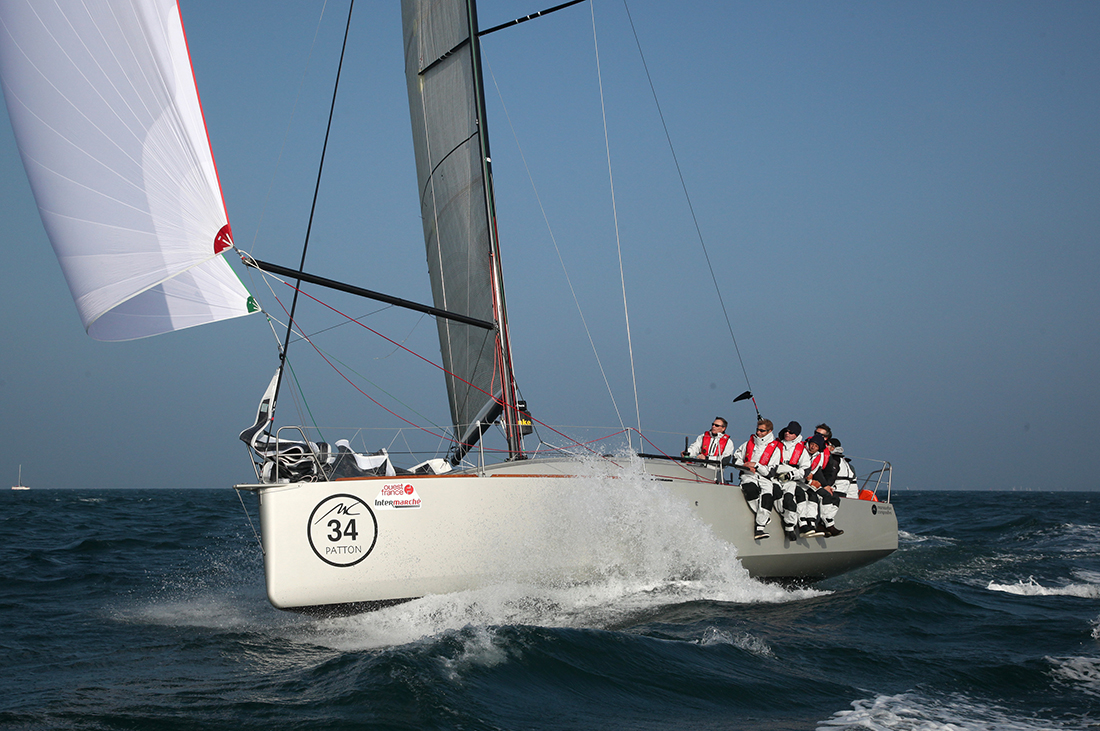 Renowned Coffs Harbour sailor Pierre Gal is putting the finishing touches to a bespoke, “home-made” IRC 34-footer with the aim of using the 2018 Pantaenius Newport Coffs Coast race as its maiden offshore outing.

The French expat has spent the past 14 months hand-crafting the potent Marc Lombard design in an industrial shed at Coffs Harbour, which also houses his Offshore Sails loft. He believes it’s the only IRC yacht currently under construction in Australia – certainly as a D-I-Y project.

“At 34 feet, I think this boat is a nice manageable size and fairly fast,” Gal says. “It was originally designed for the Transquadra race but has performed really well under IRC in Europe.

“It has a wide transom with a long chine, twin rudders and a 1.6-metre bowsprit for strong downwind performance. We’ll be running a big asymmetric, a code zero and possibly double or triple headsails like on the Volvo boats.”

Gal has built eight boats prior to the Lombard IRC 34, most recently a succession of sports boats that the former French America’s Cup sailor raced with aplomb.

“Having been in the game a long time I’m fairly fastidious when it comes to boats, and this way I get exactly what I want,” he adds. “The 34’s hull is 15-millimetre foam sandwich with e-glass, so it’s relatively light, and it has lots of room down below with full accommodation.”

Previously, Gal completely renovated an Inglis 47 called Dolce, which he co-owns, after it dropped its rig during the 2015 Rolex Sydney-Hobart. The two-year project included moving the mast a metre further aft, replacing the deck and modifying the keel.

Unless sold in the meantime, there’s a good chance that Gal will muster a local crew and enter the high-performance cruiser racer as a second entry in the Pantaenius Newport Coffs Coast, albeit under PHS.

“It will be strange having two boats in the race but we’re really looking forward to it. It’s always good to finish at home, plus the race is the perfect length [at 230 nautical miles]. Coffs Harbour is a beautiful part of the world, which is why I’ve lived here for the past 32 years.”

Coffs Harbour Yacht Club Commodore Garry Innes is confident that at least four yachts from the home port will enter this year’s race.

“It’s a fun time of year for locals and tourists alike, and we really enjoy it” Innes says. “Everyone joins in and the Harbour is lined with people to welcome the yachts as they hit the finish line.

“When the crews finally hit the club they enjoy a rum or ten and a beer or five. We’re more than happy to keep the club open around the clock to ensure they get the best possible welcome.”

“With Pierre’s ability as both a sailor and boat builder, and Marc Lombard’s reputation as a designer, I’m sure that Mistral will start as one of the IRC favourites in its maiden race – and there’ll be many more trophies to follow,” Brown said.

“It’s a great chance for other IRC yachts to pit themselves against this new and exciting design, but we’re also hoping for strong fleets in PHS and ORCi, as well as OMR for multihulls.”