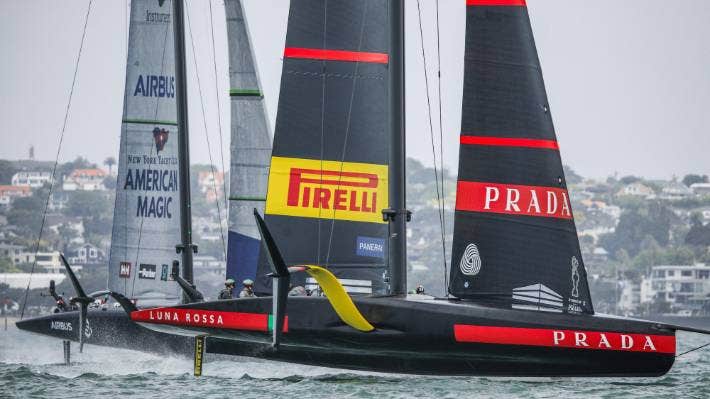 A pioneer of Italy’s venture into the America’s Cup has backed the vision of the New York Yacht Club to move away from foiling and return the competition to traditional boots.

New York, who are backing American Magic’s promising challenge for Auckland 2021, have indicated if they won back the Auld Mug they would organise the next Cup to be sailed in “majestic 80-100 foot displacement monohulls, putting the boat back in the water”.

The America’s Cup has been a foiling game for the last three editions, with Emirates Team New Zealand moving to a 75-foot foiling monohull for Auckland after foiling catamarans were used in San Francisco and Bermuda.

Riccardo Bonadeo, the former commodore of the Costa Smeralda Yacht Club and president of the Azzurra campaigns in 1983 and 1987 which were Italy’s trailblazers at the America's Cup, told La Stampa: “There must be technological evolution, but on boats that sail. I share the New York Yacht Club's idea of ​​new 80-100 displacement hulls for the next edition.”

He said he was all for technological advances but wants that on boats that sail rather than fly.

“With the AC75 we have entered another dimension, where aerodynamics are more important than hydrodynamics,” Bonadeao told La Stampa.

“In fact, we speak of flight, not navigation. And the seafaring skills of the crew are no longer enhanced, but other characteristics are required of the latter. ”

Bonadeo laid the blame for the small fleet of four boats contesting Auckland 2021 at the massive costs involved in the complicated AC75s that are now sailing beyond 50 knots.

He said he was backing Luna Rossa in Auckland because of their Italian connection and “because there is Patrizio Bertelli (the Luna Rossa CEO), who has done so much for sailing and who deserves it”.

Of a return to traditional yachts, Bonadeo added: “I hope that Bertelli thinks this too and that he can apply this change.”

Bertelli has regularly expressed concerns about the AC75s, believing Team New Zealand had pushed the monohull concept too far.