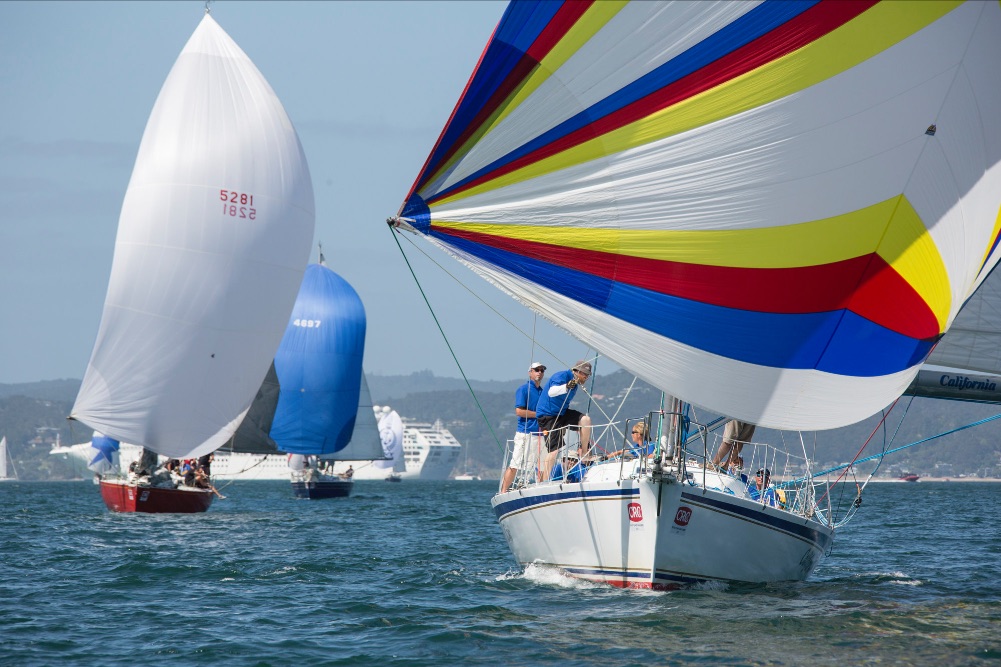 he Island Racing divisions at the CRC Bay of Islands Sailing Week have attracted so many entries organisers have had to create an extra division to accommodate the number of boats.

The new Island Racing F division has been created to reduce the number of boats in each fleet. Some divisions were approaching 30 boats, creating potential headaches for organisers and competitors.

Organiser Andrew Riddell explains: “With too many boats in a division, it makes it a big pain starting, and a lot more chaotic.”

Riddell says the change will also mean closer racing in each fleet: “We’re trying to even it up a bit, because some of the divisions were getting too large to provide everyone with fair racing. Going to fewer boats in a division, the difference between the fastest and slowest boats is a lot less.”

Boats sailing in the Island Racing divisions sail one longer race around the Bay of Islands each day. Boats in other divisions sail several races each day, including two windward/leeward races and a shorter bay race.

“Island Racing is always popular” says regatta Chairwoman Manuela Gmuer-Hornell. “A lot of people see Bay Week as a fun holiday regatta. Some are here with their family, so Island Racing is great for that.”

Australian sailor Robert McLelland, whose boat, First Picasso, is a regular entrant in the Island Racing divisions, enjoys the scenic side of it, but says it’s no less challenging than other divisions.

“It’s nice to sail around the islands, it’s a beautiful backdrop when you’re sailing. And it's challenging in its own way, because you’ve got headlands to go around, you get affected by currents and wind, so that makes it challenging in a different way to the windwardleewards.”

The total number of entries for the regatta currently stands at 116. More entries may yet come in, as entries remain open until registration on Tuesday 22 January. Those entered in the Island Racing divisions account for two thirds of entries.

CRC Bay of Islands Sailing Week takes place from 22 to 25 January 2019. It is widely regarded as one of the Southern Hemisphere’s premier sailing events. Now in its 17th year, the regatta is made possible thanks to the support of over 60 volunteers, and its sponsors CRC, NZL Sailing Foundation, North Sails, Explore, Mount Gay Rum, Luxury Real Estate, KZ Marine and Bay of Islands Marina.