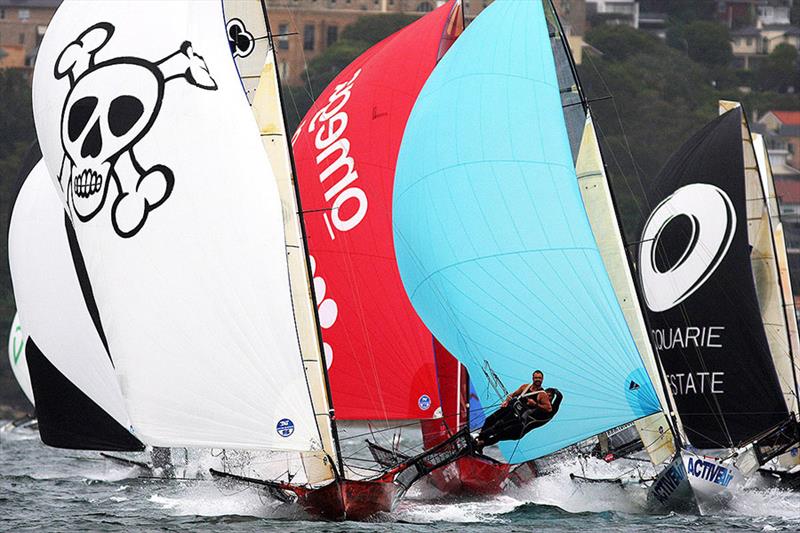 For the 13th consecutive year, the JJ Giltinan Championship has been sponsored by the Winning Group brands, but there is so much more to their participation at all levels of the sport.

The Winning Group is also one of the favourites to win the 2019 championship after the team’s second place in the national titles.

John Winning Jr., the 2002 29er world champion (Nathan Outteridge was runner-up), had a couple of successful seasons in the 18s, but has been missing from the fleet for several seasons due to time constraints from his job running the Winning Group.

As he did with his business life, John (known in the sailing community as 'Herman', a nick-name given to him by his father) was determined to make every effort possible to ensure his sailing life was done with the best people as part of his team.

Being an achiever, 'Herman' would certainly want to reach the high-point of the sport that his father did in 2000.

For his 2018-2019 season campaign, 'Herman' spoke to his long-time friends Seve Jarvin and Sam Newton to join the team on Winning Group. Despite their heavy commitments at various levels of international sailing, both said they would support the campaign as often as they could throughout the season, and would be a part of the 2019 JJ challenge to try and win back the coveted trophy from the 2018 championship-winning Kiwis.

To win the 2019 title against the 25-boat fleet, comprising the best 18ft skiff teams from five nations, Herman will have to beat the 2000 champion, his father, who will skipper his self-sponsored Yandoo skiff.

As well as the two Winning-sponsored teams, Winning Group and Yandoo, Appliances Online has sponsored a top class skiff for Brett Van Munster and his team.

The Winning family is not only interested in the present fleet. 'Woody' has always had a deep passion for the sport, but an even stronger passion to acknowledge the history of the sport and the men who gave so much to ensure its longevity.

Aside from his competition in the present high-tech fleet at the League, 'Woody' supports and competes every Saturday in the 'Historical 18s' fleet of 1950s-style boats at the Sydney Flying Squadron.

Many former 18 footer sailors compete regularly in the 'Historical 18s, and several of the League's elite sailors from the modern fleet also go out as 'guest' crew to compare the two dramatically different versions of the 18 footer class.

When the 25 boats line up for Race 1 of the Championship on Saturday, there will be an incredible eight teams with a link to the Winning Group and the Winning family.

Companies such as Asko Appliances, whose skiff is the current Australian, NSW and Club champion, and Smeg, a multiple Giltinan champion, have been involved with the League for many years. Others such as Panasonic, Ilve and Vintec have also joined the fleet in more recent years.

In today's Invitation Race on Sydney Harbour, the defending Honda Marine team of David McDiarmid, Matthew Stevens and Brad Collins showed the speed and boat handling skills to suggest that they will be the ones to beat once the championship-proper gets under way tomorrow.

The Honda Marine crew led the fleet around the first lap of the north-east course, in a light breeze, before deciding to pull out of the race to avoid any damage to the boat or their gear before tomorrow's big one.

Keagan York's Finport Finance was the top Australian skiff over the first lap of the course and trailed Honda Marine by just 10s. When Honda Marine pulled out of the race Finport Finance led the fleet, but superstition took over and the team elected not to sail through the line, and so avoided being the winner of the Invitation Race.

The official result was a win for John Winning Jr and his Winning Group team of Seve Jarvin and Sam Newton, who took the honours by 49s from Asko Appliances (James Dorron, Harry Bethwaite, Trent Barnabas), with Noakesailing (Sean Langman, Ed Powys, Nathan Edwards) a further 59s back in third place.

Racing is live streamed at: 18FootersTV