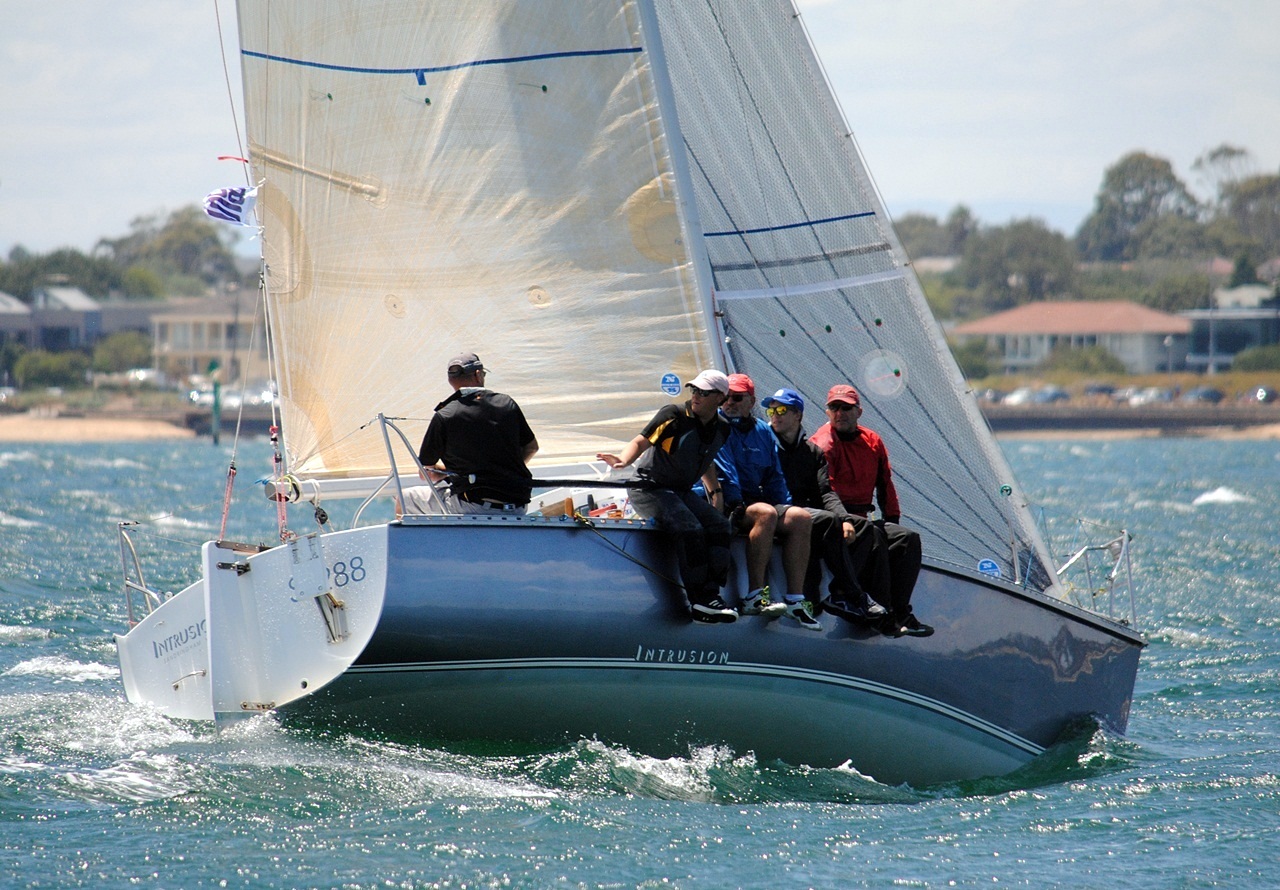 Reinehr today steered Intrusion to first place in the opening two races of the regatta and with mixed placings already has a five point margin.

In fourth place overall is Tim Campbell’s Recycled Reputation from HBSC on 10 points (6-4) while Merak (Bas Huibers) from the Royal Yacht Club of Victoria,  has 11 points (8-3).

Aside from Etchells, the S80 is the biggest one-design keelboat class sailed on Port Phillip and although Luke Reinehr has won nine successive State championships, the competition is very close.

Reinehr, a longtime supporter of the West Australian keelboat, says the S80 is a perfect small boat for the Bay, being fast and light and a great boat downhill in a breeze.