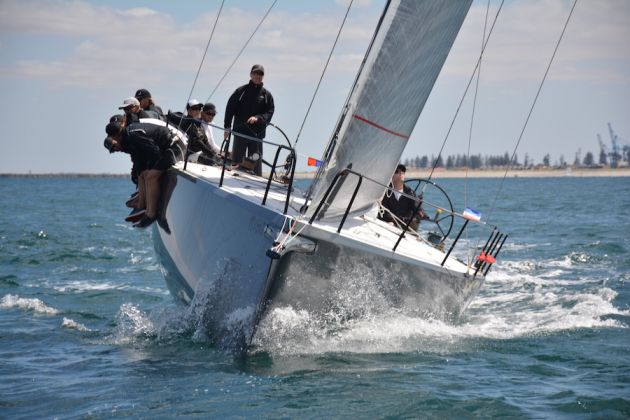 A strong interstate contingent joins South Australia's best racing yachts this week to create some of the most competitive racing in recent history as a 39-boat fleet does battle in the state's premier keel boat regatta.
Fresh off a line honours and IRC handicap victory in the Club Marine/Lexus Adelaide to Port Lincoln Yacht Race, Geoff Boettcher's Secret Men's Business heads in to the Lincoln Week regatta as a heavy favourite but will be put to the test against a range of competitive boats eyeing a regatta win.
In the mix for regatta honours is the Adelaide-based 45-foot Concubine, skippered by Jason Ward, as well as the Melbourne-based Simply Fun, skippered by Phil Coombs, both of which competed in last year's Sydney Hobart.
Lincoln Week regatta chairman Andy Dyer said there were several boats capable of winning the regatta on IRC handicap this week, which included several from interstate.
“We've had a really good contingent come over from Victoria and it certainly improves the regatta and makes it more of a national type event,” Dyer said.
He said as well as Secret Men's Business and Concubine, several other South Australian boats such as Adelaide'sAikin and Shining Sea and Port Lincoln's Fresh were going to be capable of winning.
“We've just come back from Geelong's Festival of Sails and I think our IRC fleet is probably as competitive, if not more so, as it was down there.
“Concubine and Secret Men's are definitely two of Australia's premier IRC boats at the moment so we know that the competition this week is going to be between some of the best boats going around in Australia.”
Six races will be sailed in the four-day regatta that finishes on Thursday, with the first two in-shore races scheduled for today on Boston Bay.
– Harry Fisher