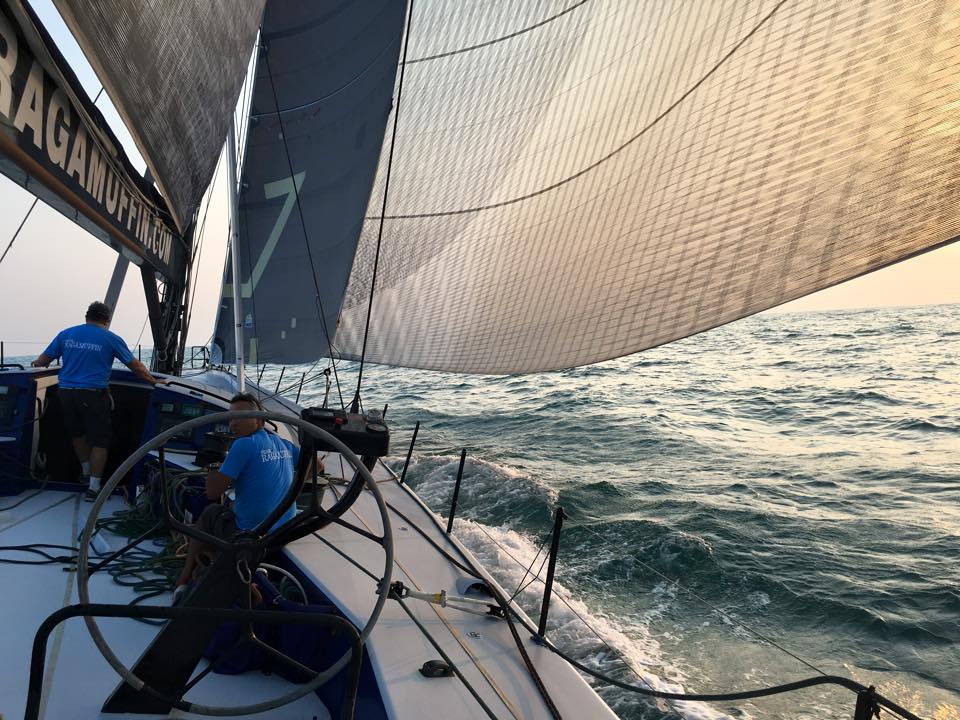 On board Ragamuffin during the race. Photo via Facebook/Team Ragamuffin.

The Category 1 Offshore race is known for its windy and warm weather sailing conditions and is run under the auspices of RORC.  Racing finishes in Nha Trang which boasts many family-friendly resorts and is very accessible with Cam Ranh International Airport located about 40 minutes from Nha Trang town.

The first entries hail from Great Britain, Italy, China, Russia, Australia, Singapore and Hong Kong. Among them is Team Australia; a Sydney based ORMA 60 trimaran owned and skippered by renowned yachtsman Sean Langman.  She will no doubt be vying to add to her list of records by breaking the current multihull record set by Atmosphere in 2006 of 47h40m25s.  In February 2013, Team Australia set a new record with the World Sailing Speed Record Council of 29h52m23s for sailing the famous stretch of water between Sydney and Hobart – over the 63nm, Team Australia averaged 22kts and reached a top speed of 39.6kts.

RORC Rear Commodore and Vietnam Race Chairman Joachim Isler (also co-owner of Mills 41 Ambush), summed up the race saying “it’s a very exciting downwind run, all the elements you would expect from an offshore race. Racing starts in cooler heavy conditions with the north-easterly monsoon breeze sending the fleet surfing down the track to a great finish in Nha Trang’s tropical conditions!”

Under a new name and owner, Seng Huang Lee’s 100ft super maxi Scallywag will be looking to better her 2015 monohull record of 42h17m24s when she was named Ragamuffin 100 and owned by Syd Fischer.

The Notice of Race for the 2017 Volvo Hong Kong to Vietnam Race starting on 18 October 2017 is available online at https://www.chinacoastraceweek.com/race